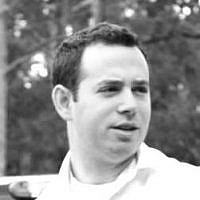 The Blogs
Jesse Holzer
Apply for a Blog
Advertisement
Please note that the posts on The Blogs are contributed by third parties. The opinions, facts and any media content in them are presented solely by the authors, and neither The Times of Israel nor its partners assume any responsibility for them. Please contact us in case of abuse. In case of abuse,
Report this post.

The ESPYs, an award show highlighting the power of sports on our culture, is like many other award shows. It has moments of laughter, eye rolling and wiping away of tears. Twenty one years ago, Coach Jim Valvano changed the award ceremony forever with his passionate acceptance speech while battling bone cancer. With his speech, the longtime NC State basketball coach launched the Jimmy V Foundation for Cancer Research and inspired us all to never give up.

Fast forward to last night, as longtime news anchor Stuart Scott accepted an award bearing Valvano’s name, the Jimmy V Perseverance Award.  In speaking of his own battle with cancer over the past seven years, Scott shared the following words:

When you die, it does not mean that you lose to cancer. You beat cancer by how you live, why you live, and the manner in which you live. So live!

I see Facebook posts and news articles write of the current situation in Gaza and Israel. I see friends and colleagues post videos and status updates from bomb shelters as sirens sound over them. I see individuals asking for a “Facebook fast” from all the mass postings from both sides. I see politically and socially driven narratives from all perspectives, from all walks of life. I cannot speak to the legitimacy of one account or another, but there is one thing I imagine to be true: War is a cancer. We battle and even when we think we are in remission we are always battling, questioning a possible return, a violent episode in our journey. We beat war by how we live, why we live and the manner in which we live.  May we beat all the cancers in our world, both physically and figuratively. In our pursuit of peace, may we take an oath to never give up hope. Don’t ever give up hope. As Rabbi Nachman of Breslov said, “The whole world is a narrow bridge, and the essential thing is not to fear at all.”

About the Author
Hazzan Jesse Holzer currently serves as the Cantor of the Jacksonville Jewish Center. Hazzan Holzer received his BA from New York University and completed a Masters Degree in Sacred Music and investment as a Hazzan from the H.L. Miller Cantorial Institute of the Jewish Theological Seminary in 2008 . He is an avid sports enthusiast, enjoys travel and playing piano, and is a devoted collector of Jewish music and rare prayer books.
Comments