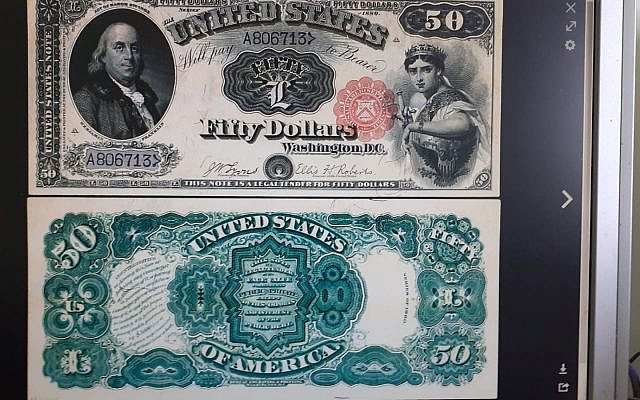 “Hashem Has Turned The Whole World Upside Down. We Are Now On A Ship In The Middle Of A Stormy Sea, With Huge Gigantic Waves”

Am Yisrael Chai is a Hebrew phrase meaning “The Jewish Nation Lives”. Despite all of our many enemies who aim to destroy us, the Jewish nation of Israel continues to grow and our Jewish population has now surpassed the 6 million Jews who were wiped out at the hands of the Nazis 75 years ago.

G-d Bless America is a well known expression which can be used to summarize my feelings about the surprising turnaround that took place at the Democratic Primary elections. American voters clearly showed the world that they want to uphold the values written in the Declaration Of  Independence and Constitution. The Democratic Primaries are far from over, but it appears certain that Joe Biden will collect enough delegates to secure the Democratic nomination for President.

The Democrats And Their Attempt To Impeach President Trump

The Democrats decided that they had enough evidence to Impeach President Trump after hearings that took place behind closed doors. Many lawmakers were upset by this secret process, but the Democrats proceeded despite this, and wasted valuable time and taxpayers’ money during this process.

The impeachment of Donald Trump, the 45th President of the United States, occurred on December 18, 2019, when the Democratic-controlled House of Representatives approved articles of impeachment on charges of abuse of power and obstruction of Congress. Trump was acquitted by the Republican-controlled Senate on these two counts of impeachment on February 5, 2020.[2]

The Coronavirus And Its Sudden Appearance

A 55-year-old individual from Hubei province in China may have been the first person to have contracted COVID-19, the disease caused by the new coronavirus spreading across the globe. That case dates back to Nov. 17, 2019, according to the South Morning China Post.

The Numbers One And Fifty

DUBAI (Reuters) – The new coronavirus kills one person every 10 minutes in Iran, the health ministry spokesman tweeted on Thursday, as the death toll in the Middle East worst-affected country climbed to 1,284.

“Based on our information, every 10 minutes one person dies from the coronavirus and some 50 people become infected with the virus every hour in Iran,” Kianush Jahanpur tweeted.

The 2008 Mumbai attacks[10] (also referred to as 26/11)[11][a] were a series of terrorist attacks that took place in November 2008, when 10 members of Lashkar-e-Taiba, a terrorist organisation based in Pakistan, carried out 12 coordinated shooting and bombing attacks lasting four days across Mumbai.[12][13][14] The attacks, which drew widespread global condemnation, began on Wednesday 26 November and lasted until Saturday 29 November 2008. At least 174 people died, including 9 attackers, and more than 300 were wounded

At that time, Rabbi Gavriel and Rivky Holtzberg were appointed to run the Chabad House there as the Lubavitch Rebbe’s shluchim. I am sure you all remember what a terrible tragedy it was when we found out that the Holtzberg’s had been killed in the attack, but their young son Moshe survived. Moshe recently had his Bar Mitzvah.

On January 15, 2020, Ami Magazine wrote an article that featured a visit to the same Chabad House. The reporter interviewed Rabbi Yisroel Kozlovsky who, with his wife and family, is now living there.

On Page 73, while the Ami reporter was touring Chabad House, Rabbi Kozlovsky found a video on his phone.  The Indian Government was recording the conversations between the terrorists and their commander in Pakistan. The Commander tells the terrorist in the Chabad House – “Every person you kill there is worth 50 people who are killed elsewhere”

It therefore is interesting that the formula given by the Mumbai terrorists during the Chabad House attack is the same one that is taking place in Iran at this very moment due to the Coronavirus.

When the newly elected House members who call themselves “The Squad” began their term last year, that marked the beginning of a change in the Democratic Party.

In a TOI article written by David Horovitz dated August 21, 2019, the following point is made-

Trump wants “The Squad” — Tlaib, Omar, Alexandria Ocasio-Cortez and Ayanna Pressley — to be perceived by the US electorate as the emerging face of today’s Democratic Party… and so do they.

So it was natural for most of them to become strong Bernie Sanders supporters. All Squad members except Pressley endorsed Bernie for President. And they continue to support him even today.

But after the March 17 primaries, it appears Bernie is becoming more realistic about his chances to win the Democratic nomination for President.  As I am writing this, Bernie has announced that he is reassessing his campaign, but no formal word yet about dropping out of the race.

But let’s say Bernie does suspend his campaign, then that should keep the Squad members quiet for the moment. But for how long?

You will notice on the subjects of Israel and the Palestinians, the Squad has been quiet these past few months, and have let Bernie do most of the talking. But when Bernie finally realizes that he should suspend his campaign and throw his support behind Joe Biden, then what will the Squad say?

In fact, Israel and the Palestinians should become a major topic when Joe Biden begins his campaign against President Trump.

Perhaps Bernie may realize that its time to support the Jewish State and show less support for the Palestinians.But I highly doubt the Squad members will do the same.

Bernie Sanders has done more harm than good to the Party’s image of being a staunch Israel supporter. His ability to attract Squad members did even further damage. Hopefully Joe Biden will be able to restore that confidence in the Democratic Party to the point that Jewish voters and those voters who support Israel, will be attracted to vote Democrat when they go to the Polls in November.

So the problem that the Democrats face right now, is not dealing with the views of Bernie Sanders, but those of the Squad members.

Since Benjamin Franklin was partly responsible for the Declaration Of Independence And The Constitution, Omar’s previous reference to him is disturbing enough. But during the past year, she continues to prove her disloyalty to both those cherished documents.

This is something that must not continue be ignored, by either Congress or the voters.