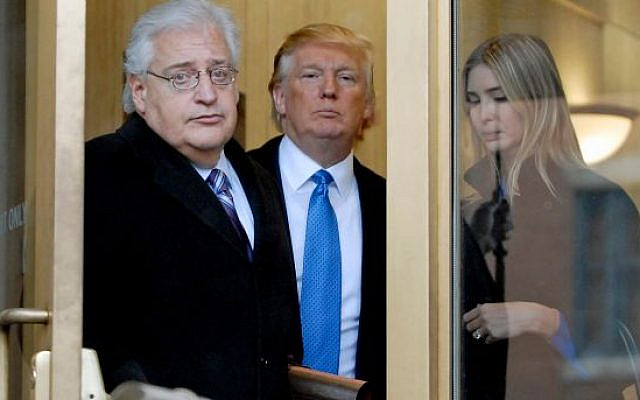 Amid all the continuing frothing about Dominic Cummings – and the deep gratitude, on my part at least, that there seems not to be anyone Jewish involved in this unrewarding saga – a few stories attracted
my attention.


One was a declaration by the religiously observant American ambassador to Israel, David M Friedman (for those interested, the “M” stands for Melech, or king, very apposite in the circumstances), about the state of the Jewish diaspora.

Mr Friedman, it must be said, does not think much of the “Jewish literacy” of the diaspora, and expressed this forcibly when addressing a Ha’aretz conference on Judaism, Israel and the diaspora last week.

The second story was one I wrote myself, the remarkable partnership between Camden Council, Arsenal Football Club, and our very own JW3, the Jewish community centre for London.

And the third story was one I knew nothing about, but was so glad to read, an initiative for civic mourning in Stamford Hill. It’s a giant palisade reading “We Grieve” and has become a place for people to gather every week and remember those who have died during the pandemic. The driving force behind “We Grieve” is an Anglican vicar, Rev William Taylor of St Thomas’ on Clapton Common.

For many Jews, the wall is the opportunity to remember Rev Taylor’s partner and friend, Rabbi Avrohom Pinter, with whom he worked to create a community centre in the area, Liberty Hall.

Rabbi Pinter died on 13 April of Covid-19 and I defy anyone to suggest that he was Jewishly illiterate. He was strictly Orthodox, of course, but he recognised that there was more than one way of being Jewish.

And more than that, more than one way of being human and humane.

Ambassador Friedman’s somewhat jaw-dropping comments, in which he pretty much writes off secular Jews, were as follows: “Even living by Jewish values of doing things that are morally just or helpful to others” adds “nothing” to one’s fluency [in Judaism], arguing: ““Let’s face it: Jews do not have a monopoly on acts of kindness, charity or social justice.”

We don’t: but what we do have is a commitment to chesed, or lovingkindness, and tikkun olam, or “saving the world”, two watchwords at the heart of what JW3 has been trying to do since lockdown forced the closure of its Swiss Cottage building.

In parallel with trying to run as many of its classes and events online as it can, JW3 – steered by its chief executive, Raymond Simonson – has been finding imaginative ways of using the physical space.

In an unexpected but triumphant partnership, JW3 has become the northern hub for helping to alleviate food poverty in Camden, taking delivery each week of thousands of tonnes of food – collected for Arsenal by an Islington church – and then distributing food aid to needy people in the borough.

Both Liberty Hall and JW3’s work are inspiring projects, and readers don’t need me to identify scores more, from Mitzvah Day onwards, in which Jews hold out their hands to help others.

They may not qualify, indeed, for the judgmental ambassador’s idea of “fluency” in Judaism, but surely they can be considered an entry point. There are many ways of expressing one’s Judaism, Mr Friedman.

Reaching out is surely better than doing nothing at all.