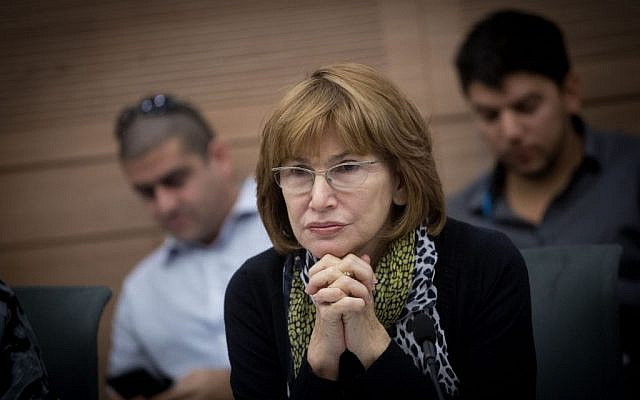 Newly appointed ambassadors, Mike Herzog to the United States and Yael German to France, put Israel’s worst possible foot forward, further exposing the corrupt and dysfunctional government that appointed them. Choosing to represent Israel to two of the most influential world powers, the prime minister who promised he and his government would be “ten degrees to the right of Netanyahu” somehow landed on a globalist lapdog and a post-Zionist activist. These appointments reveal how compromised and destructive this government is, to what degree post-Zionists have manipulated Israel’s institutions through the power of this government, and the length at which their ruination may have already spread.

First, Mike Herzog, older brother of President Isaac Herzog, Washington swamp creature, peace talks fixture, and senior aide to Ehud Barak, Amir Peretz, Shaul Mofaz, and a litany of other failed politicians throughout their careers. Standing out in his resume is his role as a negotiator in the disastrous 2000 Camp David Summit. Humiliating himself and endangering Israel has seemed to put him in the good graces of Washington as he has spent much of the last two decades frequenting its ocean of self-serving think tanks.

Herzog is an organ of Israel’s security establishment, itself a branch of Israel’s greater political establishment. To this elite, the greatest aspiration for Israel, the height of Israel’s potential, is to be a vassal puppet of the liberal world order. These people, by and large, are anglophiles. They love American music, American movies, American TV, American degeneracy, American corporate soullessness, American secularism, and empty American individualism. It is hard to imagine someone who would rather see Israel as the 51st state than exert its sovereignty against liberal bastion big-brother USA will stand up to America’s growing willingness to work with Iran and endanger Israel.

Next, Yael German, former Herzaliya councilwoman for the neo-Marxist Meretz Party who jumped ship to Yesh Atid upon its inception, serving as an MK under Yair Lapid’s faction for seven years before her resignation in 2020. The new ambassador to France who happens not to speak French, caught headlines in 2017, becoming the foremost advocate against the Nation-State Law, the law officially defining Israel as the nation-state of the Jewish people. In a Knesset debate on the bill in 2017, German specifically likened the Nation-State Law to South African apartheid, going a step further during a debate a year later, likening support or indifference towards to the bill to Polish indifference to the Holocaust.

The Nation-State Law became Basic Law (Israel’s equivalent to a constitutional amendment) in 2018 and was upheld by Israel’s far-left, activist Supreme Court earlier this year. Unless German has undergone some dramatic political realignment, Israel now has an ambassador who believes her country is a fascistic apartheid state on par with Nazi Germany. German’s beliefs are so radical were she not Israeli she may not even be allowed in the country, as is the case with many anti-Israel and BDS extremists, but because of her positive personal relationship with Alternate Prime Minister Lapid, her former boss of seven years, she is now representing Israel to one of the world’s most powerful nations.

In Herzog and German, we see the beneficiaries of Israel’s establishment nepotism; the ineffective and the radical. The Israeli people did not consent to this, 483,000 voters who voted for the ostensibly conservative Yamina and New Hope parties did not consent to this. Israel’s establishment has gamed the system, they lost the election but manipulated disingenuous, hollow right-wingers like Naftali Bennett and Gideon Sa’ar into giving them power. Now, Bennett and Sa’ar have no credible exit threat against the establishment’s demands, their voters have abandoned them just as they have been abandoned. Toppling this government and calling new elections, at this moment, is political suicide. Bennett and Sa’ar have become political hostages, slaves to every order and dictum of Lapid, Isaac Herzog, and the establishment, including the elevation of their cronies into key government positions.

This corruption is not limited to the flashy positions, the jobs that make the news. Bennett’s deal with the devil has made it open season on the administrative state, the day-to-day employees of the government, the faceless bureaucrats who actually execute the directives of the state, the “deep state” as some have called it. Filling these all-important, under-the-radar positions, discount Mike Herzogs and Sarah Germans, establishment-approved strawmen and radicals.

This is the government that promised to be “ten degrees to the right of Netanyahu.” Israel, you have been tricked, swindled, taken for a fool. You were promised effectiveness and you got empty suits, you were promised patriotism and unity and got post-Zionist extremism. It is time to demand an end to this coalition government.