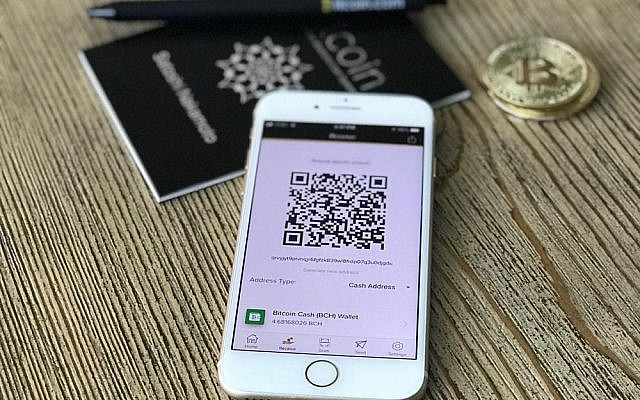 Israel was dubbed “The World’s Startup Nation” because it has the highest density of startups per capita in the world, and was recently rated #10 in Bloomberg’s 2018 Innovation Index. In recent years, Blockchain has also gained traction and Israel is on track to become a Blockchain nation. Last year, there were 200 blockchain startups based in Israel and this number is expected to increase even more. What’s more, this year, Tel Aviv hosted its first Ethereal Summit, which took place on September the 15th, as the event to end Tel Aviv Blockchain Week.

According to the Israeli Blockchain Association, most startups activate in the FinTech sector, but the security sector is also becoming more dynamic. But what exactly has been leading to this outstanding growth in the blockchain sector in Israel? Could it be the rapid pace at which fiscal and legal rules regarding blockchain and crypto altogether are being implemented, or because of the interest that the community starts to take in the IT and development sector?

What explains the rise of Blockchain ventures in Israel?

In recent years, the number of Israeli-based engineers and scientists have increased significantly, making the country take enormous pride in the experts they have sent into the world. The increasing number of Israeli startups, some of which are only 15 minutes away from each other, make the country perfect for the development of blockchain solutions. The government, as well as companies in the private sector, can only gain by implementing blockchain technology in the way they do business.

On top of that, keep in mind that Israel is a relatively small country, in an area that is quite politically challenged, and their need for development is bigger than ever. One can say that necessity is what actually fuels Israel’s desire for technology and innovation. And, if we are to learn something from the way humanity has evolved throughout millions of years, necessity is one of the biggest and most powerful evolution triggers.

Regulations seem to advance quite fast in the blockchain and crypto industry, which makes this type of technology much more appealing to the Israeli business sector. Legislative authorities, along with the powerful software and FinTech industry in Israel are working together to create a one-of-a-kind environment where cryptocurrency innovations and blockchain companies can thrive. One major brick that creates the foundation for blockchain technologies to develop in Israel was laid by no others that the Israeli Supreme Court. The decision in favor of cryptocurrency exchanges prevents banks, as well as other financial institutions, from restricting access to banking services for crypto companies. This came after banks stated such companies present major financial risks, but the Supreme Court views these statements as just speculations.

All over the world, regulatory bodies are working day and night to issue rules that can provide the legal framework for companies and investors to enter the crypto world without putting themselves in financial risk. Back in 2013, Israel was working to discover the tax implications of cryptocurrencies. Four years later, ISA (Israeli Securities Authority) put together a committee that started researching how finance laws applied to crypto sales and transactions. In 2018, it was declared that Bitcoin and other cryptocurrencies were not classified as currencies, but rather properties, and were taxed accordingly.

Around the same time, the ISA came up with a set of token sale recommendations, out of which the following three were deemed the most important in successfully classifying tokens:

One of the main concerns, however, was whether utility tokens could also be considered security tokens, so the ISA also suggested some methods for solving the issue.

The Israeli Tax Authorities also gave some clarification regarding the taxation of both virtual currencies and, what came as a world premiere, ICO-issued utility tokens:

As I mentioned before, there are over 200 blockchain startups in Israel, and the numbers seem to only be growing. While picking only a few is quite difficult, the three that caught our attention the most are:

Colu: an online platform that is used to buy and store goods, using blockchain technology. Sers can buy anything from art pieces to music or event tickets. Back in 2015, the company managed to raise 2.5 million dollars in seed investment.

Getgems: a messaging app that not only allows people to communicate, similar to what WhatsApp does, but also send each other cryptocurrencies.

CrowdWiz: a decentralized investment platform for cryptocurrencies, which allows users to ditch the middleman and make their own investment decisions. The company is based in Tel Aviv, as well as in Sofia, Bulgaria.