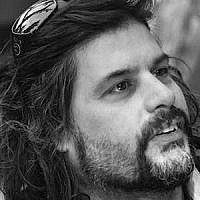 Product and service quality of the private sector is commonly governed by supply and demand, but government apparatus and public services are not, because they have been monopolized by the State. Their agents and officials granted immunity from prosecution for negligence and malpractice, are anonymous and impervious and unaccountable to the citizens they were hired to serve. This creates severe inequality amongst the parties before the law – a fundamental flaw to the rule of law!

The scourge and stain of 21st century slavery exists under the burden of the public administrative bureaucracy; a nameless, blind and address-less taskmaster, part of a larger system which exercises awesome power, but bears no direct responsibility and accountability for its action, under the law.

Individual citizen-clients can be stranded and mutilated in the public bureaucracy missing out on major parts of their lives and identity and dignity for no good cause. Bureaucracy can inflict untold and unchecked damage to individuals without legal respite.

The same administrative system unjustly grants itself and a litany of agents, officials and clerks immunity and transcendence from the consequences of their accidental or purposeful infringements and procedural mistakes and un-impeachability for professional negligence, negligent oversight, abuse against citizen’s rights and other offenses and crimes.

There exists a universal problem concerning the potential for entrapment under an emerging super power status of ‘digital and automated administration’ in cohort with apathetic officials. Combined with science and digital technology, public administration wields disproportional power today greater than any existing social force and therefore should not be left without rigorous and vigilant checks and balances to ensure its fundamental service is continually affixed toward the welfare of the individual.

Israel is equally afflicted by the dangers of an indentured citizenry. While Israel has successfully safeguarded many laws protecting the young, weak, impaired, punishing malpractice, negligence and the abuse of power, even passing a law obliging a stranger to come to the aid of someone in injury, danger or distress. Nonetheless Israel still does not have a comprehensive law to justly administer the public service and its officials and protect the citizen in the process. In creating one it could champion the universal rights of the individual before the administrative bureaucracy safeguarding a still undefined quality of human dignity for generations.

Major intellectual steps are necessary to address the reigning in of ‘non biological public apparatus and their human agents and officials” thus wisely preempting the potential for sufferance and repression of individual rights inherent in any too powerful system.

President Donald Trump’s chief strategic advisor, Steve Bannon called it “deconstructing the administrative state” by the reduction of regulations “for every one regulation, take away two” to relieve citizens and businesses of legal impediments to productivity. I suggest the specific burden of proof to demonstrate service and efficacy towards the citizen be placed on the administrative apparatus while at the same time deregulating.

The substantive issue here is the proper synergetic balance between cultivating and enabling complex administrative apparatus such as bureaucracies to perform efficiently in administering large populations while concurrently using the sharp instrument of law to protect individual human liberties from the dangers of suppression by misguided apparatus and officials.

The complexities of legislating down throughout the layers of the bureaucracy are so enormous they often seem prohibitive. However, non clarity of the law, continues to cause the oppression of the citizen by the negligence of civil administration. Simple and comprehensive clarity of law could lay the foundations for citizen-client prosperity under just public administrative law for generations. Protecting humanity from entrapment by administrative process and bureaucratic negligence and blindness may be one of the single most important legal achievements for human dignity of the next century.

I was inspired to recognize the imperative to make the bureaucracy accountable towards citizenry by an intellectual understanding of the need to check and balance emerging awesome power, especially of the modern fusion of administrative bureaucracy and digital administration, as well as from personally witnessing the affliction of hapless citizens by an unchecked administrative structure and its suffocating stranglehold over the weak and non-legally-protected les miserable inflicting on them untold harm and on the tselem of human dignity and causing long term human tragedy, injury, grief and lost opportunity and unnecessary conflict and adversity on generations of citizens. Sadly these transgressions are often done unintentionally by a blind mechanism and an uninspired mediocrity of human agency further compounding the tragedy that were it for more efficient management and better defined priorities, damage could have been avoided.

The first step is to clarify the extant of the crisis where an unequal and powerful entity exists which is arrogant and impervious before the law and offloads an unfair burden onto citizenry it is supposed to serve while avoiding accountability.

The second step is fair accounting of the direct and collateral cost of bureaucratic negligence to human life, limb, liberty, prosperity, peace of mind and psychological comfort, time, energy, property and resources, missed opportunity and unnecessary feelings of conflict amongst citizenry.

Accounting the price and cost of the damage to the individual by administrative negligence provides a basis for a compensation formula for injured parties of misappropriated administrative powers.

The third step is thoughtful and poignant legislation on a series of fronts:

To secure the centrality of citizen rights before administrative bureaucracy and digital governance and other non biological social management apparatus and their human agents and officials.

The principles can likewise be transplanted into other legislative fields including the proposed Israel public service law of 2014 (organization of the administrative branch and the rights of those who turn to the authority).

The legal challenge requires defining citizen-client rights before the bureaucracy as well as defining the obligations and responsibilities and limitations of government apparatus, it’s agents and officials toward the citizen-client.

Legal assurance that the burden of proof of best practices be incumbent on the administrative apparatus not upon the citizen-client. The administration must provably demonstrate efficacy, citizen client oriented service, respect for citizen’s time and energy, reduction of regulations, responsibility for inter bureau coordination, responsibility to ensure seamless passage of citizen-client through any administrative procedure.

Creating a mechanism of public accountability ensuring transparency, review and rating of a bureaus’ and officials’ duties, the ability to check and score every public official and bureau throughout the entire administrative hierarchy for services rendered.

Defining mechanisms, incentives and penalties to reduce regulations, ensure administrative reform and innovation and to enforce efficacy towards the citizen-client.

Defining a procedure to prosecute administrative negligence in the same way as negligence of a doctor, engineer in professional malpractice terms; serve fines and punishments to officials and bureaus found guilty of abuse of civil rights including prohibition to entrap, enslave, suspend, punish, delay thru inner-bureaucratic hold ups, harass or cause inconvenience to the citizen client during an administrative procedure, failure to ensure safe passage of citizen-client thru a bureaucratic procedure, in reasonable time and efficacy.

Failure of the administration to process the citizen-client request / issue within a reasonable time and efficacy is not only a violation of public administration law punishable by minimum fines and fair compensation, but is also a legally recognized impediment to the citizen’s pursuit of happiness, an offense against the basic fundamentals of civil liberty and basic laws, with criminal and greater compensatory implications.

At the end of this process I would like to see a simple mechanism installed – on an app – for the citizen-client, at the conclusion of any encounter with the public administration, to answer the following question:

Are you satisfied with this administrative procedure ? Y / N

If the answer is “No”, the public administration and their agents and officials are obliged to immediately and without further duress to the citizen-client find redress to any problem and to continue to do so until receiving the citizen-client’s voluntary and free willed “Yes”.