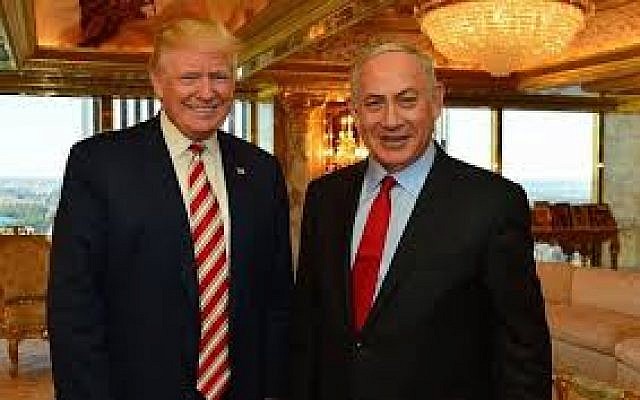 By most accounts, President Trump’s sudden decision last week to withdraw the remaining two thousand American troops from Syria caught Israel’s political and military leadership by surprise , and off guard. For reasons both practical and electoral (are they any different?), Prime Minister Netanyahu was loathe to criticize President Trump publicly. After all, the President’s decision to move America’s embassy to Jerusalem virtually enshrined him as a quasi-messianic figure among many Israelis. The Prime Minister, who has proudly touted the Israeli-American relationship as the best it’s ever been and the President his closest international ally (and was preparing to run for re-election on that claim), was in no position now to publicly change his tune.

The truth is, though, that Trump’s decision has left Israel in a much more vulnerable position than it would want to publicly admit. With American troops no longer in the way, Russia and Iran have a full palate of choices from which to create mayhem in the region. They can, and surely will, enhance their relationship with Hezbollah and arm them to the teeth, protect Syrian airspace from Israeli attacks of Iranian weapons caches, expose the Turkish Kurds, who have been our faithful allies, to the full wrath of Turkey’s brutal dictator Erdogan…yes, the days, weeks and months to come promise to sorely try Israel’s defense forces, endanger her citizens, and destabilize the entire region.

By this point, there is very little that President Trump might say or do that retains the capacity to surprise me. His twin strategies of disruption and distraction inevitably result in decisions that are made hastily, without a great deal of thought. Most importantly, they are made largely without consultation. The President has said that the consultative process limits his ability to “feel” a situation, and he’s made it amply clear that he trusts his own gut more than even the most seasoned advisor. God save us from his gut.

I am hardly alone in lamenting the ongoing, dangerous failures of the Trump presidency. This latest instance of decision by impulse has set off a firestorm of protest, including from some Republican Senators and Representatives who have been loathe until now to publicly criticize the leader of their party. I can only say that it’s about time. Welcome to the dance. But my more immediate concern is to try and understand why those in the Jewish community who have been rabid Trump supporters are so slow to recognize the man for who and what he is… a corrupt, narcissistic and amoral grifter.

When President Trump moved the American Embassy from Tel-Aviv to Jerusalem, Jews across the political spectrum were obliged to acknowledge the gesture, which was not without risk. After all, it was the realpolitik validation of something we all have known regardless of which political party was in power- that Jerusalem has always been the epicenter of Jewish national and spiritual aspirations, and even now, in the 21st century, it is the one true capital of the Jewish state. But when the President announced the move, there was, even then, more than an intuition of self-interest involved. He was playing consciously and premeditatedly to the evangelical Christian community so critical to his base, and to his party’s electoral prospects. Yet so many in the more right-of-center elements of the Jewish community saw it as a sign of his powerful connection to them, and his great affinity for Prime Minister Netanyahu… something President Obama was never accused of having.

But lo and behold… Israel has discovered what so many here in America and around the world already know. President Trump’s over-arching model of leadership is transactional, not rooted in some grand political worldview. He could not be less interested in political considerations, or, for that matter, the advice of experts. It’s about self-interest most of all, keeping himself on the front page and the focus off Robert Mueller, and only after that, a truly bizarre and uninformed understanding of America’s place in the post-World War II world.

If President Trump truly cared about Israel and her security, how could he possibly have decided to pull America’s troops out of Syria, leaving Israel so exposed and Russia and Iran so empowered? How could he “cut a deal” with Turkey’s Erdogan to “finish off ISIS,” and believe that this wouldn’t involve harming the Kurds, and threatening Israel? How??

The answer, I’m afraid, is that he couldn’t possibly have made this decision if he really cared about Israel the way so many Jews desperately wanted to believe that he did. Maybe Nikki Haley does. I’d like to think so. But not Donald Trump. The only thing he truly cares about is his own hyper-inflated sense of self. That is the man that Prime Minister Netanyahu has linked his, and Israel’s, destiny to.

I never shared the animus that so many in the more right-wing camp of the Jewish community, both here and in Israel, had for President Obama. I thought it grossly unfair. They were looking for an American president who would think and sound like Jabotinsky when talking about Israel, and instead they got an intellectual who struggled, as many American Jews do, with the complex competing narratives of the Arab-Israeli conflict. I had moments of serious disagreement with him, particularly regarding Syria. I thought President Obama dramatically failed the test of facing down Syria’s Assad over the use of chemical weapons. Bad mistake, both then and now. But I never for a moment doubted that he believed in a secure Israel, and the levels of aid provided to Israel during his administration bear that out.

As of this writing, the Democratic party is not overflowing with potential presidential candidates for 2020 who are designed to calm the fears of the right-of-center pro-Israel community. Many of us who are life-long Democrats, myself included, are more than a little concerned about the influence of the party’s more progressive wing on the Democratic policy platform as it relates to Israel. We are watching… closely.

But we are also watching, very closely, what seemed so obviously destined to happen- that President Trump, for reasons apparent only to him and without the requisite thought or preparation, would not hesitate to throw Israel under the bus if he thought it served “America First” purposes, and in so doing make of its northeastern border a disaster waiting to happen. Jared, Ivanka, are you there? Do you care?

This can only end badly…