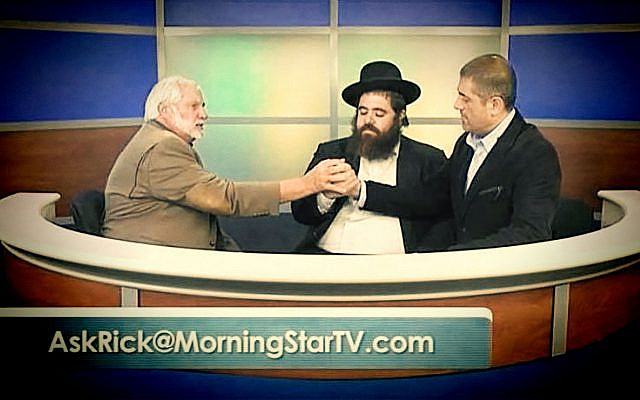 The messages started coming in Motzei Shabbos (After the Sabbath) from people who know my very vocal stance on people impersonating Jews for less than noble purposes: A Christian missionary had illegally immigrated to Israel using forged documents, pretended to be Jewish, impersonated a Cohen, did circumcisions despite no training, lied about being a sofer (Jewish Scribe), stole charitable money under false pretenses — all while secretly working for a Christian organization based in the United States that seemingly funded his operations.

The Rabbi was nothing more than crook and spy. (I have removed his name by request of the TOI editor)

There is a purposeful use of the word “spy” in regard to this issue, it’s full of meaning and obvious inuendo.  Israeli law prohibits certain types of proselytization, especially to minors, so American organizations have taken to hiding their intent and identity and funding fake Jews. Another such couple was recently exposed just a few years ago, having “trained” in the United States in several cities to infiltrate the community for devious purposes.

My own work on this subject has shown that this isn’t just a desire to “love Jews” a little bit more, but part of an attempt to “take over” Orthodox Judaism from the inside and put Christians in positions of power.  This is White Christian Supremacy at its worse: a faith that believes it has a right to invade other countries, people’s homes and lives for the sole purpose of destroying our people.

If these folks were employed by another Country, instead of Christian missionaries, Israel might very well have them arrested for treason and put in prison for life. As it stands, (NAMED REMOVED on request) faces a plethora of charges, including performing Bris Millah (Circumcisions) with absolutely no training, and forging documents about his and his wife’s background for the purpose of immigrating to Israel.

On examination, his life doesn’t make sense — and a trained investigator, would have noticed little discrepancies. He claims to have semicha from a rabbi that died in 2006, the yeshiva he claims to have attended isn’t “mainstream” and also has no records as it was bought by developers a few years ago. He goes to a BJJ gym that is run by Christians.

No one outside of his own little block had ever met him, no one in the United States knew him “before” he was in Israel, and there are no records of him on the internet before his move to Israel.

Nothing makes a lot of sense here for someone who claims to have been involved in the Jewish community for decades.

Then there was that time he appeared on a Christian TV Show and praised Jesus. That should have been a dead giveaway.

We need to be smarter: Jewish law is clear about using a sofer, for example. You should know that they have Yiras Hashemayim (Fear of the G-d, the Heavens) and be doing the work of our people. Religious Stores that bought his work and sold it, without even checking his credentials, where he trained, who his Rav was, should be ashamed of themselves.

They clearly didn’t know him, and now there are possibly thousands of fake Mezuzahs with possibly heretical beliefs about Jesus branded on them, sold to religious Jews. This isn’t just fraud, it’s an attempted attack on our neshama  (soul) by purposely degrading our religious items. He pretended to be a Cohen (a Jewish priest) to purposely defraud people, but also to gain a foothold into our community and our religious services. Urinating on a Sefer Torah would have been less disgusting than what he did, because he touched our children, cut into their skin, while muttering allegiances to evil dead men who killed our people. He wrote our holy words on Teffilin, while at the same time spreading evil words about Jews through his “scripture.”

How dare he, how dare they, continue this 2000 year history of persecution and attempted domination of our people. He has no right to do this, and I sincerely hope he spends a good time in prison for what he did.