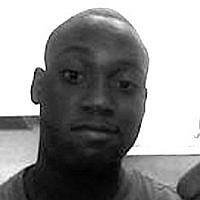 The Blogs
Dennis Austin
Apply for a Blog
Please note that the posts on The Blogs are contributed by third parties. The opinions, facts and any media content in them are presented solely by the authors, and neither The Times of Israel nor its partners assume any responsibility for them. Please contact us in case of abuse. In case of abuse,
Report this post. 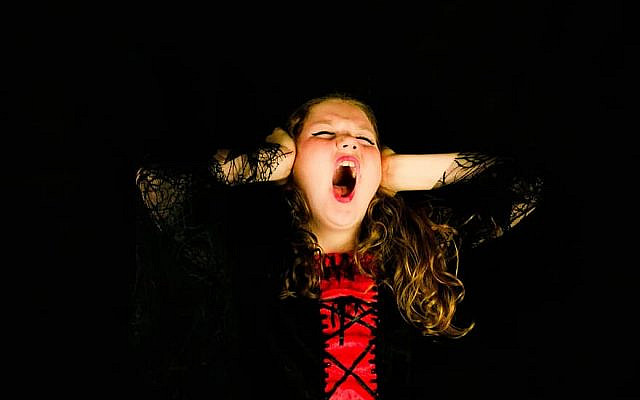 Austin writes: “Of course, it is in our nation’s chromosomes to rebel. The problem is that we are rebelling for no useful purpose.”

There have been numerous episodes of people refusing to wear a mask, even going so far as brandishing a gun. “Karens” are being escorted from airplanes for noncompliance as well.

We ladies and gentlemen have arrived at a crossroads in American society. Given that world-renowned scientist and medical expert Dr. Anthony Fauci can draw the ire of the contemptible Rand Paul, is an indictment on how stupidity has plagued our nation. Not that unintelligent Americans are anything new, more so their existence is annoying.

Of course, it is in our nation’s chromosomes to rebel. The problem is that we are rebelling for no useful purpose. On my social media timeline and elsewhere, several people are engaging in conspiracy theories. Memes, gifs, and poorly photoshopped images proclaim that Bill Gates is some evil mastermind who’s out to kill humanity and that wearing a mask is Stalin-esque.

Because yes, donning a mask intended to prevent the spread of a deadly virus is comparable to a corrupt and murderous dictator. This display of foolishness shows Americans’ classical ineptitude who cling to their flags and guns while screeching freedom.

Tee Allen Parker, a bar owner in Texas (unsurprising), strung together enough brain cells to utter the words, “We don’t live in a communist country! This is supposed to be America”. For this disturbed ninny to mention that wearing a mask is communist, while doing so in a capitalist country, is an insult to those who suffered under communist regimes.

For the clowns who stormed the capital building in Michigan against Governor Whitmer’s stay-at-home order, you are not the 2020 version of the American militia that fought for its independence from British tyranny. You are a small group of uncivilized, uncouth buffoons who probably haven’t read the constitution.

The video game militia, who create this fantasy that they are fighting against government tyranny, is our nation’s intellectual rot. It is not the truth they seek, but to fulfill their carnal desires, a figment of their imagination of fighting some boogeyman.

Thus, it comes without surprise that this usually rowdy bunch has gone quiet as actual government tyranny manifested in Portland, Oregon. A military veteran was beaten and bloodied, while we witnessed American citizens tossed into unmarked vehicles – both incidents committed by unidentified paramilitary officers.

If you wanted an opportunity to rebel, there it was, in living color. The grotesque display of abuse that we see and abhor in other countries occurred in real-time on the streets of a self-proclaimed democracy, yet the video game militia has disappeared.

As for their silence? It’s simple; they don’t care. They never did. To them, their protest was more of an affront towards the Democratic Party than it was an actual concern for their neighbor’s civil liberties. Just contrast how Faux News covered anti-masks protests versus the developments in Portland. Anti-mask demonstrators are rising against the encroachment of government with great valor. The other is a bunch of whiny, leftist, broke, unemployed, wannabe Marxist, twerking millennials who want to destroy America.

Can we be surprised at this phenomenon? In a country where people lap up the daily lies of a toddler president, most Americans’ inability to engage in critical thinking is not a shocking development to me.

Perhaps if we dressed up the coronavirus in a burka, would these faux revolutionaries take this pandemic seriously? After all, America always responds to perceived threats from Brown people in face coverings, saying mean things in a language they don’t understand, which brings me to my next point.

For decades conservative media has profited off the ignorance, fears, and insecurities of White America. The daily drivel from the mouths of Bill O’ Reilly, Rush Limbaugh, Sean Hannity, Tucker Carlson, and others have poisoned political discourse. An absence of editorial ethics has been apparent in this pandemic.

A study concluded that Sean Hannity was irresponsible in his coverage of the coronavirus pandemic, downplaying the seriousness of this novel virus. The ever-unintelligible Rush Limbaugh proclaimed that Dr. Fauci was a “Hillary Clinton sympathizer.”

Exploitation, not education, is what we are seeing. These media manipulators are more foe than friend, enemy than an ally to America. Media organizations are concerned less with these imbeciles broadcasting harmful rhetoric than they are with increasing revenues. They have convinced a segment of the country that masks are symbols of oppression, not objects for their safety.

This unconscionable stupidity has exacerbated the invisible threat. Texas, California, and Florida have seen an increase in coronavirus cases, where children are now 23% of hospitalizations in the sunshine state. We have seen a reluctance from our president to accept science and reason. The White House went on a campaign to discredit Dr. Fauci as the president called him an alarmist, with his family subjected to death threats. Polling shows that only 50% of Americans plan to take the COVID-19 vaccine upon availability.

People are still dying, hospital systems continue to be overwhelmed, and those who survive have other battles to fight – with healthcare costs and mental, emotional, and physical ailments coronavirus left them.

We live in inconvenient times. Yes, I, too, internally eye-roll at having to pat myself down whenever leaving the house. A few times, I have had to rush back home and retrieve my fabric friend. But it is for my safety, a shield of protection from a disease that, given my health history, I cannot afford to contract nor spread to others.

As states began to overzealously re-open, crowds of people swelled up beaches, lakefronts, walkways, and eateries without physical distancing or wearing a mask. It now has caused some states to reimpose restrictions – taking a toll on small businesses and struggling communities. Unfortunately, considering the well-being of others, even to safeguard themselves, is not a priority. Healthcare professionals are begging us to follow common-sense guidelines. This brand of American selfishness has and will continue to enumerate casualties.

What drives this behavior is a president and media who enable them. This irresponsible leader holds rallies, which may have worsened coronavirus cases in Oklahoma while parroting faulty health advice. We have media personalities, who, instead of serving the public interests, operate as the White House’s propaganda station.

Our political and media institutions have decided to abdicate leadership, leaving the worst of this country’s instincts to their own devices. The inmates are running the asylum, and we are in trouble.

About the Author
Dennis Austin is a political science major at the University of Illinois Urbana Champaign and regular contributor.
Related Topics
Related Posts
Comments