I should view this as an improvement. If you’d asked me to predict Americans’ response to a mass-murder in a church; I’d have said that the main argument would be over whether church choirs should carry handguns concealed under their choir robes or openly slung on velcro rigs for faster action. 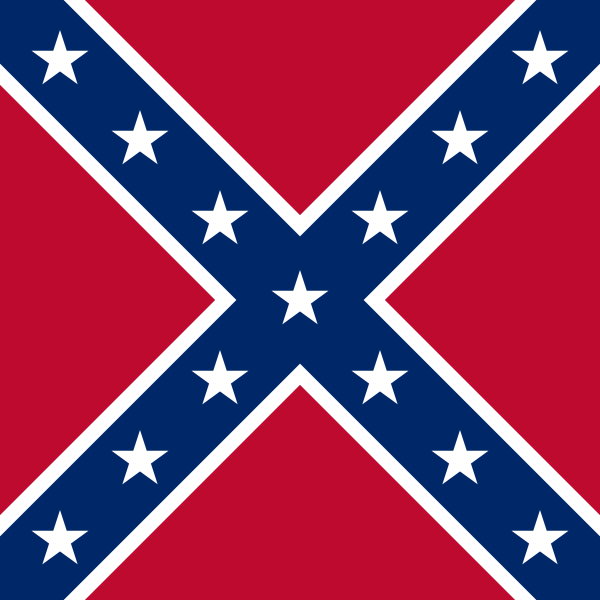 The Battle Flag of the Army of Northern Virginia: not the Confederate Flag (image: Wikipedia Commons)

I’ve given up on even noticing mass shootings in America. Slaughter in public places by maladjusted loners is either considered law enforcement (when the shooters are policemen) or the regrettable cost of keeping the populace armed against unspecified government tyranny. Or bears. Or people from another ethnic group.

America isn’t Europe, and in a country filled with rattlesnakes and bears and the cast of ‘Wired’, a heavily armed populace is, according to the democratically expressed will of the people, a necessity. Like electing judges or the Electoral College, it’s something about America that we just have to understand without understanding.

So what’s left is ethnicity, or in American terms, blackness.

I understand that earlier this week an American woman insufficiently black to call herself black has been pilloried for acting black.

Without wishing to commit my precious and dwindling stock of brain cells to reading more about this ‘scandal’, I can only conclude that America’s universities need to open departments of Race Science in order to determine who should or shouldn’t be considered black. What use is a social boundary that isn’t policed?

In Europe we are tighter on our gun control but looser on our race boundaries. A famous, not to say infamous, black police activist in Britain is Iranian. Being Iranian only makes you black in Great Britain. And Israel. Never in America.

In the context of this level of polarisation, flying the Confederate battle flag in South Carolina is like an unpleasant rash, a symptom of a problem. It is not itself the problem. South Carolina started to fly that flag after Reconstruction as a signal that the so-called white race wasn’t about to be bullied into equality with those they considered their racial inferiors. It was a marker that ethnicity remains immensely important in the culture of the United States. The flag documents the race-obsession. It does not cause it.

Is this the case only in South Carolina? What about Mississippi, where the Confederate battle flag continues to fly proudly as a gesture of defiance against the abolition of slavery and other abominations? Or in Maryland, where the outright abuse of power by Abe Lincoln prevented secession? Or in Missouri, a state which had white-only counties into the 20th Century? Or New York?

A protester walks away from Baltimore police, 28 April, 2015, with not a Confederate Flag in sight. (AP Photo/David Goldman)

I’m not being a prissy European either.  Racism is a thing in Paris and London and that Breivik fellow and all. It’s not only the Land of the Free that has problems with ethnicity.

Arguably, however, one of America’s cultural exports is its obsession with blackness and whiteness, its confrontation, its particular approach to ethnicity. Asian kids in London wear New York Yankees hats sideways and tracksuit bottoms around their hips because it’s a learned gesture of defiance against a promise of social integration that is, at least in America, a cruel trick. 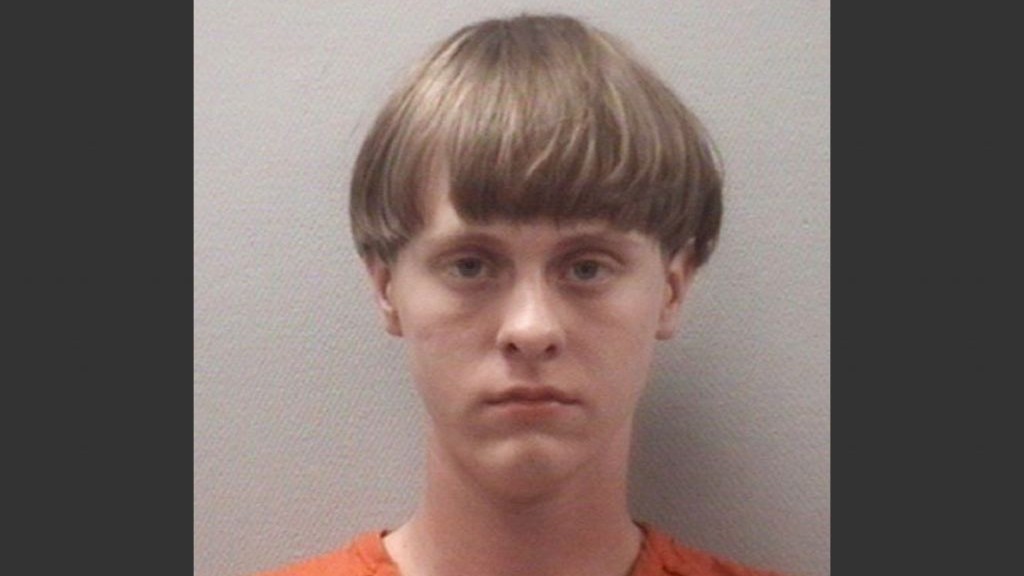 So, is Dylann (with two Ns) Roof a terrorist or a nutcase or a racist swine?

Debating whether extreme white-supremacist violence ought to be called terrorism is dodging the point. ‘Terrorist’ was a bankrupt term with no agreed meaning before the millennium. In the past 15 years its remaining usefulness has drained away completely.

Debating whether this mass murder was a terrorist act deceives us into thinking that this is about terrorism. Which it isn’t.

One could just as easily say that this is about mental health care in the community: in a civilised state a young fellow this seriously unhinged ought to be in the care of psychiatric nurses rather than buying ammunition. But that’s not it either:  restricting health care to those who deserve it is as American as selling .223 ammunition in K-mart.

The murder of some Americans by another American is, in this case, about a country that thought it was over the ‘race question’ when it elected as President a mixed-race man who identifies as black, the son of an inter-religious marriage, who would have been taunted as an “Oreo” (black on the outside and white on the inside) by the black kids at urban American high schools.

America isn’t over race. It isn’t over Reconstruction and Jim Crow and Watts and Rodney King.

Hauling down the battle flag of the Army of Northern Virginia in the Palmetto State would be a marvellous gesture of rapprochement, but without the rapprochement it would be considered by many to be a coerced aggression against the honoured dead of the Civil War.

America has been pretending for years that it’s got past its black-white divide to become the melting pot Israel Zangwill said it was.  But it isn’t.

This mass murder wasn’t about the flag. It wasn’t terrorism. It wasn’t about an unhinged young man empowered by law to go about his daily affairs with a loaded firearm. It was about a country that has still not come to grips with the scientific facts of its common humanity.