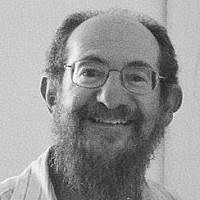 The Blogs
Doug Greener
Apply for a Blog
Advertisement
Please note that the posts on The Blogs are contributed by third parties. The opinions, facts and any media content in them are presented solely by the authors, and neither The Times of Israel nor its partners assume any responsibility for them. Please contact us in case of abuse. In case of abuse,
Report this post.

Eight years ago, I wrote that the Israeli media are reporting more about the U.S. elections than local news – or something to that effect. Well, it’s happening again. Israeli television, radio, newspapers and internet news sites are covering the Presidential campaign down to the last detail. Our regional neighbors are interested too, but they watch with envy. For them, democratic elections are “up in the heavens and beyond the oceans.” For their leaders, free elections are a distasteful foreign practice, just a waste of time. For us, they’re an affirmation of shared values. We’re curious about how our favorite foreign country does it. And we’re proud that it’s been doing it for 240 years.

I also wrote: “Candidates — new or tried-and-true — rise to the top based on nothing more than the votes of the people. And that’s an amazing thing.” My friends really appreciated that at the time. But back then, the one rising to the top was young, black, liberal, and oh so politically correct. Today, the one who may be the people’s choice is not-young, white, of questionable ideology, and oh so politically incorrect. My friends may not appreciate that so much today. Yet, the same system that worked eight years ago is still in place. It’s still the people, yes the people, who will choose. Not the professors, not the pundits, not even the celebrities.

Trudy, I and Aharon have sent in our absentee ballots. Eitan didn’t get a ballot probably because he forgot to register. Ami will vote in DC, where he lives. Many of our Israeli friends are astounded to learn that we can and do vote in the U.S. election, and that the little Greener family has a say in choosing the leaders of the two most important countries in the world. It’s a right and a privilege that we cherish.

My 98-year-old mother in southern Florida has been waiting eight years to vote for Hilary Clinton. She proudly wears the t-shirt we bought her back then. She received her absentee ballot and sent it back the next day. If it hadn’t arrived, her aides would be wheeling her to the polling station on November 8. Mom was actually born over two years before women had the right to vote in America. You can see her picture and read a little about her, and about many other similarly aged women, on a lovely site called “I Waited 96 Years.”

About the Author
Nursery school drop-out, former soldier-of-fortune, Doug Greener has had a checkered career on three continents before entering the world of blogging. "It doesn't pay very well," he tells everyone within earshot, "in fact it doesn't pay anything, but we bloggers, like our fellow joggers, loggers, floggers (most of these are today in Saudi Arabia, Sudan or Singapore), hoggers and froggers (don't ask; active in the non-kosher food industry), foggers and smoggers (most live in Los Angeles, Mexico City or Beijing), and sloggers and boggers (they have to spend a fortune on thigh-high boots!) are very dedicated to our crafts. We all have secret membership organizations which hold riotous parties on every conceivable New Year known to humankind." Doug also blogs on Israeli beer at www.IsraelBrewsandViews.blogspot.co.il
Comments