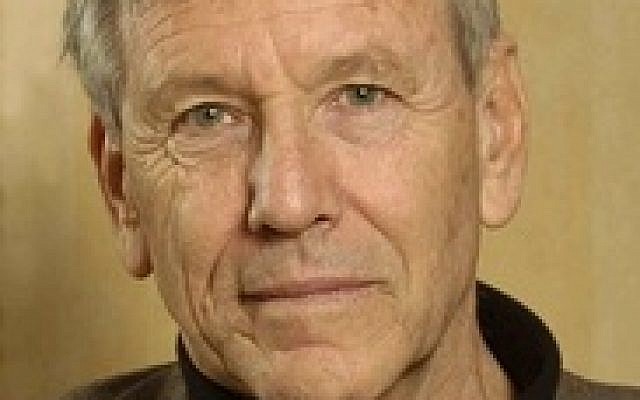 A few weeks ago, Israel lost a literary giant in Amos Oz.  Many in the Orthodox community disagreed with his political views as he was a true left-wing Zionist. He fought in the Six Day War and the Yom Kippur War, he was aligned with the Peace Now movement and he was a frequent speaker J-Street events. However, what really fascinated me about Amos Oz was his morning routine. He woke up early, he went for a walk and he then sat down for a cup of coffee. He then read a chapter of Tanach, a chapter of Mishna and a chapter from Sefer Aggada. As an Orthodox Jew, on the surface I have mixed feelings about this. On the one hand, he studied Torah, which is a wonderful thing. On the other hand, he was a completely secular Jew and did not view the Torah as religiously binding.

The Talmud espouses two seemingly contradictory messages regarding how to view Torah study for ulterior motives.  In one passage, the Talmud (Pesachim 50b) states, “l’olam yaasok adam baTorah u’mitzvot af al pi shelo lishmah she’mitoch shelo lishmah ba lishmah – a person should always engage in Torah study and performance of mitzvot, even if he does so not for their own sake, as through the study of Torah and performance of mitzvot not for their own sake, one will come to perform them for their own sake.”  This passage would suggest that Torah learned by a secularly minded person is still a positive thing, as it will ultimately lead him or her to learn with righteous intent.  Yet in another passage, the Talmud (Brachot 17a) states, “kol ha’oseh shelo lishmah noach lo shelo nivra – one who does them [Torah and mitzvot] not for their own sake, it would have been preferable for him had he not been created.”  In other words, this passage claims, if Torah and mitzvot such as learning, are not being done for the sake of heaven, it would be better for them not to be done at all.

Perhaps this debate reflects the famous debate between Rabban Gamliel and Rabbi Elazar Ben Azariah.  Rabban Gamliel would only allow students in his Bet Midrash whose external actions matched their inner moral traits.  Rabbi Elazar would not demand such moral perfection to enter his Bet Midrash.  And therein lies the question.  Is the Torah tainted when we accept its study from anyone, even those whose character is deficient, even from those who may not practice its dictates?  Or does the value of Torah study and the natural impact that it will have on those who study it outweigh this concern?

From my perspective, context is key.  In a world where all Jews are studying Torah and some are twisting its traditional meaning to promote and spread heretical beliefs which cause the masses to leave traditional Judaism, it is understandable to come out strongly against such use of Torah study.  With this context in mind, I am far more sympathetic to limiting the study of Torah to only those with pure motivations or those who intend to practice what they learn.  However, we don’t live in that world today.  Today, we live in a world where our greatest challenge is not heresy, but rather it is apathy.  Today we do not hear learned people twisting the Torah for heretical means; our far greater challenge is that we do not hear learned people debating Torah at all.  Today, we find ourselves pulled in so many directions that, consequently, many among us find little time for Torah study.  In this environment, I believe it is appropriate to invoke the Talmud in Pesachim, “… she’mitoch shelo lishma ba lishmah.”  Praiseworthy are those who learn, because even learning that is not done with the most righteous intent may eventually lead to that path.

If apathy is the great illness of our day, we must counter that with engagement in Torah.  Would I have preferred if Amos Oz would have studied Torah rigorously as an observant Jew?  Yes.  Nonetheless, in our society, I believe that his disciplined daily Torah study is to be commended, and hopefully all Jews, orthodox and non-orthodox alike, will follow his example in this regard.