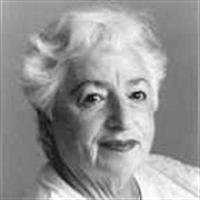 The Blogs
Dvora Waysman
Apply for a Blog
Advertisement
Please note that the posts on The Blogs are contributed by third parties. The opinions, facts and any media content in them are presented solely by the authors, and neither The Times of Israel nor its partners assume any responsibility for them. Please contact us in case of abuse. In case of abuse,
Report this post.

This week (4th June – 26th Sivan) was the yahrzeit (anniversary of death) of Rabbi Jonathan ben Uzziel; and hundreds of buses filled with men and women travelled non-stop all day to visit his tomb in the Galilee. What were they seeking? The secret of finding their divinely intended mate, their bashert, which the rabbi had revealed to his disciples on his deathbed. They believed they would find the answer if they prayed at his tomb.

You would need a very detailed map of Israel to show Amuka. There is no settlement there, no village. But you will be able to find it if you believe in miracles. For Amuka is said to be the source of many miracles, and the reason that Orthodox Jews travel from all across the world to come here.

To reach this spot, you must circumvent the beautiful city of Safed in the Galilee, in the north of Israel, and find the road that leads to Rosh Pina. Then take the opposite direction along a narrow road twisting and turning through fragrant pine forests. Arrows provided by thoughtful believers will lead you towards the mountain summit. There you will come upon a deep valley and see a lonely grave at the bottom. You have found Amuka.

Rabbi Jonathan ben Uzziel was born in the 1st century BCE and was Rabbi Hillel’s most outstanding pupil. He translated the prophets into Aramaic, and it is said that a Heavenly Voice was heard demanding to know who it was that had revealed His mysteries to man. Rabbi Jonathan answered that he had done so “not for the sake of personal honor, but in order that disputes shall not multiply in Israel.” And that’s not all. It is said that the words of Torah were so sweet on the lips of Rabbi Jonathan, that bands of angels gathered overhead to listen.

How this learned man came to occupy a revered place in the minds and hearts of so many Orthodox Jews, so that his gravesite would be the destination of hundreds of pilgrimages is a story in itself. It seems that because the Rabbi married very late in life, he and his wife were unable to fulfill the commandment to be fruitful and multiply. To compensate, he told his disciples on his deathbed that anyone who fervently wished to marry should pray at his tomb and their petition would be granted within a year.

The first time I visited Amuka was many years ago when a young Australian friend told me in Jerusalem: “I had been wanting to marry for several years, but somehow it never happened. Then I prayed at Amuka and two days later I was introduced to the young lady who will soon be my wife.” He believes the miracle was made possible by his visit to Rabbi Ben Uzziel’s tomb. Today, this couple are the parents of eight beautiful children.

Who knows? It must have happened enough times for the legend to develop. Another example: a few years ago, a young girl praying for a husband here forgot her “siddur” (prayer book) at the tomb. It contained her name and address. A young man found it, sought her out, and you can guess the happy ending. Since then, you’d be surprised how many people forget their prayer books with their names and addresses at the tomb!

Today Amuka has become rather popular and there is even a place for tour buses to draw up. But the first time I went there, was very early in the morning. There was a flight of steps descending to the grave, and a Chassid was chanting “Shacharit,” the morning prayers. The cadences rose, fell and were lifted by the pine-scented breeze towards heaven. Birds sang as we descended the stone steps between avenues of olive trees, their leaves glinting silver-green in the sunshine, giving way to walnut and oak trees as we approached the white-washed stone tomb.

Then it was a humble site. Over the grave, a roof had been built of asbestos sheet. A small table held prayer books and a metal stand with spikes to hold candles. It is easy to be caught up in the magic of the site, in this hidden valley of enchantment high in the mountains of Galilee, where you seem close to heaven and the Creator. The words of Genesis cross your mind: “Male and female, created He them.”

Although it is very early, people are already praying there… a yeshiva boy and a family that has come especially from New York to pray for a husband for their daughter Rivka, who is 20. Her father has curled “payot” dangling in front of his ears and her mother wears a “sheitel.” Rivka’s eyes are closed, her forehead touches the cool stone of the tomb.

“Of course I believe the legend” Rivka told me later, surprised at the question. “Why else would we have come from New York? I have many friends who were married within a year of praying here – how can you NOT believe?” Rivka’s young sister is also praying for her, and perhaps also for her own chances.

I had taken a friend there, having been married for many years myself, and been blessed with children and grandchildren. My friend was widowed and really wanted another partner in life. I hoped that her prayers would ascend directly to heaven and her hope would be fulfilled. However, it was not to be…. Something we have to learn as Jews is that even after a petition from the heart, sometimes the answer must be “no.”

But that doesn’t diminish the magic of Amuka. I have visited this beautiful and spiritual place on several occasions when I’ve been in that part of Israel. Always I’ve been aware of a unique atmosphere, a special serenity under the oak trees, a feeling of being in a holy place.

They say if you live in Israel and don’t believe in miracles, then you are not a realist. At Amuka, in the stillness and holiness of the site, it is very easy to be caught up in the legend and believe that you will “live happily ever after.” The number of people who have found their “beshert” after praying at Amuka attests to the fact that if you are sincere in your heart your chances are enhanced if you visit this quiet spot in Galilee . And it doesn’t hurt to leave behind your “siddur” that just happens to have your name and address on the title page!

About the Author
Dvora Waysman is the author of 13 books, including "The Pomegranate Pendant" (now a movie), its sequel "Seeds of the Pomegranate; In a Good Pasture" and her memoir "My Long Journey Home". She was born in Australia but made 'aliya' in 1971. She is also a syndicated journalist and has won several literary prizes.
Comments