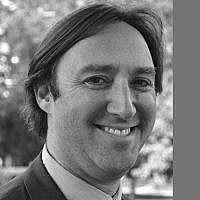 The Blogs
Joshua S. Block
Apply for a Blog
Advertisement
Please note that the posts on The Blogs are contributed by third parties. The opinions, facts and any media content in them are presented solely by the authors, and neither The Times of Israel nor its partners assume any responsibility for them. Please contact us in case of abuse. In case of abuse,
Report this post.

If anyone still had any doubts about whether the regime in Iran can be trusted to comply with its obligations under the terms of the Iran nuclear deal (formally known as the JCPOA), the remarkable intelligence coup revealed this week by Israeli Prime Minister Benjamin Netanyahu leaves no room for doubt.

And if anyone had forgotten the tangible, tremendous value America’s relationship with Israel delivers, from medical advances and dramatic innovations in technology, to obtaining half-a-ton of nuclear secrets that shed greater light on Iran’s nuclear work and progress than anything ever known or revealed previously, we got that reminder, too.

In addition to new information on indigenous production of nuclear parts and dramatic blueprints and plans, Iran’s clear effort to mount nuclear warheads on Shahab-3 missiles underscores a key issue of the current debate — despite Iran’s claims that its nuclear program is peaceful, there is now undeniable evidence of Iran’s attempt to acquire nuclear weapons and the means to deliver them.  Some in Europe looking to broker a fix to the deal have suggested imposing restrictions on Iran’s missile program only above 2000km. This new evidence makes clear that Iran can never be allowed to work on nuclear capable missiles of ANY range.

Moreover, the tens of thousands of pages of documents Israel has shared with U.S. intelligence agencies – whose authenticity America has confirmed – lay bare the lies Tehran systematically told international weapons inspectors for decades. The documents reveal a breathtaking campaign of denial and deception by Iran.

On May 12, President Trump has to decide whether to move ahead with the JCPOA, and keep exempting Iran from sanctions.

We hope that with the support of the European powers, he will be able to mend it not end it, and while the dossier put on the web by Israel’s Netanyahu shows there is a steep hill to climb, it also provides important avenues for investigation of Iran and strong international impetus to ensure a fix that guarantees full access for the IAEA, including intrusive, snap monitoring of all Iranian facilities, including those designated as military sites by the Islamic Republic.

The JCPOA, as currently written, is an unverifiable agreement that relies on Iran to tell the truth about their nuclear program through “self-inspections” of sensitive military sites. This is the same regime that routinely violates U.N. Security Council Resolutions on its ballistic missile development program – a strategic military capability that Iran only requires if its intention is to have the ability to deliver nuclear payloads and other weapons of mass destruction.

This incredible intelligence bombshell — which Israel says it will now share with other allies and the U.N. weapons inspectors of the IAEA — highlights a key weakness of the nuclear deal: Iran simply can’t be trusted.

Though President Barack Obama sold the deal saying, “This deal is not built on trust — it’s built on verification,” the IAEA was unable to learn the full scope of Iran’s nuclear weapons research.

It is now evident that Iran developed the technology to build uranium cores and detonators — and the engineering to place them atop a ballistic missile – and lied systematically to cover it up and maintain its nuclear infrastructure, hiding it during negotiations, for continued use.

The documents are also a crisis for the Nuclear Non-Proliferation Treaty. They show that Iran, which signed the treaty in 1968, ratified it in 1970, and joined the Safeguards Agreement in 1974, systemically lied to U.N. inspectors all through the 1990’s and 2000’s.

The JCPOA sunsets after 10 years, allowing Iran — without breaking the agreement — to establish an industrial sized, modern nuclear program in less 8 years that can produce fuel for a nuclear bomb in days. In just a few short years, and with total impunity, Iran could have everything it needs to build an unlimited amount of nuclear weapons. The current JCPOA is a patient pathway to the bomb, and it must be fixed.

America’s allies in Europe, with their eyes trained on commercial opportunities and potential access to Iran’s markets under the deal, claim they want to strengthen the JCPOA. Unfortunately, the European plan has fallen short of meaningful benchmarks for Iran that would ensure the deal would prevent Iran from acquiring the ability to make nuclear weapons.  This shortsighted approach by Europe — one which regards the current JCPOA as sacrosanct — has Iran feeling emboldened, seeing the West as handcuffed in pushing back, prevented by the accord in using sanctions and economic pressure, and unwilling to risk Iran’s walking away from the deal.

Iran’s deceit is complete, and it’s ability to reap trillions in financial rewards over the coming years as it reconstitutes a cutting-edge nuclear weapons capable infrastructure is not a risk the world can afford.

Any EU-brokered fix to the JCPOA must include the following: Snap inspections of all Iranian suspected nuclear facilities, including military ones. No more taking them at their word; a verifiable end to Iran’s missile programs, whether long- or short-range; No sunset — a permanent and verifiable end to Iran’s nuclear ambitions; robust limitations on Iran’s research and development on advanced centrifuges; and reinstatement of the U.N. arms embargo on Iran, and sanctions on IRGC officials that were removed under the deal.

Nuclear proliferation in the Middle East is not only a serious threat to Israel and our Arab allies in the region, but to the U.S. directly.  Were it not for the Israeli air assault that destroyed Syria’s plutonium producing reactor at Deir ez-Zor in 2007, the Islamic State terrorist organization might have had a nuclear capability.

The threat from a nuclear, revolutionary Iran – whose expansionist foreign policy is based almost exclusively on the pillars of “DEATH TO AMERICA” and “DEATH TO ISRAEL”  and seeks to equally dominate its Gulf neighbors – is even more alarming and dangerous.

If President Macron and European leaders like Angel Merkel, who after seeing Iran’s nuclear files laid bare, are now calling for an expanded framework for negotiations with Iran can reach a deal that actually delivers on those redline issues, President Trump should agree.

In the meantime, Israel has surely reminded us once again of its amazing prowess and unique value to the United States as our closest ally.

Joshua S. Block is CEO and President of The Israel Project

About the Author
Joshua S. Block is CEO & President of The Israel Project.
Comments