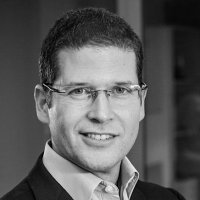 The Blogs
Denes Ban
Israeli tech entrepreneur-turned-investor on the weekly parshah
Apply for a Blog
Please note that the posts on The Blogs are contributed by third parties. The opinions, facts and any media content in them are presented solely by the authors, and neither The Times of Israel nor its partners assume any responsibility for them. Please contact us in case of abuse. In case of abuse,
Report this post.

Years ago, when I told my mother that I am leaving my high powered, well paid, and respectful executive job to become an entrepreneur, she looked at me and said:

“An entrepreneur is just a synonym for unemployed.”

Maybe that’s what you get when you have an all-knowing Jewish mother. Because the truth is, she was onto something! I learned the hard way that to lead a startup you must embrace the risk, grow a thick-as-concrete skin and develop a skill set vastly different from what you’d find on your business school’s curriculum.

For example, in the traditional business world, cognitive dissonance is something we like to condemn, while in the startup world this is not necessarily so. When we built our company, literally everyone around us – not just my mother – told us, “this is not going to work, and you should go back to your day job”. And by the way, statistically speaking, they were all right! A recent WSJ article recently pointed to a survey of startup founders by the Japanese Venture Enterprise Center. The findings were that more than a fifth of the founders said that people around them had been opposed to their starting a company. About 45% of those encountering opposition cited resistance from their mothers!

To form a company, you have to face the resistance and then close your eyes, hold your breath, and just move forward. Now, this may sound crazy but in order to become a successful entrepreneur, you need a good amount of cognitive dissonance to survive. But how much is healthy and how much is unhealthy? Well, that’s the unicorn (startup slang for billion dollar) question.

In the world of entrepreneurs, cognitive dissonance runs a fine line between helping and hindering success. Although I haven’t seen any statistics here, when you look at some of the most successful entrepreneurs in the world, they are often described as overly confident, cavalier, delusional optimists, who have disregarded everyone around them, including reality itself. But what we actually don’t see is how many ideas didn’t succeed exactly because of having too much of these same traits.

Nobel Prize winner Daniel Kahneman in Thinking, Fast and Slow writes that the chances that an American small business will survive for five years are about 35%. But the founders do not believe that the statistics apply to THEM. A survey estimated that 81% of the entrepreneurs (more than double of the TRUE value of those who will survive (!)) put their personal odds at 7 out of 10 or higher, and 33% said their chance of failing was zero.

In this week’s Torah portion, the plagues are approaching their climax. The Egyptians have already been devastated by nine catastrophic plagues. But the worst is yet to come. In the 10th plague the Egyptians are struck “measure for measure”.

During this episode we read that: “Moses said [to Pharaoh], ‘So said God, at about midnight, I will go out into the midst of Egypt”. A small detail in the verse is a bit strange and upon second glance, reveals something rather interesting:

Rashi – the famous Torah commentator – asks: why does it say ”at about midnight” (ce’hatzot) instead of “at midnight” (be’hatzot). Why was Moses so vague about the time, especially when God told Moses it will be exactly at midnight (and it also happened exactly at that time, just as God said…). Our Sages answer that Moses was afraid that the Egyptians might not accurately measure the time and, according to their calculations, the moment of the plague might occur a little before or after midnight and then that would give them an excuse to doubt Moses and his predictions. Therefore, Moses purposely provided a ballpark time for the 10th plague, so that they could not claim he was a liar and that everything was a coincidence and God does not exist.

…Seriously??? think about it for a second…

Moses has already accurately forecasted nine of the most supernatural miracles in world history and each of them happened exactly as he predicted. Now imagine we are in the middle of the 10th plague, and all of Egypt is witnessing it, exactly as Moses predicted…again. Would it really make a difference to anyone, if it happened exactly at midnight or a few minutes earlier or later? Would anybody really say: “Well, this plague hit at 12:04am and not 12:00am as Moses promised so, it must not have been the God of the Jews after all…it was probably some natural cause or some other reason.”…

The term “Cognitive dissonance” was coined in 1954 by psychologist Leon Festinger to describe “the anxiety that results from simultaneously holding contradictory or otherwise incompatible attitudes or beliefs.”

When someone has cognitive dissonance, it means that they can be so committed intellectually or emotionally to an idea that they prefer to avoid or even deny the truth rather than accept their error. Just find one minor imperfection or one slight mistake (even if it is not objectively true) and that will be enough to undermine the validity of the overall message and to impugn the credentials of an idea, a person, a community, a race, or even a country and reaffirm one’s original position.

The Sages revealed to us thousands of years ago an important insight into human nature: A person’s desire to maintain their own status quo is much stronger than any logic or rational. This means that even if a case is undoubtedly true and even if you present the clearest and most logical reasoning, if your foe has an emotional or intellectual dependence on the issue, they will automatically dismiss your arguments and it is almost impossible to change their mind.

This gives cognitive dissonance a bad rap…On the other hand, there may be times in life in which cognitive dissonance is useful. Along with entrepreneurship, it is commonly said that when dating you want to eliminate cognitive dissonance; but once you are married you may actually want to increase it. Harvard psychologist and happiness professor, Dan Gilbert, said that ”The psychological immune system works best when we are totally stuck…This is the difference between dating and marriage. You go out on a date with a guy, and he picks his nose; you don’t go out on another date. You’re married to a guy and he picks his nose? ‘[ohh] he has a heart of gold. [Honey], don’t touch the fruitcake!’”

Benjamin Franklin said: “Keep your eyes wide open before marriage and half shut afterwards.” Or, as I like to think of it: to have a good marriage you should always be winking at each other 😉

The USS Lincoln, a US aircraft carrier released a transcript of a radio conversation they had with the Canadian authorities off the coast of Newfoundland in October 1995. Radio conversation released by the Chief of Naval Operations 10-10-95 reads as follows:

About the Author
Denes Ban is the Managing Partner of OurCrowd, Israel’s leading venture capital fund. A serial entrepreneur turned serial investor, he founded and sold an HR company and co-founded PocketGuide, one of the world’s leading travel apps. Denes has lectured at Harvard, Kellogg, and INSEAD and trained thousands of CEOs and entrepreneurs around the world. After growing up without knowing he was Jewish, Denes found his way to a Yeshiva in Jerusalem and learned Torah for two consecutive years before returning to the business world. Now he uses his experiences representing Israel in Asia to share examples of what it can mean to be a Jew in the 21st c and writes a weekly blog that has spread to countless subscribers, combining the world of business, technology, philosophy, and psychology with his insights into Judaism and Zionism.
Comments