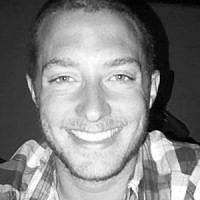 An excerpt from a textbook in the future:

“And so it was that the greatest country on Earth met its end. It was not through famine, war, or poverty, though those certainly posed threats; rather, it was through a quiet insistence on never being challenged, on always being right. It was in the silent sigh of debate as it passed into the night, the noiseless tear drops of critical thought as it bid this country farewell.

For it is when societies cease to think, cease to be challenged, cease to sharpen the points of their arguments against the steel of worthy opponents, that ideas die. When scientists forge peer-reviews to avoid challenge, when politicians silence their opposition with laws, when the children of today know not of the failings, the troubles, and the triumphs of yesteryear, that progress draws its last breath.”

“The United States failed,” the textbook will read, “because it refused to think, because it was more interested in the comfort that being right provides than in the progress that being wrong drives.”

I mourn today. I mourn for a school board member (!) who doesn’t know the name of one of the most recognisable figures in the history of American civil rights. I mourn today for the ten people who were murdered in Oregon because politicians refuse to curb gun sales (!!), pandering instead to a vocal and wealthy lobby. I mourn because with the spine of our leaders, goes the success of this country. I mourn because in the UN, in New York City, mere blocks away from the site of America’s most horrendous terror attack, a man called for the death of America while our leaders sat by and did nothing. I mourn because a rabbinical court in Jerusalem doesn’t have enough knowledge of the Torah to show respect to the decision of a preeminent sage in our time, to show compassion to a woman who voluntarily (!) put herself in front of them. I mourn because refugees die lonely, horrid deaths in the depths of the sea, trying to escape brutality at home; I mourn because those who survive are met with more.

Sukkot provides us a time to step out of our normal reality, to take stock of our lives from outside the system, to evaluate our direction, and make those all too necessary course corrections. We must urgently decide — do we want to choose life – with its hardships and failures and challenges, or are we simply content with living – surviving day to day, in our little bubble, while all around us the world burns?

About the Author
Hailing originally from Chicago and later from Israel where he served as a combat medic with the IDF, Samuel Millunchick was educated at the University of Illinois, at Yeshivat Yesodei HaTorah and at the Ida Crown Jewish Academy, Chicago. He now lives in London with his wife and children. Sam is involved in Jewish education across the London community, and is training to be an Orthodox Rabbi. Drawing on his experiences with Jews in all walks of life, Sam is passionate about ‘making Judaism accessible and appealing to every Jew’.
Related Topics
Related Posts
Sam Millunchick
Comments