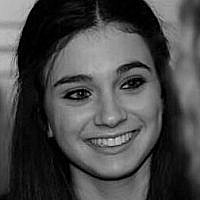 The Blogs
Ruby Koopman
Apply for a Blog
Please note that the posts on The Blogs are contributed by third parties. The opinions, facts and any media content in them are presented solely by the authors, and neither The Times of Israel nor its partners assume any responsibility for them. Please contact us in case of abuse. In case of abuse,
Report this post.

In December, a small group of students across all universities, years, disciplines and naturally, political opinions, were taken by the Union of Jewish Students on an intensive week-long trip, ‘Manhigut’, around Israel and the West Bank. The trip was eye-opening and challenging as the group was implored to reconcile their preconceptions with first-hand experience and consider the opinions of their contemporaries.

All participants learnt something new on the Manhigut trip but it was visiting the West Bank that had the largest impact on me, as despite countless trips to Israel, I hadn’t visited there before. In the West Bank we went to Ramallah where we spoke to citizens of the Amari Refugee Camp and the head of Fatah’s youth wing as well as receiving a tour around the Yasser Arafat Museum. It struck many of us how the same event or situation could be described by Palestinians and Israelis in such different tones that the meaning could be changed, despite the accounts being factually coherent to each other.

We then spoke with settlers from Eli and Ariel and finished the day with a tour around the ‘Achvah’ factory where we indulged in the freshly made rugalach produced by Israelis and Palestinians working side by side. This excursion gave the group invaluable exposure to the unmediated views of both the Palestinians and settlers. These meetings allowed us to develop a more nuanced position than the ‘Us versus Them’ argument often propagated in the media and on campus.

We also visited Israel’s often ignored areas of historic and current tension along its borders with Jordan, Syria and Lebanon. Realising the proximity of these borders to one another allowed us to better understand the motivations of policy makers and opinions of the Israeli public.

While in Jerusalem, the group had the option of going onto Temple Mount to learn about Muslim claims over the land, as well as the Christian presence in the Old City with a visit to the Church of the Holy Sepulchre. In addition, we visited Sderot and the Nahal Oz kibbutz, each holding disparate opinions on Gaza, despite both bordering the controversial territory. The variety of opinions found in such a small geographical area of those belonging to the same religion and holding the same nationality can be amplified to appreciate the truly vast range of views we may encounter in our highly diverse student bodies.

Amongst the fascinating visits, we were given audience with a wide range of experts, journalists, politicians and those involved in social action. Every speaker enlightened us with more complexities of the conflict beyond the focus of the headlines and unreservedly joined our discussions.

Far from entrenching any single view on the conflict, the trip provided ways for us to engage with multiple narratives and ask questions, and whilst it offered answers to many of the questions I brought, Manhigut also provoked many more questions which I am looking forward to exploring. Bringing our fresh insight back to campus is essential for maintaining a responsible, fair and healthy debate amongst British students on the Israel-Palestine conflict.

About the Author
Ruby is a Jewish student who reads History at the University of Birmingham, UK
Related Topics
Related Posts
Comments