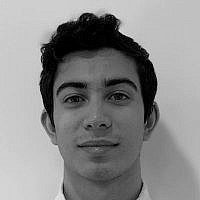 The Blogs
Matthew Paltiel Weinstein
Apply for a Blog
Advertisement
Please note that the posts on The Blogs are contributed by third parties. The opinions, facts and any media content in them are presented solely by the authors, and neither The Times of Israel nor its partners assume any responsibility for them. Please contact us in case of abuse. In case of abuse,
Report this post. 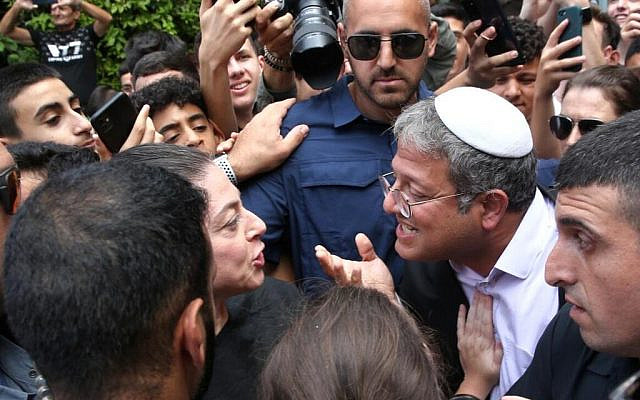 'Regarding his solutions, there is a tremendous lack of depth.' Itamar Ben-Gvir and Meirav Michaeli clashing outside a campaign rally. (Shaul Golan)

In light of the past five Israeli elections, one might be compelled to think that the deep divides between the Israeli right, center and left have always been this corrosive, thereby preventing the establishment of a sane government. In fact, even prior to the second ascent of Benjamin Netanyahu, and his current plan to return to power, such fractious splitting of the vote did in fact occur three times in the tumult of the 1980s, forcing the right and left to come together in a brief, albeit successful unity government.

The differences between the policies of the Likud and Labor parties were indeed vast, specifically on matters such as the First Lebanon War, approaches to market reform, and the unfolding settlement enterprise; yet there was one matter on which nearly all Knesset members, American Jewish organizations, and Israeli political leadership could agree upon, the disqualifying character of Meir Kahane. Collective, bipartisan, parliamentary boycott of a single individual would be nearly incomprehensible today both in Israel and across the liberal democracies of the West, where the very foundations of political liberalism are in question, and the validity of civil discourse is under assault. The father of the Likud, Menachem Begin, aptly described Kahane as an “unhinged lunatic.”

It is therefore horrific, as a religious American Jew, to watch the collective Israeli reappraisal of Meir Kahane, arguably one of the most incendiary Jewish figures of the 20th century, this time through the medium of his admiring disciple, Itamar Ben Gvir. Kahane, whom Shaul Magid has previously demonstrated to have been nurtured in a specifically American context, capitalized on his ability to captivate a Vietnam-era youth, and fashion a uniquely Jewish approach to the ‘radicalism of race, ethnicity and identity politics’ that characterized the 1960s; Kahane, like nearly all minority activists at the time, was definitionally countercultural, regardless of the vitriol he spewed; American Jewish youth, disenfranchised by the latent capitalism of the era, burgeoning secularism, and the romantic nationalism that the Six Day War evoked, fit well into this categorization.

Like nearly all populist figures, Kahane was rightfully loathed by an American and Israeli Jewish establishment which was repulsed and disturbed by his ideology’s seductive allure for young Jewish men. His selective citation of Jewish sources appalled American rabbinic leadership, the likes of which included R. Joseph Ber Soloveitchik and R. Yitz Greenberg. Regardless of Kahane’s rabbinic acumen and the near universal acknowledgment of his talmudic prowess, the father of the future Israeli Kach party existed well outside the American rabbinic consensus on Zionism and the state.

To directly compare the newly cheerful Ben Gvir to Kahane, and view Ben Gvir as the most recent, and most palatable, incarnation of Kahanism is an honest mistake that most American and Israeli pundits, religious and secular, have made; in truth, however, we are missing the forest for the trees. We, as American Jews, have become convinced that as the Start-Up nation continues to flourish, economically and politically, all of its citizens are basking in the trickle-down benefits of its policies. A brief survey of the periphery over the past decade demonstrates conclusively that the Israeli periphery, the former site of the ma’abarot camps and Black Panther democratic movement, is in a steep decline, with a shrinking population, aging infrastructure, and general sense of hopelessness that is more reminiscent of Cairo and Tunis than it is of Tel Aviv.

Enter Ben Gvir, who has fashioned for himself an eclectic blend of Religious Zionism and Mizrachi traditionalism; just as Mizrachim and Sephardim rebelled against Labor in the name of Likud in the late 1970’s, and Sephardi Haredim grew apart from Agudath Yisroel and founded Shas, the pundits now say so too with Ben Gvir and his new variety of Religious Zionism. This claim, while logical, overestimates Ben Gvir’s ideological depth, of which he sorely lacks. Indeed, the overriding tendency is to equate Ben Gvir’s rise with the global ascent of nationalist radicalization; but to do so is to totally ignore the  economic conditions upon which Ben Gvir has risen. Ben Gvir, like nearly every politician that Israeli politics has produced, savagely ignores the true socioeconomic needs of the periphery, in the name of the right to ascend the Temple Mount and the ‘right’ to eject Israeli-Palestinian citizens from the country.

What I am suggesting, that Ben Gvir is hijacking a desperately needed social campaign for the improvement of the quality of life for Israeli citizens in the periphery in the name of his perverse take on our Zionism, is nothing new. Nearly every opinion piece I have seen written over the past months addresses this, even if tangentially. However, they also end at this point. There seems to be a near universal consensus amongst American Jewish intellectuals that given the true ideological gap between Ben Gvir, his acolytes, and American Jewry, it is apt that we simply keep our mouths shut and accept Ben Gvir’s surge to victory this Monday. Indeed, this seems to be what most American organizations have done.

While counterintuitive, I would argue that it is only American Orthodox organizations that are uniquely positioned to condemn Ben Gvir, and single him out as the source of future discord between American Jewish leadership and Israel. As the American Orthodox population continues to grow, and increase proportionally each year, our community continues to fill the leadership of major non-denominational organizations across the country. American Orthodox youth continue to spend years at a time studying in yeshivot and midrashot in Israel, serve in the Israeli army, and make aliya, all of which ensures the security of the relationship between American Orthodoxy and Israel. As overall American Jewish identification with the state of Israel continues to decline, there now exists for American lay and rabbinic leadership a powerful opportunity to mark Ben Gvir as a man who, having never served in the Israeli army, has perverted the legitimate patriotism of Religious Zionism, endangers the future of a nominally liberal democracy and judiciary which we cherish, and who threatens the very stability of Israeli civil society. Simultaneously, Ben Gvir guarantees an irrevocable breach in the American-Israeli relationship. It would behoove each and every American Orthodox leader, whether they actively seek to build a big-tent American Judaism or not, to consider this truth.

About the Author
Matthew is a 2021 graduate of New York University, and the former president of its all-university Hillel. Previously, he attended the Rabbi Isaac Elchanan Theological Seminary, and is currently a graduate student at Icahn Mount Sinai School of Medicine.
Related Topics
Related Posts