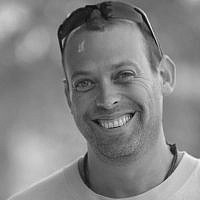 The Blogs
Oren Rosenfeld
Apply for a Blog
Advertisement
Please note that the posts on The Blogs are contributed by third parties. The opinions, facts and any media content in them are presented solely by the authors, and neither The Times of Israel nor its partners assume any responsibility for them. Please contact us in case of abuse. In case of abuse,
Report this post.

When I arrived at the Paratroopers training camp in Israel’s Negev desert, for the first day of filming for Beneath The Helmet – Jerusalem_U‘s latest film release — I thought I knew what to expect, because 20 years ago it was me going through the grueling IDF basic training which would turn me from a boy into a seasoned elite soldier. My memories were full of images of dusty tents, and depressed, exhausted trainees lining up for a couple of minutes on a public phone to call home. We lived on huge amounts of Coke and the ubiquitous Israeli snack “Bamba” during those months in the hot, noisy and to be honest, smelly tents!

As the film crew drove through the base, it dawned on me that things may have changed a little since “my day”:  The tents were long gone, replaced by modern dorms; there were gardens,  auditoriums, basketball courts and even picnic tables — “why” I asked myself “would you need a picnic table to eat a packet of Bamba?”.

"Beneath The Helmet" trailer

Check out & share the new trailer for "Beneath The Helmet" , which you can see in Israel on Dec 4th at Cinemateque, Tel Aviv – tickets are 35nis (discounts for students & free for chayalim) – Ticket purchases here: http://www.beneathhelmet.com/telaviv-en/

I fell into “things were better in my day” mode — How could the Israeli army train battle ready, tough elite paratroopers in this vacation resort?  The truth is, as we found out over the next eight months of filming, training has been hugely refined and improved since my time. Back then officers saw it as their duty to break their recruits, with the attitude that if you couldn’t handle the training, you wouldn’t be a good paratrooper, and it was their job to weed out those they deemed unfit for the role. Many failed to complete the course and few who did made it through without injury.

Today, as I hope we show in the film, officers measure success by how many trainees successfully complete the training — their job is to encourage the recruits to discover their inner strengths and resources, and to support them to dig deep and battle through the adversities. There are still recruits that don’t complete the course, but they would not even be there if the army did not believe them capable in the first place.

The 60km Beret March is the culmination of 8 months training

As I walked around the camp, thinking how much tougher we were ‘back in the day’, I met a  young man who lifted my spirits – Eilon Kohan sat on the floor munching Bamba and looking depressed – a real paratrooper finally!

“Officers coming down on you hard are they?” I asked hopefully,

“Not really” he replied,

“Training too tough?” I offered with the self-assurance of someone who’d completed his training back when the IDF had been truly tough.

“No, not too tough at all” said Eilon, “it’s just that I wanted to go into an elite unit but I got placed here in paratroopers”

We talked for a while, about how special and elite paratroopers really are, and how wearing the silver parachute emblem and red beret comes with major bragging rights as Israelis rightly hold parachutists in huge esteem – also unlike many elite units who operate in the shadows, paratroopers can tell people what they do – the possibilities to impress the ladies are endless! 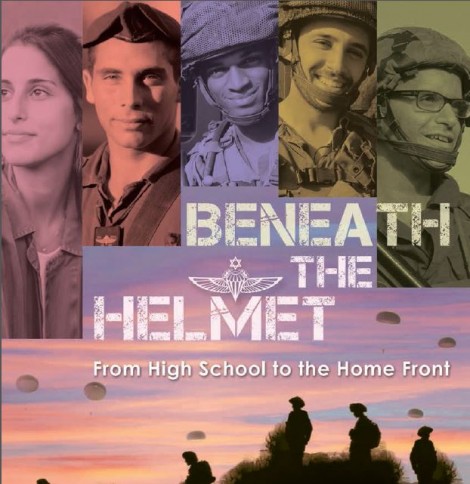 Eilon’s spirits lifted and his smile and sense of humor started to shine through. I knew that I’d found one of the five soldiers we would feature in Beneath The Helmet – a terrific young man from Ashdod whose sense of fun would engage audiences and who over time would be very proud to belong in this modern, very tough, warm and highly professional Israeli Parachute brigade.

Beneath The helmet is the latest release from Jerusalem U , a non-profit organization creating innovative and stimulating films and film-based educational programs with the goal of making young Jews feel proud of being Jewish and emotionally connected to Israel.

About the Author
Oren Rosenfeld worked as a photo journalist covering the second Palestinian Intifada and major news events around the world. Rosenfeld has produced, directed and filmed documentaries and investigative reports with the BBC, National Geographic, the History Channel, and many others.
Comments