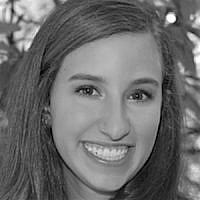 The Blogs
Hannah Greenwald
Apply for a Blog
Advertisement
Please note that the posts on The Blogs are contributed by third parties. The opinions, facts and any media content in them are presented solely by the authors, and neither The Times of Israel nor its partners assume any responsibility for them. Please contact us in case of abuse. In case of abuse,
Report this post.

As I walk out of my SAT and turn on my phone, I see that four more Israelis have been stabbed. This has become our sad new normal. I then proceed to order an Uber taxi home. Within a minute, I get a text message saying that my driver, Mohammad is on his way. Mohammad, he must be Muslim, I thought… Maybe as an American Israeli, I should have hesitated, it wouldn’t really be unwarranted, would it? Regardless of the driver’s religion, I’m a 5 foot tall, 17 year old girl, getting into a taxi alone with a stranger. Instead though, I was optimistic — I’d just started taking Arabic, and was hoping to strike up a conversation with my driver. What actually happened during my journey home however, far exceeded my expectations…

As I got in the car, Mohammed asked me where I was coming from. I told him that I had just taken the SAT.

“I’m sorry, I don’t know what that is. I’m not so educated, I’m not from this country.” he said in his strong accent and broken English.

This was my in.

“Where are you from?” I asked.

Sitting in Arabic class the first day, just a few short weeks ago, my teacher explained why it’s so important for us, as Jews especially, to learn Arabic. He explained that the Muslims are a humiliated people, and by learning their language, we are showing them that we do care. Hearing this, I was skeptical, to say the least. They don’t seem humiliated at all to me, I thought. What did I know…

“I actually don’t speak much Arabic. We speak Persian. But I know a little bit from the Quran.” he said.

He was clearly very intrigued by me. It didn’t take long for it to come up that I also speak Hebrew.

“I am.” I responded without hesitation.

Before I knew it, we were discussing Shabbat, the Messiah, the Torah, and the Quran. He was so fascinated by everything I was saying, and so uninformed about Judaism. He asked me about our Shabbat and why we celebrate it. I explained to him that it’s because God created the world in six days and rested on the seventh, so we do the same. He really liked this story and thought that was a very good reason. We agreed that neither the Quran nor the Torah ever says to kill anyone, and that only radicals do such things. When he told me that Jesus was the Christian’s messiah and David was the Jews’, I corrected him.

“David wasn’t our messiah. We’re actually still waiting for the messiah.” I explained.

“Really? So are we! So what happens when the messiah comes?” He was so excited.

“Well he wakes up all the dead people and there’s supposed to be peace.”

Here we were, a muslim and a Jew innocently discussing our own religions, and answering each other’s questions, without any prejudices. He was surprised by how many similarities there were between our religions, and so was I.  And then he opened up to me even more.

“You know I expected America to be the greatest place in the world… That’s what we all think back home.”

“No, it isn’t. I actually prefer Afghanistan. Yes, we have our security problems, but we love each other. Back in Afghanistan, a person can work and feed their family. Here I work, and I can’t even feed myself.”

“And here, people think we’re all terrorists. When they see my name, Mohammad, they don’t want me to drive them.”

And at that moment my heart broke for him and his people.

“Why do you want to learn Arabic, anyway?” he went on to ask.

“Because I don’t think you’re all terrorists.” I responded.

And just like that, we’d bridged the gap in understanding that was beginning yet another war in Israel as we spoke. I will always remember Mohammad, the Uber driver who opened up to me and reminded me that we’re all just people. And I hope Mohammad, a Muslim who previously knew nothing about Jews, good or bad, will always think of us Jews fondly.

About the Author
Hannah is an Israeli born, New Jersey raised, high school senior. She is passionate about Israel, writing, drawing, and an avid rock climber. After high school, she hopes to return to Israel and serve in the IDF.
Related Topics
Related Posts
Comments