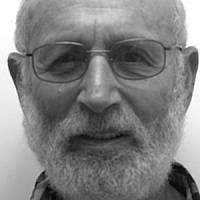 The Blogs
Edward Stern
Apply for a Blog
Advertisement
Please note that the posts on The Blogs are contributed by third parties. The opinions, facts and any media content in them are presented solely by the authors, and neither The Times of Israel nor its partners assume any responsibility for them. Please contact us in case of abuse. In case of abuse,
Report this post.

My name is Edward Stern a resident of Tel-Aviv with a long-standing interest in my countries politics and policies. Regarding those interests I would like to ask you some questions.

Your party and you represent a policy of annexation of the Territories. This policy can be seen partially through recent activities dealing with the court system in Israel which were strongly backed by you and your party One indicator would be your recent  transfer of issues related to the Territories to a district court level of jurisdiction as opposed to the Supreme Court Another indicator of your policy is the recent passing of the Nation -State Law as a Basic Law which to many including myself is an attempt to undermine the authority of the Supreme court.  Many view the limiting the power of the Supreme Court in both above cases as an attempt to lessen the power of an institution that has been a major stumbling block to annexation of the Territories. More subtly by limiting the power of the Supreme Court and the giving of weight to Jewish settlements within the recently passed Basic Law you have seemed to have placed the creation of Jewish settlements as state policy while greatly lessening  the  possibility of legal interference. Although this approach could certainly be used for settlements in the Galilee it opens the door wider for annexation of the territories I would like to add before asking some questions of you, that I am a firm believer in Jews keeping control of our state. Without this control the entire enterprise which we call Israel makes little sense. At any rate given your policy here are my questions and concerns.

The Army: From my understanding the army has for some length of time has been uncomfortable with its role as a policing force in the Territories From the standpoint of national defense there has been a feeling within the army that its monies and training time would be better spent in the creation of a fighting force as opposed to a policing force. The latest plans of the army for its future points to a future as an integrated mobile, agile fighting force which may have the objective of quick penetration into enemy territory to eliminate missile threats against Israel  In contrast to this the annexing of the Territories will in all probability simply extend and deepen the army’s role as a policing force. This entails larger manpower, resources and training in this direction. Given you policy of annexation how will you deal with this contradiction?

Social services:  After annexing the Territories do you intend to avail social services to Arab residents of what will now be an integral of Israel. Will these new residents of Israel be eligible for the full package of these services? If so how do you intend to finance this new massive outlay of funds? Many economists believe that even today given the limited tax base of Israel stemming from its  unproductive sectors that the economy as we see it today is basically unsustainable. How will these further expenses be financed?

Voting: Will the Arab residents in this now enlarged Israel be granted the right to vote? If so how will you guarantee the continuation of a Jewish dominated Israeli state that you so strenuously fought for in the recently passed Nation- State Law. If the vote is not granted how will you deal with the oddity of pre-1967 Arabs voting and post annexation Arabs not voting. Finally, in this light how will you deal with the enormous domestic and foreign pressure to allow this population to vote?

Dissent: Israel in is present situation is racked by dissent stemming from economic, military and political issues. One could surmise that the inclusion of the Territories as an integral part of Israel will only increase these tensions in Israeli society. There are those who say that this splintering of Israeli society is far more dangerous than any external enemy. In your opinion how should this seemly inevitable increase of the fracturing of Israeli with the inclusion of the Territories in Israel be dealt with.

In conclusion you are a leading member of a political party which is setting the tone for the direction of state policy. Furthermore, according to recent polls, you yourself are held in high regard as a potential Prime Minister. In this light if you could find the time despite the pressures of your work to answer my questions I would appreciate it.

About the Author
Born and educated in the United States Edward Stern has spent most of his adult life in Israel with the exception of five years when he lived and worked in China and Korea. He is an English teacher and sometime editor with a life long interest in politics and history. Some people have told him he is also a good photographer.
Comments