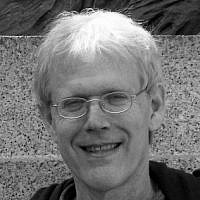 It is called Netanyahu Silently Indicts the World.  It is at www.timesofisrael.com/netanyahu-silently-indicts-the-world/ .

This is my respectful reply:

As usual, all deepest and sincerest regards, respects, and esteem.  As well as gratitude for authorization to post here.  And of course all of this deepest respect is as constant as day and night.

But can’t help wishing I knew why it isn’t–instead–Prime Minister Benyamin Netanyahu who stands indicted for his continuing occupation and settlement–and to this day–expansionism.

As recently as Thurs., Oct. 1, The Times of Israel reports that “Defense Minister Moshe Ya’alon has reportedly decided to expand the West Bank settlement bloc of Gush Etzion south of Jerusalem to include a compound Israelis hope to turn into a new settlement.”

“The move comes after Ya’alon approved construction on the site in June and will allow for the creation of a new settlement on the land, which formerly housed a Christian-run hospital.”

Yes, occupation and settlement expansions to this very  day.

And why Netanyahu the one indictable for his incendiary delusional charge that, on the Iran deal, the world is “embracing the Iranian regime.”

So: Whose “international morals” are in “demise” ?

Their morals part of an international demise?

These three Western Democratic world leaders together co-authored an Op-Ed for the Iran Deal in the Sept. 10th Washington Post.

It is entitled:  Why we support the Iran deal.

Cameron, Hollande, Merkel, and Obama himself are all on precisely the same page on Iran.

It is entitled: Iran deal is a win-win.

Albright’s are part of a demise of international morals?

On August 30 in Politico they co-authored a learned Op-Ed in support of the Iran Deal.

It is entitled: There Are No Perfect Nuclear Deals.

“At the height of the Cold War, the Soviet Union had thousands of nuclear warheads aimed at American cities, and the Soviets were subject to numerous arms controls agreements. But progress was hard-fought and incremental at best. In an ideal world, the Soviet Union would have agreed to more severe constraints than those agreed by Presidents Kennedy, Nixon, Ford, Carter, Reagan and Bush, for example. It would have dismantled all of its nuclear weapons, stopped its human rights abuses and halted its meddling around the world.”

“But, as all of these presidents – Democratic and Republican – understood, holding out for the impossible is a recipe for no progress at all. Congress should take the same approach today to the Iran nuclear deal.”

They relate their intensive direct first-hand experience in arms control:

“We know something about the long history of such agreements. During our combined 60 years in the U.S. Senate, we participated in countless meetings, hearings and trips around the globe focused on reducing the threats posed by weapons of mass destruction. The centerpiece of our efforts was the Nunn-Lugar Act, passed in 1991, which was the basis for two decades of hard work that resulted in the safeguarding and deactivation of more than 7,000 nuclear warheads, hundreds of missiles and bombers, and numerous other elements of the former Soviet Union’s WMD programs.”

Senator Lugar’s and Senator Nunn’s morals are part of an international moral demise?

Pope Francis praised the Iran Deal in addresses, on Sept. 24 at a The Joint Session of The United States Congress and on Sept 25 at the United Nations.

On Sept. 24, at the Congress, with his dignity and gravitas, he said:

From this perspective of dialogue, I would like to recognize the efforts made in recent months to help overcome historic differences linked to painful episodes of the past. It is my duty to build bridges and to help all men and women, in any way possible, to do the same. When countries which have been at odds resume the path of dialogue – a dialogue which may have been interrupted for the most legitimate of reasons – new opportunities open up for all. This has required, and requires, courage and daring, which is not the same as irresponsibility. A good political leader is one who, with the interests of all in mind, seizes the moment in a spirit of openness and pragmatism. A good political leader always opts to initiate processes rather than possessing spaces.

On Sept. 25, at the United Nations General Assembly, again with his characteristic unparalleled tact and gravitas, he said:

The recent agreement reached on the nuclear question in a sensitive region of Asia and the Middle East is proof of the potential of political good will and of law, exercised with sincerity, patience and constancy. I express my hope that this agreement will be lasting and efficacious, and bring forth the desired fruits with the cooperation of all the parties involved.

But these are the most relevant parties in the UNGA to the Iran deal.

And if it was not them that Netanyahu meant –Then. Well. Who?

Who, David, is Netanyahu saying, at the UN — relevant to the Iran Deal — and you apparently agreeing with him — is allegedly embodying nothing short of … the demise of international morality?

Who, if anyone, who is remotely relevant or applicable in his address, is worthy of that menacing and gauche and grandiloquent operatics of his — positively feral and melodramatic and operatic — “silence”?

The distinguished persons above are not occupying and settling.

They are not perpetuating systematic discrimination over another land and people.

It is Benyamin Netanyahu himself who is.

It ia Netanyahu who is the most obvious–relevant–recipient of a melodramatic and operatic glare of “silence” for — moral demise.

With all respect I wish I understood better what you mean, you whom I so much respect and am grateful to as a journalist and benefactor.

Again with all the best will in the world — most truly and most deeply sincerely — I just wish I understood. Again my deepest regards.