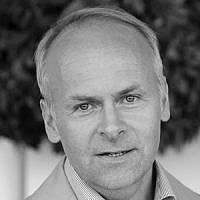 Allow me to introduce myself. My name is Tomas Sandell and I am a friend of Israel. Please do not stop reading here because I have more to say. Although we have not met in person, I had the opportunity to listen to you in the United Nations in New York the other week. I was seated in the balcony so you may not have noticed me. I am not a VIP.

But frankly, I was more comfortable being seated there at the back of the conference room than on the exclusive panel in the Security Council where you called the Israeli occupation the root cause of the conflict between Israelis and Arabs. Did it ever cross your mind how some of your friends on the panel, Venezuela, China, Egypt or Russia, treat their own NGO activists? Let me give you a hint. They are hardly invited to speak at the UN. You will simply have to read the latest report from Amnesty International to find out whether they are still alive or simply locked up in jail for their dissent.

But on the other hand, pointing out Israeli sins can be a lucrative business if you are on the right side of the argument. I should know, because I am clearly on the wrong side. Trying to run a Christian pro-Israel NGO in Europe is no easy task. If I were to be clever like you (I read on your bio that you have a degree in astrophysics!) I would of course run a pro-Palestinian campaign. This way I would automatically have access to government funding and EU money. And I may even be invited to speak before the UN Security Council in New York.

Let´s face it.  No other country, except for Israel, would accept that a domestic NGO is campaigning internationally against its own democratically elected government. When did you last see a Basque separatist openly criticize Spain at a UN hearing or a Scottish independence campaigner explain how corrupt the government in London is before the Security Council? Not to mention the opposition leaders in other peace loving UN member states that share your point of view, such as Iran, Cuba, Venezuela, Sudan or North Korea.  Never.

So congratulations. You have clearly chosen the best of both worlds. You live in the only democracy in the Middle East while at the same time make a comfortable living in campaigning against this very government. Come to think of it – how do the neighbours of Israel treat their own dissidents. Oh, I am sorry. We should not get side tracked. We were to discuss Israeli occupation. You claim that the occupation (not sure if you are speaking about 1948 or 1967? Mahmoud Abbas seems to be leaning towards 1948 now) is the greatest obstacle to peace. So does the EU. Why do I think that you are completely wrong? Simple. If the occupation in 1967 is the main obstacle to peace, there would have been peace and brotherhood between Israelis and Arabs before 1967. That has clearly not been the case. Just ask your parents, in case you missed it.

But I should not be upset with you. Your work is actually helping me to prove my point. The simple fact that you can travel the world circuit and speak at the UN and other international forums to badmouth your own government clearly contradicts your own message about a suppressive Israeli government. Your wellbeing and celebrity status in your own society proves the contrary – Israel remains an open, pluralistic and tolerant society.

But let’s be serious. Remember that your words carry weight, not because of how many people you represent or the strength of your argument but because of the simple fact that you are an Israeli Jew. As such you are often quoted by people who do not only hate the state of Israel, but the Jewish people as well. Let´s be clear, these people make no distinction between a settler and a peacenik. For these people you are simply proving the point that Israel is a brutal occupying power and Jews are evil by definition. Let me assure you, in Europe the number of people who are receptive to your argument is growing by the day, both on the extreme left and on the extreme right. And this is what worries me.

Perhaps the simple fact that I am not an Israeli and I am not a Jew gives me the right to say this. The right to freedom of speech and self-criticism can be a great virtue that defines any open and democratic society. But self-hatred does not help anyone. People who hate themselves and their country need therapy, not social media platforms. I am not a therapist but I would love to have coffee with you. But on one condition only, that you pay the bill. I am probably already subsidizing it through my tax money. Please put it on the EU expense account with a small explanatory note. “Coffee with the Christian Zionist enemy.”

Yours in brotherhood, Tomas