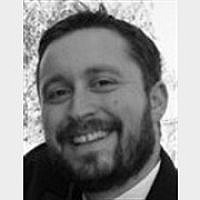 The Blogs
Ari Abramowitz
Apply for a Blog
Advertisement
Please note that the posts on The Blogs are contributed by third parties. The opinions, facts and any media content in them are presented solely by the authors, and neither The Times of Israel nor its partners assume any responsibility for them. Please contact us in case of abuse. In case of abuse,
Report this post.

As I eagerly await being drafted to join this war, I think of my fellow soldiers who I am hopeful to see. My unit has reservists from every part of the country, from right wing to left, from religious to secular, including nearly every profession and every opinion. But what brings us together right now is that each and every one of us is ready to spring into action at a moment’s notice. We are ready to put on our uniforms and go to battle.

There is something magical about an IDF uniform. When it goes on we are able to see the truth that we are not merely fellow citizens – but we are brothers. In the most literal sense. And while I often emerge from a month of reserve duty sincerely feeling like the least of my brethren, I feel so strongly connected with them that I can confidently say that the following message to our Arab cousins speaks on behalf of a great many Jews in the State of Israel:

To Hamas and the Arab World,

Your father Ishmael was the brother of our father Isaac. We are both directly descended from our beloved father Abraham. In truth we are not only cousins, but we are brothers. And therefore it pains us deeply that we fight.

Our greatest aspiration is not merely a “cease fire” with you. It is not only a “truce” which we seek. For if we are family, why should we settle just for that?

We yearn for the relationship which King David describes in Psalms “For the sake of my brothers and my friends, I will say “Peace unto you.” For the sake of the house of God I will seek thy good.”

Our dream is to live together again as loving brothers — each of us actively pursuing the greatest welfare and goodness for the other.

Yet right now as your missiles rain down indiscriminately on our cities, this vision seems like a distant dream. Tonight, as a quarter of our country will be sleeping in bomb shelters, with innocent children shivering in fear next to their terrified mothers, the soldiers of Israel are filled with righteous indignation – even rage.

We are enraged at you for forfeiting your humanity by educating your children to murder ours and inciting your population to celebrate cruelty and worship death.

We are enraged at our leadership for allowing hundreds of your missiles to go practically unanswered. For caring more about international opinion than doing what is right. For fearing international condemnation more than the death and terror that has been raining down upon Jewish innocents. For allowing themselves to feel dependent upon the good will of foreign leaders and at the mercy of the “international community”.

We are enraged that this is what get after having gone to greater lengths than any country in modern history to make peace with you — even giving to you the very territory from which you are assaulting tonight — as a “confidence building measure”.

While our nature is to love peace, we are ready for war.

But do NOT mistake our hesitation for fear.

Do not mistake our compassion for weakness.

Remove our shackles and you will see a nation of warriors.

We will be victorious.

Dear cousins, let us not take that route. In honor of our father Abraham, let us come together as brothers. You have so many admirable qualities – dedication, commitment, and “Mesirut Nefesh” – self-sacrifice.

Let us no longer use our strengths against each other, but with each other. Let us join together as brothers and friends and shine a light of beauty and inspiration from Israel to the entire world.

The choice is yours.

About the Author
Rabbi Ari Abramowitz is one of Israel’s premier media personalities. He is a film maker, educator, and the host of the popular "Israel Inspired Radio" on iTunes. With among the country’s largest social media followings, he is an advocate for Israel both domestically and internationally leading to his candidacy for the Knesset in the Jewish Home political party during the last elections. He was the host of the popular Jerusalem based TV show "Tuesday Night Live in Jerusalem" and has been featured on CNN, Fox News, BBC, and many international outlets.
Related Topics
Related Posts
Comments