When I stood trial in 2004/5 for blocking bulldozers coming to demolish the homes of Palestinians because they had no fair chance to build legally, I believed that the discrimination and injustice was so clear, that any fair judge would rule the system to be illegal. How could any judge ignore the fact that only 1% of all of Area C is zoned for Palestinian building, or  that until this day many villages have no master plan other than the British Mandatory plans? How could they turn a blind eye to the tears of a children seeing their world destroyed? 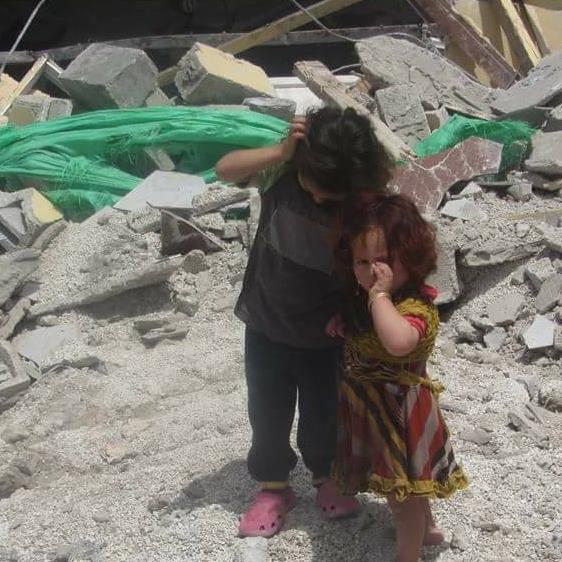 Children in front of their demolished home.

That is why we turned to you for justice, to the Israeli High Court to return to Palestinians the authority to plan their own communities that was taken from them in 1971.  Despite the many friends and colleagues who told me that I was naïve to believe in the Israeli justice system, I continued to believe. Perhaps I should have seen the writing on the wall when in recent weeks the High Court ruled that the State could build Jewish “Hiran” on the rubble of Negev Bedouin “Um El Hiran,” refused a restraining order preventing the demolition of Palestinain Susya until their case is resolved in Court, and denied the appeal of Nuri El-Ukbi regarding his tribe’s Negev lands. However, I remembered the other, more just decisions I speak about when I lecture around the world, and continued to believe that justice had to be done.

I therefore lack the words to express the depth of my disappointment when you doomed hundreds of family homes in Area C to be demolished each year by allowing the Israeli army to continue propagating discriminatory planning for Palestinians giving most no fair chance to obtain a building permit. (Hebrew ruling in High Court appeal 5667/11). You ruled that Palestinians will continue to have no authority to help determine what their communities will look like, or what they can do with their own lands. Rabbi Shimshon Raphael Hirsch teaches that when those with all of the power in their hands give themselves the right to determine how to be just to those not sitting at the table, it “borders on criminality.” You even stated clearly that the settlement enterprise is a legitimate State interest of sufficient weight that must be taken into account when determining whether or not Palestinians should have the most basic right to put a roof over their heads, and wrote that we didn’t prove that housing is necessary for survival.

Perhaps what was most shocking was how your decision ignored the issues that seemed to matter so much to you yourselves in the hearings, and caused you to order the State to come up with a proposal to improve the situation. For example, the two separate and unequal planning systems for settlers and Palestinians disturbed you, as well as the resulting humanitarian tragedy. I saw the discomfort on some of your faces. Incredibly, your decision claimed that we hadn’t proven discrimination. The statistics we provided were so upsetting to you that you invited the State time after time to challenge them. They didn’t. Yet, the ruling gave short shrift to those very same facts. Furthermore, the ruling didn’t accept the clear proof we provided that the new non-binding consultation procedure the government came up with at your request is not so new, and therefore will not actually change anything. If anything was going to happen as a result of a new procedure being implemented, there could be an understandable disagreement as to what the procedure’s impact would be. But, nothing will actually be done that isn’t being done already. The situation that clearly bothered you in the hearings won’t change if Palestinians aren’t given real planning authority.

The ruling places an inordinate amount of trust in the good intentions of the army’s planning committee. You assume that they will feel a genuine obligation to implement what they hear in the non-binding consultations the State agreed to in response to your demand for improvement, even though the committee retains absolute authority. Until now, all evidence points to the contrary. I wonder how any Palestinians will continue to participate in these consultations. We are very good at creating structures that Palestinians began to find that they are providing a fig leaf by participating in, and then blaming the Palestinians for their lack of cooperation.

Moreover, the ruling treats the “consultation” proposal as if it has actually been implemented since September 2014. I have already mentioned that consultations were already taking place without this procedure. However, in the summer of 2014 the State actually froze the few planning processes that existed, in order to punish the Palestinians for joining the International Criminal Court, and other international moves. Although we discussed the freeze in the second hearing, there is nothing preventing the State from freezing planning as a punishment. Not only do you base your ruling on something that isn’t happening, and may never happen, but you sanction making housing and other human rights dependent on the beneficence of the State. Israel is permitted to grant or deny them at will. By accepting the State’s argument that there are political implications that justify denying fair planning and planning rights, you ruled that the human right to housing is legitimately subject to political considerations.

Even if I believed it proper for Israelis to plan without Palestinian participation, there is nothing in this ruling that requires the army to increase the paltry number of villages they are planning for. It doesn’t address the fact that the majority of plans extant today are not initiated by the army, but privately professional planners on behalf of villages. These are almost always rejected by the army. The state’s “new procedure” changes nothing regarding the way they must treat these plans.

You also seem to have faith in the ability of the military establishment to police itself. If any Palestinians agree to participate in these consultations and have complaints about the fairness of the process or the results, the ruling states that they can turn to the head of the Civil Administration. This is the same army unit responsible for conducting the consultation and the planning!

The State itself didn’t try to argue that this is a security issue, security never came up in the hearings, and international law recognizes that the army would have the authority to intervene if a permitted Palestinian planning decision would somehow really threaten security. Yet, out of the blue, you discuss security in the ruling. If this was a concern of yours, why didn’t you bring it up in the hearings, and allow us to respond?

Although I cannot share your seeming optimism that the “new” consultation procedure is a significant step that will improve the lot of Palestinians who want to put a roof over their heads, I am slightly encouraged by your decision that there must be a three year period monitoring the impact of consultations. Again, most of my colleagues in Rabbis For Human Rights and our partners think my encouragement is misplaced. I want to beleive that if monitoring is done seriously, the monitors will come to the conculsion that we were right when we argued that there would be no significant impact. Of course, hundreds of additional families will have had their lives destroyed in the meantime.

In spite of myself, I permit myself an additional fantasy. Perhaps the fact that there is monitoring will lead to the change that the consultations alone wouldn’t achieve. As we are taught in Pirkei Avot 2:1, ” Reflect on three things and you will never come to sin: Know what is above you–a seeing eye, a hearing ear, and all your deeds recorded in a book.”

However, this won’t happen on its own. The language about what is to be done during these three years is vague. It isn’t clear who is responsible for carrying out the monitoring, on what criteria progress will be judged, whether the Court accepts any responsibility to make sure the monitoring is serious or takes place at all, or what is to be done with the results. The findings are to be brought to the Defense Minister and the Attorney General at the end of the three year period, but you don’t require judicial review. What happens if nothing is submitted? We will also be following developments in the field, and monitoring the monitors, if there actually are any.

When we lit a Hannukah menorah in the rubble of a demolished home seventeen years ago, and then again this last year, we promised never to rest until the light of justice and hope dispel the darkness and Hilul HaShem (Desecration of God’s name) of home demolitions caused by the inability to build legally. 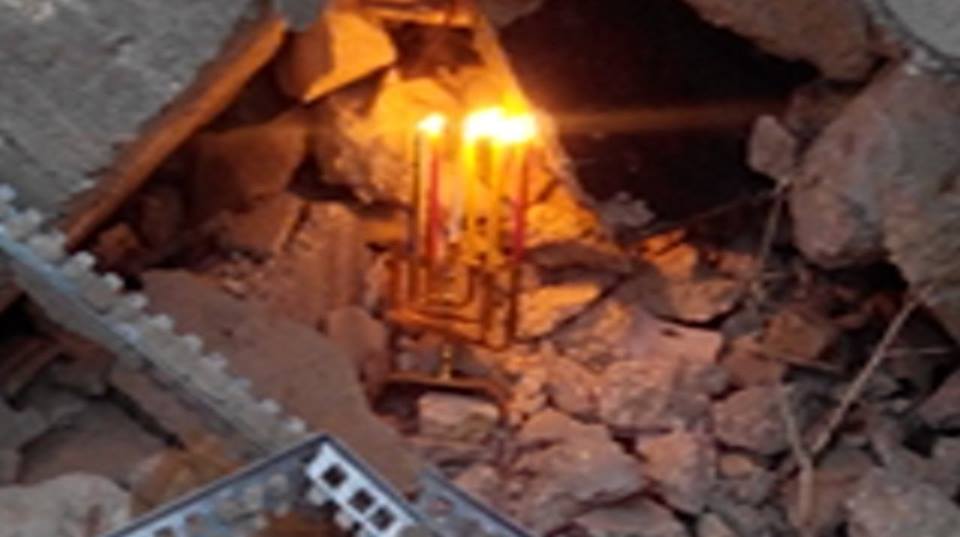 Our promise stands. Tearful children gazing upon their demolished homes are frontlets before our eyes.

And yes, I still believe in the possibility that our justice system will do justly, even when justice tarries. I hope that, one day, I will again be able to have faith in you as well.