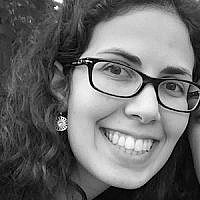 The Blogs
Ricki Birnbaum
Apply for a Blog
Please note that the posts on The Blogs are contributed by third parties. The opinions, facts and any media content in them are presented solely by the authors, and neither The Times of Israel nor its partners assume any responsibility for them. Please contact us in case of abuse. In case of abuse,
Report this post.

I have a simple request from you. Please remove and ban Holocaust denial from Facebook and Facebook-owned platforms.

Denial has zero constructive purpose. I believe in freedom of speech, but as Simon Wiesenthal, the famous Holocaust survivor and Nazi hunter once put it, “freedom of speech is not freedom to propagate hatred.” Yes, Holocaust denial is hatred. It is pure antisemitism, plain and simple. By keeping denial on your platforms, you have a direct hand in promoting antisemitism. Not only that, but you are calling survivors liars, which is an ultimate disgrace.

Zuckerberg, as you are Jewish, I am sure that I do not need to prove to you that the Holocaust happened. I am sure you know the basic facts. Do I need to remind you that six million Jews and millions of other victims were murdered? I promise, my great-grandparents, great-uncle, and numerous other relatives did not just disappear off the face of the earth.

Two of my grandparents were Holocaust survivors and I will shortly be completing my MA in Holocaust Studies. However, these credentials are unnecessary to understand that denial has no place on Facebook, or anywhere else for that matter. The only credentials one needs to understand this is a brain and a heart, which unfortunately you may be lacking.

I look forward to the day when Holocaust denial is no longer a force in this world.

About the Author
Ricki Birnbaum holds a BA in Jewish Studies. She is currently completing her thesis for an MA in Holocaust Studies from the University of Haifa's Weiss-Livnat International Masters Program. She loves Judaism and is very passionate about Holocaust Studies.
Related Topics
Related Posts
Comments