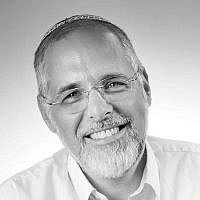 The Blogs
Moshe Lichtman
A Proud Religious Zionist
Apply for a Blog
Advertisement
Please note that the posts on The Blogs are contributed by third parties. The opinions, facts and any media content in them are presented solely by the authors, and neither The Times of Israel nor its partners assume any responsibility for them. Please contact us in case of abuse. In case of abuse,
Report this post. 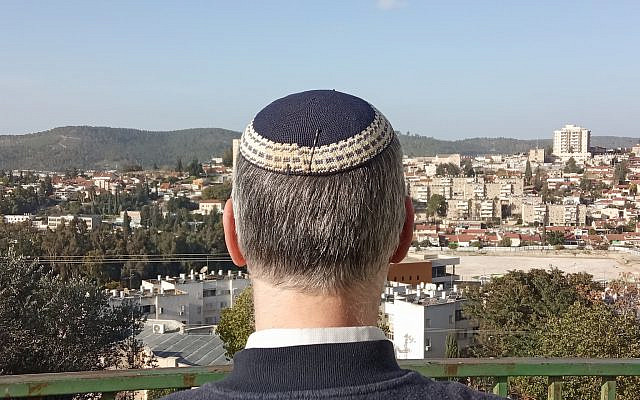 There are many reasons why we religious Jews wear a kippa (yarmulka) on our heads. One of them is to constantly remind us of who we are and how we are expected to act. If a Jew faces the temptation to do an immoral act, he has two choices. Preferably, he will put his hand on his head, or look in a mirror, realize that he represents G-d’s Torah, and refrain from sinning. But if he lacks the spiritual fortitude necessary to overcome his base desires, he should, at the very least, remove his kippa from his head and do the dirty deed in a way that does not desecrate G-d’s name and bring shame to those who are loyal to Him.

A few short weeks ago, after the appalling murder of a holy Jew near Chomesh (for no other reason than the fact that he was a Jew), your government – yes, the one for whose decisions YOU are ultimately responsible – decided to destroy the yeshiva and the young settlement where this tzaddik lived and studied. And now it has been revealed that this same government, under YOUR leadership, is planning on destroying and uprooting a vineyard in the heartland of our ancestral homeland – Arugot Farm – for no apparent reason. There is no counterclaim of ownership, nor is it bothering anyone. It seems that the only explanation is: to appease certain partners in your coalition who want to put the settlers in their place. And to top it off, you are doing this during a Shemittah year, instead of (at the very least) waiting and giving the owners a chance to replant the trees elsewhere! Not to mention the fact that the vineyard was planted in memory of Ezra Schwartz, an American boy killed in a terrorist attack several years ago.

Mr. Bennett, I beg you, take a look in the mirror and remember that you are a kippa wearer. Uprooting Jews, or the fruits of years of Jewish labor, from Eretz Yisrael goes against everything we religious Jews believe in, especially the religious Zionists among us, a group you claim to be a part of. Just think what you would have said a few years ago, when you were in the opposition, had a left-wing government done what you are doing now. Are the chairs in the Knesset, especially the Prime Minister’s seat, that comfortable that you are willing to forgo all of your core values just for the sake of your political survival? The kippa is supposed to remind you to live by a higher standard!

And if the temptation is too great for you – if your desire for power and lust for honor prevent you from doing that which is right in the eyes of G-d and His people – then please, please take off your kippa! Stop embarrassing us. Stop claiming to represent those of us who fear G-d and love Eretz Yisrael. Be honest to all those who voted for you and tell them that you have changed your ways and no longer believe in the platform upon which you ran. Admit to them, and to all of Israeli society, that you stole their votes. And by the way, it’s time to change your party’s name, as well. It’s such an embarrassment.

I truly hope you choose the first path, but if not, at least be a man and admit that you are not what you claim to be.

One last point: If lofty ideals are beyond you, at least contemplate your own self-preservation. Almost twenty years ago, there was another leader who preached genuinely right-wing values (although he did not wear a kippa). He stated clearly that he would not uproot Jews from the Land of Israel and that he would continue to build in Judea and Samaria, as he had done so valiantly until that point. After winning the premiership, he suddenly changed his tune (it doesn’t matter why), and he wasn’t man enough to return his mandate to the people who elected him. We all know what he did: one of the greatest misjustices in Israel’s history, causing untold suffering to his fellow Jews and emboldening the enemies of Israel. Shortly thereafter, he received his just desserts. (I hope you are not going to claim that it was just coincidence, for religious Jews know that there is no such thing.)

Now, I am not a prophet, nor do I possess Ruach HaKodesh, so I am obviously not claiming to know what the future will bring. Furthermore, I am not, chas ve’shalom, wishing any harm upon you. I am just an observant Jew, and I have observed over the past 30 years since making aliyah that all those who have sent forth their hands against Eretz Yisrael and the holy Jews who try to settle it have eventually paid a very heavy price.

Don’t forget, another word for Kippa is yarmulka, which comes from the Aramaic yarei Malka – to fear the King. It is supposed to remind us that there is Someone above us Who is truly in control. Please, Mr. Prime Minister, show us that you understand the deeper meaning of the kippa that sits atop your head!

About the Author
Rabbi Moshe Lichtman has semichah from the Israeli Chief Rabbinate and Yeshiva University. He also holds an MS in Jewish Education. He made aliyah in 1991 and has taught in several yeshivot and seminaries. He is best known for his landmark translation of "Eim HaBanim Semeichah" and for his highly popular "Eretz Yisrael in the Parashah." He resides in Beit Shemesh with his wife and eight children.
Comments