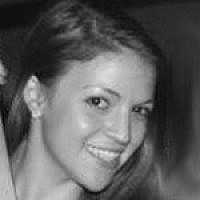 The Blogs
Blair Hart Newman
Apply for a Blog
Advertisement
Please note that the posts on The Blogs are contributed by third parties. The opinions, facts and any media content in them are presented solely by the authors, and neither The Times of Israel nor its partners assume any responsibility for them. Please contact us in case of abuse. In case of abuse,
Report this post.

As students of New York University, an institution that values academic integrity and rational dialogue, we are deeply disturbed that The Center for the Study of Gender and Sexuality is cosponsoring an event so antithetical to these very principles.

“Homonationalism and Pinkwashing,” a conference that will take place this month at the CUNY Graduate Center, will promulgate the notion of “pinkwashing”: the latest tactic of the anti-Israel community to denigrate the Jewish state. Those who accuse Israel of this act assert that the nation’s remarkable record of pro-gay rights is no more than a mere diversion, aimed at distracting the international media from the true plight of the Palestinians.

Now, NYU’s Center for the Study of Gender and Sexuality is attempting to afford this movement a degree of legitimacy through academic sponsorship.

But is this movement really academic in nature?

Although the Center is keenly intent on allowing the pinkwashing phenomenon to masquerade as a legitimate academic movement, we remain steadfast in our belief that it most certainly is not.

The fact is, Israel is an isolated oasis amongst a desert of oppressive regimes where homosexuality is a crime, punishable by death. But the country’s contribution to the LGBTQ community is not only remarkable relative to its neighbors’ abhorrent positions; indeed, Israel also acts as a bright beacon upon the world stage, regularly outshining more commonly recognized bastions of gay rights. Tel Aviv was even crowned the “Best Gay City” in the world.

But pinkwashing activists are not inconvenienced by the facts. Indeed, Sarah Schulman, a leading voice in this anti-Israel movement, seems to utterly disregard these facts in her slanted analysis of the Middle East. In an interview with GRITtv, Schulman begrudgingly asserts that in Tel Aviv there are “enclaves in which gays can live or approach a reasonable life.”

How can this twisted presentation of reality form the basis of an academic argument?

By granting pinkwashing this academic platform and subjecting it to academic inquiry, the conference attempts to transform this biased movement into an academic event.

But if their porous conception of academia is sound, then any idea, any assertion, is worthy of academic interrogation. Is this really the case?

Not long ago, Muhammad Morsi, Egypt’s Prime Minister, remarked that Jews are “descendants of apes and pigs.”

Would the Center therefore assert that NYU’s Animal Studies Program be justified in holding a conference to study this “potentially edifying” idea?

Should NYU’s Molecular Evolution Department investigate this “innovative claim” under the banner of academic freedom?

It is self-evident that such a claim does not warrant the legitimacy of academic inquiry. And pinkwashing, although ostensibly cloaked in a more civil guise, is also unworthy of a department’s sponsorship. For both of these ideas are intended not to objectively edify, as academia should, but to specifically broadcast an incendiary ideology.

It is thus quite apparent that the only reason to cosponsor an event of this nature is to take a clear and hostile position against Israel. Nothing about the cosponsorship is rooted in advancing the liberties and freedoms that our academic institution so deeply values.

Of course, our goal is not to silence the likes of Schulman. We, as university students, believe that open debate, rational dialogue, and indeed, the freedom to dissent from a widely held view, are unalienable rights inculcated into the very foundation of academia.

And it is the integrity of this very notion of academia that we wish to preserve. So let Sarah Schulman spew her hateful, misguided rhetoric; all we ask is that you do not afford her the legitimacy that so inextricably accompanies academic sponsorship.

Blair Hart Newman is a member of the board of TorchPAC, the pro-Israel political organization at New York University.