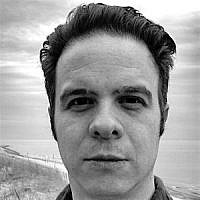 The Blogs
Robert Shafton
Apply for a Blog
Advertisement
Please note that the posts on The Blogs are contributed by third parties. The opinions, facts and any media content in them are presented solely by the authors, and neither The Times of Israel nor its partners assume any responsibility for them. Please contact us in case of abuse. In case of abuse,
Report this post.

To the members of the Selection Committee:

I was dismayed, but not altogether surprised, to hear that Natalie Portman has refused to come to Israel–the land that gave shelter to her grandparents who fled the barbaric horrors of genocidal Europe–in order to accept the Genesis Prize this summer, an honor that previous laureates, whose accomplishments are no less distinguished and substantive than hers (if less glamorous), accepted with humility and pride. It doesn’t appear that fellow laureate Ruth Bader Ginsburg–who will accept the Genesis Lifetime Achievement Award, and who isn’t exactly Ms. Portman’s moral inferior–is similarly embarrassed to be associated in public with your foundation (and by extension with the democratically elected government of the State of Israel), whose mission is to honor “individuals who have attained excellence and international renown in their chosen professional fields” and who “must display a commitment to Jewish values, be proud of their Jewish identity, and their conduct and actions should exemplify a meaningful connection to the Jewish People and/or to the State of Israel.” Sorry to say, but this year the target was missed.

Unlike her fellow laureates, Ms. Portman demonstrates a lack of grace, perhaps betraying a bit of the old unconscious shame endemic to the diaspora, that sends exactly the wrong message to the world at exactly the wrong time, that is, while the Jewish people celebrate the 70th anniversary of Israel’s miraculous founding, as anti-Semitism atavistically metastasizes around the world, and as ever louder and increasingly plausible threats of annihilation are made by the would-be successors to Hitler in Iran, who are poised to realize their hegemonic designs in the region and race furiously towards achieving their unapologetically stated mission to slaughter us. (That whole wiping off the map thing.) Indeed, the timing is no coincidence at all. Just ask the young Israeli men and women who, unlike Ms. Portman, have not shunned service in the IDF, who delay their dreams and set aside their politics while they risk their lives to save ours. It’s the least they can do.

The gravity of Ms. Portman’s actions should not be underestimated: as a celebrity prominently featured in the Women’s March (of which, to be sure, many well meaning people in the United States and abroad are supportive), she likely wishes to avoid the disapproval of its chief organizers, many of whom are openly hostile to the State of Israel and associate with groups that actively campaign for the destruction of the Jewish State, including but not limited to the most notorious BDS movement. In just the past several days, these radical elements ominously condemned the good faith efforts of Starbucks to promote racial tolerance…and why? Because it had enlisted the help and partnership of the Anti-Defamation League. It would not be a stretch to imagine that Ms. Portman fears becoming persona non grata in the Women’s March were she to accept the Genesis Prize, and so she has transferred this indignity to you. To us.

Sure, she pins the blame on Prime Minister Netanyahu, but this is about more than mere party politics. Bibi may be the easy scapegoat for a Hollywood actress dabbling sanctimoniously in movement populism, just as he is for media pundits and campus sophomores alike–what better way to evade guilt by association and simultaneously to earn the approval of your fashionably woke peers? But make no mistake about it, it is we–the citizens of the one Jewish homeland on a tiny sliver of land, that strives morally to achieve democratic pluralism while situated in a ocean of undemocratic tyranny and tribalism, vastly outnumbered and surrounded by mortal enemies, beleaguered in globalist institutions and scorned in the international media–who therefore become the collective persona non grata. Pardon the pun, but we’ve seen this movie before.

So, I submit to you that how you respond to Ms. Portman’s righteous boycott, which encourages anti-Zionists and anti-Semites even if unwittingly, will determine whether the damage done by the indignity–the insult–she has offered in exchange for the honor you bestowed on her can be mitigated. The unfortunate reality is that the destructiveness of her message has much more impact on the world than does any positivity conveyed though the award itself. And so it is incumbent on you to send an even stronger message than hers, that will achieve the goals of your foundation’s mission more than an enchanting movie star gracing us with her presence to accept an award and seven figures ever could.

I have seen conflicting reports on whether Ms. Portman already has received the $2 million and, if so, whether she will return it despite her boycott. I know nothing of the possibility to transfer the award and its cash prize to a deserving recipient, thereby restoring the dignity of your mission and achieving its aims. But assuming there can be some sort of reversal in whole or in part, I have some suggestions about how this might be done effectively.

Firstly, though I understand the appeal of awarding the prize to celebrities, I think this approach can be misguided in general, and most certainly would be inappropriate in response to Ms. Portman’s betrayal. I know why many are eager to put the spotlight on famous Jews, especially those who have reached the promised land of Hollywood and who project the image that we all like to look at. Incidentally, despite my commentary above, I do not wish to diminish the impressive talents of Ms. Portman (nor do I in any way question her love for her heritage and the land of her birth). Nevertheless, there is a reason why hers is the face on the silver screen or on the cover of glossy magazines by which we are mesmerized and not the less mesmerizing faces of others who are in possession of equal or even surpassing talents. This is why I think you now should look to celebrate the unsung heroes who work tirelessly and thanklessly day in and day out to achieve the goals of your mission, whose impact on the real and oftentimes unglamorous world is as remarkable as it is anonymous. And so, I suggest that you give it collectively to the nurses who work indefatigably in the trenches of the hospitals of Israel.

As an oleh from the United States who recently completed his medical staj, I have seen and lived the daily (and nightly) struggles of those who selflessly take care of patients in underfunded hospitals, often in crumbling facilities with limited resources. What’s more, within the walls of Israeli hospitals there prevails an extraordinary microcosm of coexistence between Jews and Arabs, Christians and Muslims, Israelis and Palestinians, rich and poor, of which the outer world is almost completely unaware. And you can be sure that, unlike Ms. Portman, nurses in Israel leave their politics at the door–for there is no other choice in pursuit of the higher humanistic goals. You might say, these women and men march every day, albeit without the fanfare.

This is not to say that all is well in the interfaith, ethnic salad bowl of Israeli hospitals, or in the society at large, but the achievement of such coexistence in spite of all the odds is essentially as miraculous as the founding and the survival of the State of Israel itself in the wake of the Holocaust, and reflects the true soul of the Jewish people. I can’t think of anyone more deserving of the prize in consideration of its noble goals than the nurses who, setting aside their religious, ethnic and political differences, make this oasis of healing possible in a region and larger world through which anti-Semitism and other strains of hate spread virulently. Certainly more deserving than Ms. Portman.

As for the prize money, I suggest that it be rededicated to the training of nurses and other clinical support staff in Israel. The shortage of funds for such training unmistakably contributes to adverse outcomes, often with inhumane consequences that shock the conscience and so contravene the larger mission of the State of Israel to care for everyone compassionately. Anyone who has visited the emergency room in Israel has gotten a taste of what this is like, but the problem extends way beyond what most people see with their own eyes.

I am sorry if this unsolicited appeal misses the mark or in any way causes offense. But it comes from the heart.

About the Author
Robert Shafton made Aliyah in 2015 and completed his medical internship at Rambam Hospital in Haifa in 2017.
Related Topics
Related Posts
Comments