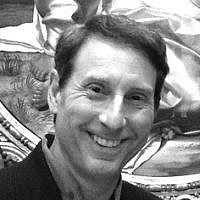 The Blogs
Roy Doliner
Apply for a Blog
Advertisement
Please note that the posts on The Blogs are contributed by third parties. The opinions, facts and any media content in them are presented solely by the authors, and neither The Times of Israel nor its partners assume any responsibility for them. Please contact us in case of abuse. In case of abuse,
Report this post.

Congratulations! Whereas most other refugee services go out of business just a few years after any war, you’ve not only managed to keep your jobs but also to make your organization, your budget and your payroll grow exponentially for over 64 years. This is an astounding and unprecedented world record!

The key to your unparalleled success is also the reason for which I am writing to you. In virtually all other refugee cases, the goal of the altruistic assistance agencies was and is to help the persons displaced by war and violence to be absorbed into a new country. Why? To establish a new home, to get on with their lives, and to guarantee a brighter future for their children. What a stupid mistake!

Within only a few years, these agencies and NGOs resolve all the problems of resettling these refugees, thus putting themselves out of their tax-free jobs. What kind of business plan is that?!

You folks at the United Nations Relief and Works Agency for Palestine Refugees in the Middle East, on the other hand, have proven yourselves to be far more clever than all the other service organizations in the refugee biz. In spite of decades of desperate requests from these stateless Arabs, you have steadfastly refused to let them out of your control, including keeping many of them locked inside refugee camps for several generations – for example, the Yarmouk camp in Syria with over 138,000 prisoners – um, I mean clients. You are obviously well aware that if one day their status as refugees ever ended, so would your very secure jobs and income.

Ahh, and what an income! Your average operating budget is about $1.2 billion a year – about half of all monies spent on refugees in the entire world. One example is the salary, benefits and pension package for a Deputy Spokesperson in the West Bank, taken right off your website:

And that’s only for a deputy position, over six years ago!

Now, I realize that you pay much less to the local Arabs that you employ for the less showy positions, such as teachers in Jordan who only make about USD 9,000 a year. That’s still not shabby, though, since the average non-UNRWA income in Jordan is about USD 6,000.

The brilliant masterstroke by which you turned refugee care into a very lucrative growth business is so simple that one wonders why no one else had thought of it previously. The commercial kiss of death was always that of running out of refugees to resettle after they were all absorbed. No problem for you wizards at UNRWA, though. With one wave of your magic wand in 1949, you made the refugee condition of people displaced in the wars against Israel a permanent status, from generation to generation without end. This brings me to the reason why I am writing you today.

I have a proposal that could grow your refugee business even more. Since I am a Jew, and all my ancestors have been Jews for at least 2,000 years, this means the odds are quite high that my family was expelled from their homes in Israel by the invading Roman army either in 70-73CE in the war against Vespasian and Titus, or in 130-135CE in the war against Hadrian. In fact, it was the Roman emperor Hadrian, in his zeal to de-Judaize the Jewish country, who imposed the artificial name “Palestine” hoping to make the world forget Israel.

Since, according to your unique policy, the descendants of families displaced by wars in Israel (or “Palestine”) will always be refugees forever and ever, that means that I fall into this lucky category! My residence is in the USA and my research takes me often to some of the most beautiful areas of Italy, but that doesn’t matter, as long as I say that someone long ago in my family lost their home in Israel. Not only that, but I even found an old key in my desk drawer and hung it around my neck, proof positive that Hadrian’s troops threw my ancestors out of their condo on Sheinkin Street in Tel Aviv. According to all your criteria, I AM A PALESTINIAN REFUGEE, TOO!

Wow, no need to ever work again – the UNRWA will put me on the dole. Health coverage? Forget ObamaCare – the UNRWA will take care of everything! Plus, if I should get some really serious condition, you will send me over to an Israeli hospital to get the best care in the world for free, just as you do with thousands of non-Israeli Arabs each year, including the family of Haniyeh, the terror chief of Hamas. Speaking of which, my doctor says that I am a tad underweight; knowing that the Arab men under your care are the eighth most obese in the world (and your female Arab clients are the third fattest on earth) gives me hope that I can soon get a pot belly full of free Israeli food very soon.

Now here’s the best part of the deal – if you take me on as one of your 4.6 million clients, that means that about five or six million Jews around the planet can also qualify as eternal Palestinian refugees, no matter if they live in Beverly Hills or Brussels or Brisbane. Just think of it – in one stroke, you can more than double your business, and have glitzy new offices and expense accounts all over the world. You’ve already shown yourselves to be the champs of staff increases – while the rest of the UN has less than 8,000 relief workers for about 34 million refugees in 126 different countries, you geniuses at UNRWA have managed to keep about 30,000 staff members on the gravy train – a fantastic job, I salute you! However, this will seem small potatoes once you declare me and all other Jews in the Diaspora as permanent Palestinian refugees – the sky will be the limit. For our part of the deal, we will promise to teach our children the exact same core curriculum that you teach in all the UNRWA schools – that every inch of land in Israel is our historic, rightful inheritance.

Thanks so much – looking forward to my first check and free crate of Bamba snacks!

About the Author
Roy Doliner is an international writer and lecturer, and the co-author of the NY Times best-seller THE SISTINE SECRETS. He is often seen in Italian media speaking on the history of Art, Italian Jewry, and the Renaissance. He has lectured at the Knesset, Yale University, top museums in Italy, the 92nd St. Y, and Ariel University, among many others. His latest book is HIDDEN BENEATH THE BEAUTY: Kabbalistic Secrets in Italian Art.
Comments