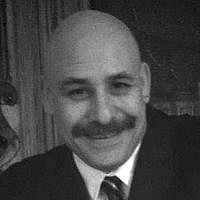 The Blogs
Joseph A. Grob
A Wondering Jew
Apply for a Blog
Advertisement
Please note that the posts on The Blogs are contributed by third parties. The opinions, facts and any media content in them are presented solely by the authors, and neither The Times of Israel nor its partners assume any responsibility for them. Please contact us in case of abuse. In case of abuse,
Report this post. 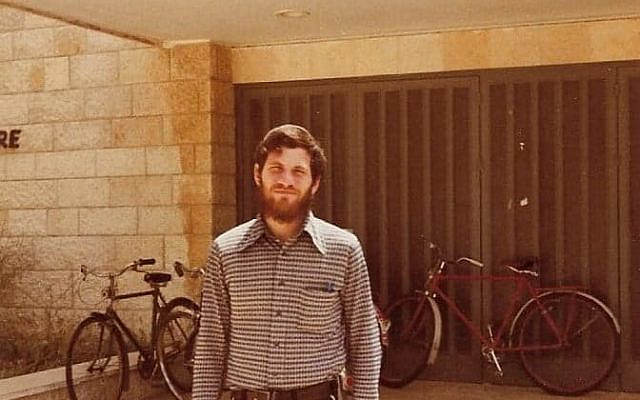 An Open Letter to Zvi Glatt (on his 42nd Yurtzeit). 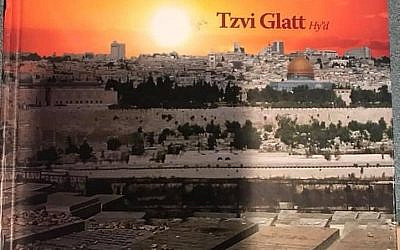 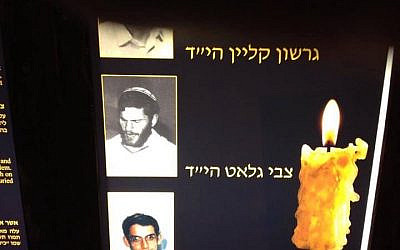 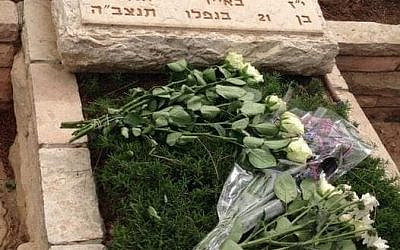 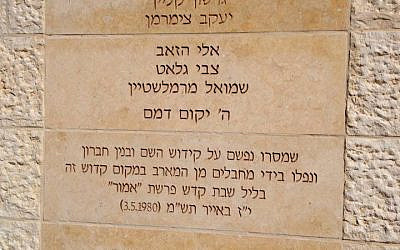 I know it has taken me much longer than I ever thought it would – so what is a few more months. You know, I was just not as brave as you. You moved to Israel right after your first year of High School! Remember when you were my madrich in Bnei Akiva at Young Israel of Ocean Parkway on Shabbat afternoons? Remember playing Sardines and Johnny on the Pony? Gaga? Zoom? HaKosot Ovrot? Remember how you told us stories about Israel and taught us about Israel and her heroes. When you moved to Israel you became one of Israel’s heroes and one of mine. I still remember when we heard that there had been a terrorist attack in Hebron. I was a senior in BTA – I was getting ready to go spend a year in Israel at Yeshivat HaKotel.

I was looking forward to seeing you in Israel. The 17th day in the Jewish Month of Iyar (42 years ago tonight). The 32nd Day of the Omer. It was Friday Night, May 2, 1980. There was a reunion celebrating friendships old and new, it was a chance to do a mitzvah of giving honor and strength to the brave women and children who were the first to return to rebuild the Jewish Community of Hebron. You were there – Dancing from the Mearat HaMachpela – the Cave of the Patriarchs – to the Beit Hadassah – Hadassah house – (that at one time provided medical care to Arab and Jewish residents of Hebron). I can hear your voice – Veshavu Banim Legvulam – and the Children Shall Return to the Borders of Israel. There were a bunch of your friends there – other Bnei Akiva members – Bnei Akivaniks…Zionists Lovers of Israel and the Jewish people celebrating shabbat at the Beit Hadassah.

Suddenly, from across the street, Tayseer Abu Shneineh (the current Mayor of Hebron) and three other militant terrorists opened fire on the crowd hurled grenades and homemade bombs. Your friends and fellow Jews Gershon Klein, Ya’akov Zimmerman, Hanan Krauthammer, Eli HaZe’ev, and Shmuel Mermelstein were killed. 20 others were injured… You fell dead in Alon Zimmerman’s arms. You were only 20! I hurt whenever I think about it. You know, your friends and family gathered your drafts and notes about the Mitzvah of Returning to Israel and they published your work. Meafar Kumi. From the Dust I Arise. I have a copy. I review it all the time. I know that we Jews – all of us – need to make Aliyah. About 7 years ago, I wrote about you and what happened that day. Here is a link to that article https://blogs.timesofisrael.com/searching-for-zvi-howie-glatt-zl-on-his-35th-yurtzeit/ I knew that to properly honor your memory, I needed to make Aliyah, but it was not the right moment for me. Since that day seven years ago, my other two daughters have made Aliyah and now my advance team is in place, and I have thought about making Aliyah every day since.

In a few months – with Hashem’s help – my wife and I we will be returning to our biblical homeland – to Israel. Having studied your work on the Mitzvah or returning to Israel, I think that to properly honor your memory, I need to do more than simply make Aliyah. I need to show my fellow Jews the beauty of the land of Israel; to work on convincing my fellow Jews to make Aliyah; and to help them make Aliyah. Zvi Menachem ben Shmuel Chaim Glatt “Howie” we miss you. May your Neshoma have and Aliyah and May HaShem avenge your blood. I think the Jewish People can Give Your Neshoma an Aliya and avenge your blood by making a commitment to make Aliyah now and by populating that land of Israel. After all we are told that the Mitzvah of Dwelling in land of Israel is equal to performing all the mitzvot in the Torah (Sifri – Devarim – Parshat Reah).

About the Author
Joseph Grob is originally from Brooklyn, NY. He currently serves as an Administrative Law Judge for the State of New York. Joe is a former criminal defense attorney, a committed Jew, an ardent Zionist and a Passionate Supporter of Israel. Joe currently lives in Lawrence, New York, with his wife, Rhea. Their oldest daughter, Dana Lynn, made Aliyah in 2014. She served in the IDF and lives in Jerusalem where she recently completed a Master's program at Hebrew University. Their daughter Emma moved to Israel in February 2020. She graduated from the Israel Tech Challenge and is currently employed by Wix in Tel Aviv. Their daughter Jenna made Aliyah in July 2019, Jenna completed her IDF service in January 2022. She will be attending Reichman University in Herzliya the fall
Comments