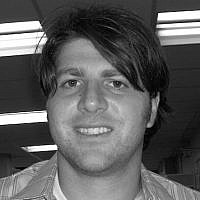 The Blogs
Hillel S. Maresky
Apply for a Blog
Advertisement
Please note that the posts on The Blogs are contributed by third parties. The opinions, facts and any media content in them are presented solely by the authors, and neither The Times of Israel nor its partners assume any responsibility for them. Please contact us in case of abuse. In case of abuse,
Report this post.

We are radiologists and doctors, who spend our lives interpreting images to diagnose and treat the ill. We are also informed people and rely upon scientific journals such as The Lancet in order to stay informed. We have worked in Israel and have treated tens of thousands of patients – Jews and Arabs alike — for years.

In keeping with our ethics and practice, we denounce the July 23, 2014 publication in The Lancet Early Online Publication of the piece authored by “Manduca, Chalmers, et al.” This “article” was not only non-scientific, but inflammatory and political as well. There is no place in any medical and scientific journal for such slanted and politically charged drivel.

We were flabbergasted that such an established Journal as The Lancet, under the auspices of Elsevier Ltd, would print an article written by Mads Gilbert, who was quoted in 2001 as supporting the terrorist acts of 9/11 against the United States, and when asked whether or not he supports terror acts, responded “Terror is a poor weapon, but my answer is yes, within the context I have mentioned. (1) ”

But enough about Mads and his madness. We as physicians who have sworn the Hippocratic oath, have found ourselves literally running for our lives due to the thousands of rocket attacks on our hospital by the good people of Gaza. It has been a nightmare trying to treat the wounded to the best of our abilities, while simultaneously fearing for our own safety, as terrorist rockets fly over our heads in the middle of the day, dark of night — deadly projectiles pointed at innocent civilians including our own children.

As we write, our Israel Defense Force soldiers are yet again holding back their defensive “aggression” in order to allow medical and humanitarian aid through to the same strip of land from where these rockets are originating. We are radiologists in a free and democratic society. We have a right to live without fear of death from missiles or terrorist infiltration from a strip of land which we left to its own devices in 2005 (2).

The authors of this unfortunate “article” left out the fact that Gaza has been Judenrein for almost ten years — no army presence — and not one Jew on the soil of Gaza since 2005. So it surprises us to wake up one morning to the sound of sirens wailing and missiles falling in our backyards, all fired from this same strip of land. Unfortunately, dear Lancet readers, the authors of this libelous letter were right about one thing: we are complicit in the atrocities in Gaza.

We are complicit in the atrocities committed by Hamas against its own civilians. Our taxes have gone toward supplying these terrorists with free electricity to keep their terror factories of rocket building and child labor open; we stream them an endless amount of Israeli water, not to mention medicines and food aid; when we were asked by Gaza’s leaders for help to build hospitals and schools, it was our complicity which resulted in the transfer of millions of gallons of cement that were used instead to build the intricate web of illegal cross-border tunnels used for smuggling weapons and ambushing Israeli civilian homes (3).

The field hospital that was set up by Israeli physicians and medics of the IDF to welcome wounded Gazans has saved the lives of hundreds of wounded women and children – a fact omitted by our colleagues. To our dismay, the Hamas terrorist organization has discouraged these innocent civilians from entering this field hospital, disallowing them to leave their homes, which were forewarned as potential targets by the IDF. Hamas has even fired mortars at this humanitarian sickbay (4, see photo). The firing of deadly weaponry by Hamas on innocent civilians, and moreover the use of innocent civilians as humans shields by Hamas, is repugnant. This “double war crime” committed by Hamas, was also omitted in Manduca’s letter. 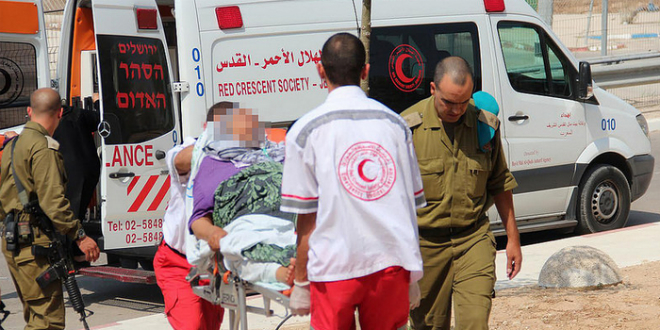 IDF medical corps treat injured Gazan civilians at the IDF field hospital on the Israeli side of the Erez Border Crossing. (Photo: IDF)

We are urging the informed Lancet reader not to be complicit in this crime against the intellect and not to subscribe to the mindless and hateful hokum of these terrorist sympathizers, which has so unfortunately been published by The Lancet. We urge The Lancet not to publish this internet letter in print, as not to insult our humanity, intelligence, and dignity. This literary massacre committed against The Lancet’s integrity highlights the impotence of the scientific community to adhere to the Hippocratic Oath it swears to “preserve the purity of my life and my arts.”

About the Author
Hillel Maresky, MD, is a Canadian-born radiologist who moved to Israel in 2007. He is a sessional lecturer at Tel Aviv University and a Captain in the IDF Medical Corps (reserves). He lives with his beautiful wife and kids in Rishon Leziyyon.
Comments