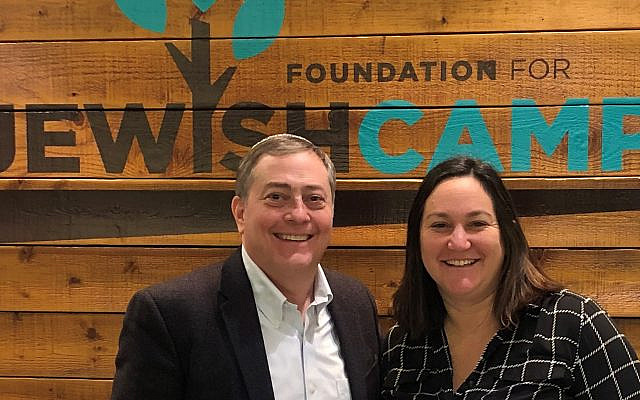 The first few weeks of the new calendar year have given me several new reasons to feel optimistic about 2023.

Personally, my wife and I had the privilege of spending the end of 2022 and the beginning of 2023 in Israel, where our daughter got engaged on January 2nd to a very special young man! So our family has started 2023 off with new beginnings and transitions. (Don’t worry, my future son-in-law did go to Jewish camp, so he’ll fit in well!)

From the field, I continue to feel the positive vibe generated by our record-setting field convening, Leaders Assembly, last month in Atlanta with over 830 participants. We move forward into 2023 inspired, recharged, and aligned. Early reports on camper recruitment and enrollment for this coming summer appear robust, with many camps already close to capacity! Counselor and seasonal staff recruitment has become a key focus for most right now, and we are so pleased that several of the innovations we piloted in partnership with the field to reimagine the counselor experience show great promise. Quite a few camps have new professional leadership, and we are working to help onboard and mentor them as they prepare for their inaugural summers.

At FJC, our team has a renewed sense of focus, vigor, and energy as this year begins. Following an extensive search, I am thrilled to announce the appointment of Jamie Simon to a newly created role as FJC’s incoming Chief Program Officer. Jamie has spent the past 16 years at Camp Tawonga, most recently serving as the organization’s CEO. Under Jamie’s leadership, Tawonga tripled the number of people it serves, expanded its program offerings from summer camp for children and teens to year-round programming offering lifelong Jewish engagement, and doubled its staff and budget.

Jamie will oversee FJC’s program, innovation, and strategy teams and will partner with me as we lead our organization from strength to strength. Jamie has a long history with FJC. She was the liaison for Tawonga at FJC’s first Cornerstone gathering and graduated from the second cohort of our Executive Leadership Institute. We will benefit greatly from her vast experience as a highly regarded executive leader, an inspiring facilitator, and sought-after expert both locally and nationally on talent and culture, program innovation, and emergency preparedness and response. I am excited to add Jamie’s experience and skill to FJC’s impressive team, and her addition represents a collective win for FJC and the field.

Finally, I am about to celebrate my “bar mitzvah” at FJC, having completed 13 years in this role. I have cherished the opportunity to help extend the joyous Judaism of Jewish camp to more and more participants who truly light the way to a more vibrant Jewish future. I could not be more enthusiastic and hopeful as we move forward, dreaming big about what we can achieve together in the years to come.

Thank you for your continued confidence, support, and optimistic outlook.

About the Author
Jeremy J. Fingerman has served as CEO of Foundation for Jewish Camp (FJC) since 2010. Prior to joining FJC, he had a highly-regarded 20+ year career in Consumer Packaged Goods, beginning at General Mills, Inc, then at Campbell Soup Company, where he served as president of its largest division, US Soup. In 2005, he was recruited to serve as CEO of Manischewitz.