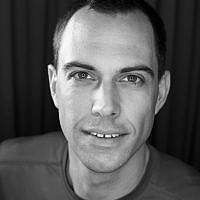 How does Israel stay on the cutting edge of technology in a multitude of fields? Furthermore, what makes it so special that so many foreign players flock here in search of the next big thing?

Israel’s innovation ecosystem is one of the most successful in the world due to its distinct society and culture, strong economy, government assistance, and “global-first” market strategy. In 2016, Israeli startups raised a total of $4.8 billion from investors, while high-tech and startup firms were sold for a total of $10.02 billion through acquisitions or initial public offerings. Israel also has the largest number of engineers per capita and the second-highest R&D investment as a percentage of GDP in the world.

Israel is known around the world as the “start-up nation,” with 2,000 startups formed in the last decade, 3,000 small and medium-sized startup and high-tech firms, 30 growth companies, 50 major technology companies, and 300 multinational corporations R&D centers. Disk-on-key technology, IP telephony, ZIP compression, the ingestible pill-sized camera, and many other market firsts are examples of profit-driven Israeli breakthroughs.

Israel has the world’s greatest per capita percentage of engineers and scientists, as well as one of the highest ratios of university degrees and academic publications. Israel boasts a world-class educational system and is one of the world’s most educated societies.

In the early 1990s, the Israeli government established the Technology Incubator program. Across the country, there are now over 25 incubators, all of which have been privatized. These incubators fund up to 85% of early-stage projects for up to 2 years. They help companies grow from seed to early-stage, reducing risk for investors. More than 1100 projects have graduated from the incubators so far, with over 45 percent securing additional funding from a variety of sources.
Furthermore, the Israel Innovation Authority, which has an annual budget of around $400 million, offers a number of support initiatives. The R&D Fund is the major program, which provides R&D grants of up to 40% of the authorized R&D program cost.

To provide some case studies, these two industries are on the rise in Israel:

Israel may not have a strong soccer team like their European counterparts, but eSports is growing steadily. StarCraft II is one of the most popular games being played in Israel at the moment, but that is set to change at any given time. Spring Games, a game developer, is attracting players to their latest competitive F2P game, MaxiBoom. Armed with attractive prizes and incentives to attract players, Spring Games plans to release play-to-earn games in the future, which may greatly increase the number of gamers looking to make a living in the eSports industry.
Technological Startup Nation

“Some of our long-term partners in Israel, such as eToro, Simplex, and COTI, have seen remarkable success and growth,” Itai Elizur, COO, and partner at blockchain PR agency MarketAcross said of Israeli crypto businesses’ achievements. The Cardano network, one of the industry’s leading blockchain platforms, is using COTI, an Israeli-developed cryptocurrency platform, as a payment processor.

However, there is more to say about the activities of the Start-Up Nation in this area. Despite the fact that Israel has a limited capital presence in the cryptocurrency industry (it wasn’t long ago when it’s still quite common to hear the question “What are NFTs?”) – its significance in the broader field of blockchain is tangible.

“We’ve seen a rise in non-token-based, deep blockchain solutions from the Israeli market,” said Elizur, who added that many of the young entrepreneurs are army veterans from top IDF intelligence groups like 8200, who see a lot of potential in the technology. “Blockchain appears to be one of the most popular industries right now.”

“It’s a well-known fact around the world that Israel is a large tech country,” Ilan Tennenbaum, an experienced trader, and cryptocurrency analyst said. The most significant contribution that Israeli enterprises have made to the blockchain world is in the area of cybersecurity. Because these networks handle billions of dollars in transactions, security is a major concern, and Israeli businesses lead the way in this regard.”

About the Author
Justin Doebe is the President of Nevelis Media. Justin is interested in Israel's startup ecosystem and aims to share his insights learnt from expanding to and managing business in Israel.
Related Topics
Related Posts
Justin Doebe