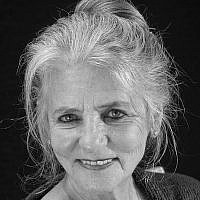 The Blogs
Gayle Donsky
Apply for a Blog
Advertisement
Please note that the posts on The Blogs are contributed by third parties. The opinions, facts and any media content in them are presented solely by the authors, and neither The Times of Israel nor its partners assume any responsibility for them. Please contact us in case of abuse. In case of abuse,
Report this post.

Democrats are befuddled – we’re at our “wits end” trying to comprehend how the Republican Party could possibly be successful in promoting blatant lies and backpedaling our nation’s generational progress of expanding human rights. The GOP is trying to strangle our nation’s democracy and transform it into an autocracy.

Some Republicans’ efforts have succeeded.This is most recently exemplified by the far-right extremist take-over of the Supreme Court, as well as Justice Samuel Alito’s leaked brief overturning the half-century law of the land, Roe v. Wade.

This weekend, the influential Republican Conservative Political Action Conference (CPAC) is holding its meeting in Hungary, where autocratic right wing leader Victor Orban was given a place of honor at the meeting.

We Democrats have been suffering from this chronic state of disbelief since the 2016 presidential campaign. Many of us believed that the nightmare would soon be over when the electorate came to its senses and discarded Trump. But to our continuing dismay and exhaustion, after protests and all manner of political efforts, it has only gotten worse. When and will it ever end?

Anne Applebaum, an historian with expertise in totalitarianism, who was recently interviewed by Ezra Klein, host of New York Times’ “Ezra Klein Show,” sheds much needed light on this bewildering question.

Following WWII, the United States demonstrated durable political success, ruling according to democratic values and rational principles. Political leaders made the assumption that rationality is a powerful and dependable ruling concept. In addition, political leaders have long assumed that the guiding principle of governing is to maintain the economic well-being of the population.

Applebaum cited the writings of Hannah Ahrendt, the political philosopher and scholar of totalitarianism, who wrote during and after WWII. Ahrendt understood that there are powerful impulses in human nature that are irrational, and that these impulses can make people susceptible to the propaganda of demagogues, who seduce them to join radical illiberal, non-democratic movements.

Liberals tend to base their beliefs on democratic values and, most importantly, on the rationality of human nature. We liberals don’t believe that the illiberal mindset can be sustained. We tend to believe that eventually rationality will prevail. According to Applebaum, this has been our problem. We haven’t appreciated, as Ahrendt points out, the powerful force that illiberalism has to pull people into these movements.

What are the conditions that attract people to illiberal movements and demagogues? According to Ahrendt, people have a strong need to belong, to feel part of a community, to have meaning. A sense of profound loneliness, of not belonging, of not mattering can lead to apathy, nihilism, cynicism, and a sense of powerlessness. These are the conditions in which people are susceptible to movements led by a demagogue, a strongman who offers a sense of belonging and meaning. Typically, the leader will attract and maintain his following by propaganda which includes creating fear of enemies and “the other,” confusion, questioning reality and convincing followers that only he can save them from these fabricated enemies.

When liberalism is in charge of government, even when the economy is doing well, Ahrendt says, government can seem technocratic and mechanical, meaning uninspiring to the people. People want to be part of a narrative, part of a movement, part something meaningful to them. In times of normalcy, it can be even more difficult to realize this sense of engagement and belonging.

Radical, illiberal movements can offer that sense of belonging—with few constraints from reality, the rule of law, or democratic values. Trump catalyzed the entire Republican Party into gradually becoming an autocratic party, promoting the destruction of our democracy.

It is urgent that the Democratic Party begin to speak to the needs of the people to be part of a bigger narrative, to be part of a movement, to be inspired, while continuing to embrace its democratic goals. Democrats must own and control the narrative (a talent at which the Republicans are far superior). It is easier to find a compelling narrative when you have a dangerous enemy, and illiberals are highly skilled at creating imaginary enemies —starting a war is a common tactic used by dictators who feel threatened of losing power.

Our democracy now has an existential enemy—the Republican Party. Every Republican candidate running for office who voted against confirming the 2020 election of Joe Biden, or who has been involved in an attempt to overturn the election, should be loudly called out as seditionist.

Democrat leadership can create bold, proactive narratives, as Barack Obama did during his 2008 presidential campaign with the theme of “Hope.” Ukrainian President Zelensky is showing the world how a democrat can be a charismatic leader with the profound and powerful narrative of saving western democracies from a savage, brutal, and criminal dictator.

For me, Ann Applebaum’s interview with Ezra Klein clarifies a troublesome mystery of how political leaders and voters could so irrationally and boldly embrace illiberal values, and knowingly erase the generational and hard-fought democratic freedoms and progress our nation has made.

The question is, will we and our political leaders create a bold, inspiring and proactive message, and a movement that an overwhelming majority of voters will seek to be part of—to belong?

About the Author
Gayle grew up in Houston, Texas where her father was deeply involved with the Jewish community and was a philanthropic supporter of Israel. Through him she became an active supporter of Israel. She is a retired social worker (child welfare, adoptions, pediatric) and psychotherapist. She is the producer of the award-winning short documentary, "Faces of Genocide," that examines the culture of cruelty that has allowed the shameful successions of genocidal atrocities.
Comments