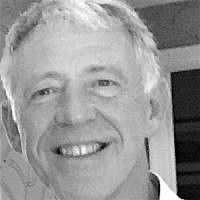 The Blogs
Ged Ornstein
Co-chair StandWithUs UK
Apply for a Blog
Advertisement
Please note that the posts on The Blogs are contributed by third parties. The opinions, facts and any media content in them are presented solely by the authors, and neither The Times of Israel nor its partners assume any responsibility for them. Please contact us in case of abuse. In case of abuse,
Report this post.

Over the years I have noticed events only get really bad when a series of seemingly unconnected or only loosely connected events combine to create a major disaster.

The reaction by Government to the Covid-19 pandemic is shambolic, with an unerring consistency in making the wrong calls as the situation unrolls; a lack of joined up thinking, statements of progress that bear little relationship to what is the reality on the ground, and promises of swift improvement that are unlikely to be met.

But what it all comes down to is a complete unpreparedness for the crisis.

What are the events that have made dealing with the crisis so shoddy in spite of the valiant efforts of so many within the NHS and the overwhelming goodwill within communities and the thousands of volunteers who wish to help?

Since the Financial crisis of 2008, successive governments have had to reduce public debt. This has resulted in in the diminishing of resources across the board and has hugely affected capacity in the NHS and also within the Social Services.

Added to the general financial restraints, Brexit has meant many overseas clinicians and nurses as well as auxiliary staff have left. To make matters worse, changes to the pension rules have driven out many senior doctors or made them part-time.

As a result, the UK entered the winter with hardly enough facilities to cope with the usual winter flu epidemics or the usual winter illnesses never mind a pandemic potentially affecting hundreds of thousands with a life threatening illness.

For a long time now, the plan has been fingers crossed, hope for the best, and rely on the heroic efforts of the dedicated NHS staff.

For the last three years Parliamentary attention has been entirely focussed on Brexit, with no agreement within the government or opposition. Rather there have been internecine battles. Two prime ministers have resigned. Since the decision to leave was an unexpected shock, UK politicians and the civil service were completely unprepared for the negotiations with the EU and have had to play catch up ever since.

Attention thus became focussed on one issue and little or no thought was given to the developing problems of an understaffed and under -resourced health and welfare system and an aging population.

In themselves these are enormous problems that need thought and radical solutions and should never be ignored.

All problems were made worse by an incompetent opposition, unable to hold the Government to account

Without the ability to achieve a majority on any Brexit vote an election was finally called in November 2019 with the vote taking place on 12th December 2019. All focus in the UK now turned to the election which was the Brexit Election.

Although some attention was still turned towards events in Europe, no one was noticing what was going on in China at exactly the same time.  It was a failure of politicians, not only in the UK but also in Europe and the rest of the world.

The Chinese undoubtedly concealed the problem but one could also argue that it was one of the biggest intelligence failures of all time and likely to have consequences for international relations with China far into the future.

The election and, before it Boris Johnson becoming PM, brought with it huge uncertainty within the civil service, where in any case, dealing with the Brexit negotiations had taken an enormous toll.

As a result no one was paying sufficient attention to the pandemic that was starting to come out of China and all were slow to act.

Britain was not only slow in comparison to say Germany, South Korea or Singapore but was also, as has been seen, ill prepared and disorganised.

4. Anatomy of a UK Catastrophe

It all comes down to a shocking failure by our leaders to protect us.

As always, we will muddle through but at what cost?

About the Author
Proud Zionist and challenger of antisemitism. Trustee and co-chair of StandWithUs UK. Co-producer of: 1. Whitewashed - Antisemitism in the Labour Party https://www.whitewashed.co.uk/the-film.htm 2. Forced Out - a film about people who’ve had to leave Labour because of antisemitism. https://youtu.be/b4f_Texfjb https://www.amazon.co.uk/dp/B082DJ1LHD/ref=sr_1_1?keywords=Forced+Out+Labour+Antisemitism&qid=1575581887&sr=8-1
Related Topics
Related Posts
Ged Ornstein
Comments