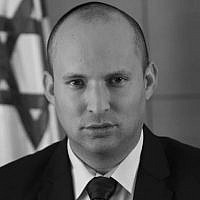 The Blogs
Naftali Bennett
Apply for a Blog
Please note that the posts on The Blogs are contributed by third parties. The opinions, facts and any media content in them are presented solely by the authors, and neither The Times of Israel nor its partners assume any responsibility for them. Please contact us in case of abuse. In case of abuse,
Report this post. 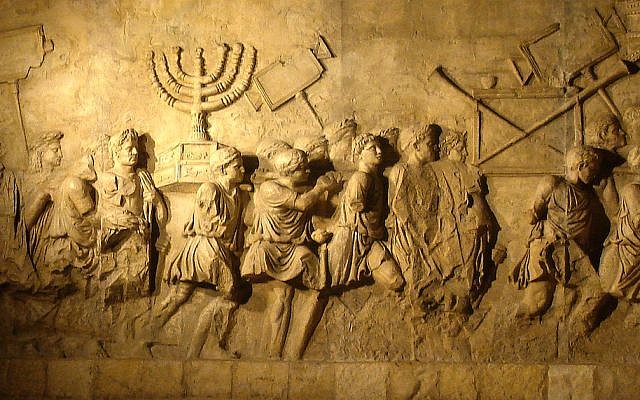 The Arch of Titus in Rome, depicting the triumphal parade of Roman soldiers leading away newly enslaved Jews after the sacking of Jerusalem in 70 C.E (CC via Wikipedia)

Jerusalem has been the focus of Jewish life for thousands of years, and will remain central to us even if an international organization votes in favor of distorting reality. The facts are simple, but facing attempts to rewrite history we must restate them: our ties to the Temple Mount were recorded by the Romans after they pillaged Jerusalem, centuries before Islam existed.

Not long ago, I visited the Arch of Titus in Rome’s pantheon. While surrounded by other structures, for us Jews this monument has a special significance. It was constructed by the Romans to celebrate their achievements, including the suppression of the Revolt in Judea, and displays the famous image of Jews forcefully marched to exile – an event we remember and mourn 2,000 years later.

Despite this historic image, literally carved in stone, there are those who deny the Jewish connection to Jerusalem in an attempt to delegitimize Israel’s claim to our capital. In April, the United Nations Educational, Scientific and Cultural Organization (UNESCO) provided the latest example of Western countries replacing fact-based truths with false Palestinian narratives. Yes, there are scholarly debates regarding its size and role, but the existence of a Jewish temple in Jerusalem, destroyed in 70 CE by the Romans, is accepted by all archaeologists and historians. 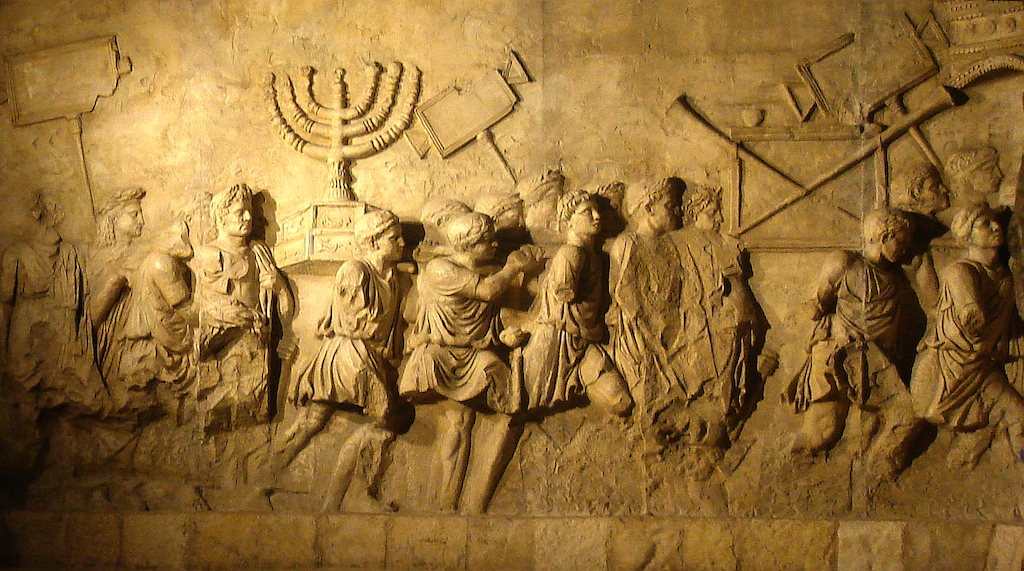 A scene from the Arch of Titus in Rome depicting the sacking of Jerusalem in 70 AD.

For years the Palestinians have been attempting to erase the Jewish connection to Jerusalem from the world’s memory, as part of their campaign to eradicate the State of Israel. This strategy became evident in the 1990s, when Arafat and PA officials issued numerous statements blatantly distorting history. In 1997, for example, the Palestinian Ministry of (mis)Information announced the “Jews never had any connection to Jerusalem.” In another example, from 1995, prominent PLO member Ismail Jamal said “There was never a Jewish Temple in Jerusalem.” Last year this senior official called the murder of Rabbi Eitam and Na’ama Henkin in front of their four children the fulfillment of a “national duty“.

UNESCO’s foolish decision was later condemned by France and others, but by then it had helped fuel the well-oiled Palestinian propaganda machine. Once again self-proclaimed Palestinian “experts” denied the Jewish connection to Jerusalem. In one instance, the PA’s official newspaper sanctioned a column by Jihad Al-Khazen, in which he “challenged” Israelis and Jews “to bring [him] one Jewish archeological remnant from Jerusalem.”

Such statements come after years of Palestinians systematically destroying any evidence of Jewish remains from the Temple Mount. However, despite their efforts, history cannot be erased. Sifting projects, set up by Israeli experts and operated by tens of thousands of volunteers from Israel and the Diaspora, have saved archaeological finds from the time of the Temple. The pieces recovered allow us to imagine what archaeologists should have discovered, restored and exhibited – but was lost forever. 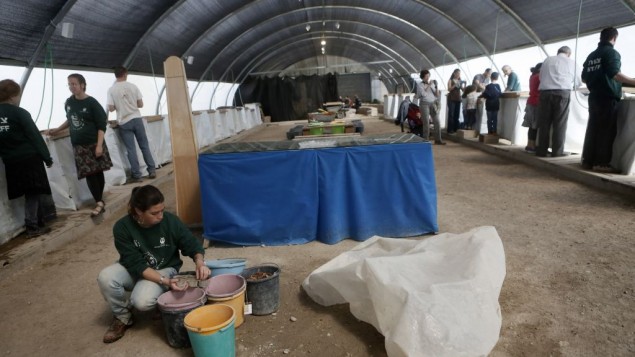 One of the items recovered this way is a rare half-shekel coin, from the first year of the Great Jewish Revolt against Rome in 66 CE. The rebellion, which continued for a fierce four years, eventually led to the destruction of the Second Temple and the construction of Titus’ Arch in Rome: The scene carved in stone shows shackled Jews carrying the Menorah and other artifacts from the Temple in Jerusalem, after the Romans burnt it.

For generations, Jews prayed towards Jerusalem as parents told their children about our destroyed capital. Every year on Tisha B’Av we teach our boys and girls that Jews were exiled from Jerusalem and we explain how the State of Israel is the fulfillment of our ancestors’ dream to return. Our children learn the truth written described by Josephus, told in the Talmud, etched in Roman stone and found in coins and shards from the Temple Mount: A truth no one, not even UNESCO, can change.

Naftali Bennett is Israel’s Minister of Education and Minister of Diaspora Affairs, and a member of the Security Cabinet

About the Author
Naftali Bennett is Israel's Minister of Education and Minister of Diaspora Affairs as well as a member of the Security Cabinet. He is Chairman of the Jewish Home Party.
Related Topics
Related Posts
Comments