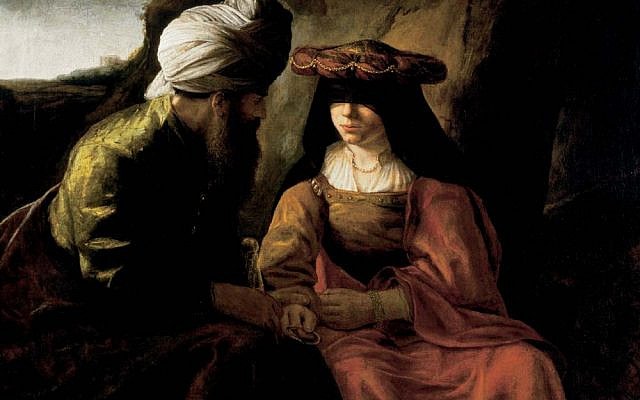 Why was the application of yibbum so different in the time of Yehuda? Why is Yehuda the decider of Tamar’s fate? Why does Yehuda not continue his relationship with Tamar?

The biblical origins of the mitzvah of yibbum arise from the story of Tamar and Yehuda  (Breishit 38:8), reflecting the fact that this law was a cultural norm even prior to the giving of the Torah. The concept of yibbum, aka levirate marriage, as detailed in Devarim 25:5, is the practice of allowing a brother to marry a sister-in-law if his brother, her first husband, dies without a son. However, despite the familiar components to contemporary halachic yibbum, the latter half of the story stands in stark contrast to halacha. Ultimately, Tamar compels her union with Yehuda, her father-in-law. A widow marrying her father-in-law transcends beyond normative halachic interpretation of yibbum. Yet, Yehuda himself at the end of the story confirms that Tamar had acted righteously, implying that her actions were just and moral in his eyes. Furthermore, the progeny of that union are twins, one of whose descendants eventually lead to King David; providing tacit approval of the text by replacing the lost sons of Yehuda and providing future familial honor.

The conclusion of the story provides even greater insight into the dichotomy between the everyday social norms of the patriarchs and ultimate halachic derivation. When Tamar is discovered to be pregnant, her case is brought by the community to Yehuda to determine her punishment. She is indicted as sourcing her pregnancy through prostitution (Breishit 38:24) and Yehuda condemns her to death by burning. Ultimately, the reader knows that the community members are in fact correct (38:14-18), yet after being presented with his own collateral for that solicitation, Yehuda is rebutted and affirms her fidelity to the family of Yehuda and her righteousness (38:26). However, he is never again intimate with her, demonstrating a degree of moral ambiguity as to the acceptability of levirate marriage via a father-in-law.

The fact that the people of the community are the enforcers of this retribution implies the events are consistent with contemporaneous communal law, which explains why it is so foreign to modern halacha. The legal milieu of this event requires a survey of legal codes from the region to provide insight into the events. The most compelling of which derive from tablet A of Middle Assyrian Law (MAL) and tablet II of Hittite law dating to the time of the patriarchs.

The reason for levirate marriage as a legal process served a dual purpose. It provided the legal permission for the deceased’s relative to marry a woman who would otherwise be forbidden to them by moral law. Additionally, it afforded the wife and her father an alternative financial arrangement lest she be returned home empty handed to her father’s house upon the death of her husband. In the ancient world, marriage was a financial tool for most people. Fathers used it to barter with other families. Women were subject to the authority of their fathers and husbands, only benefitting from the arrangement in that their material needs were now contractually fulfilled by their husbands, and no longer by their fathers. This explains why the community assumed Tamar had prostituted herself and inadvertently become pregnant. Estranged from her marital home, neglected by Yehuda’s familial obligation to her and forced to return to her father’s estate, she was likely desperate for financial support.

In addition to directing the process for levirate marriage, MAL 33 also elucidates that a woman is not released of her marital bonds to the family by the death of her husband, rather only upon exhausting all options for levirate marriage, including her father-in-law. This explains why the community assumed Tamar had prostituted herself as she was still expected to be chaste; reserved for the family Yehuda, pending his decision on his next son for levirate marriage or possibly himself in levirate marriage. If she became pregnant, therefore, it must have been through immoral means, and most likely prostitution as she was likely also destitute without subsistence from her husbands estate. Since Yehuda had not offered Shela, his youngest son, he had indefinitely postponed this process, leaving Tamar’s fate in limbo, forced to live off her father’s estate and inhibited from alternative marriage prospects (38:14).

These ancient laws also enlighten the ambiguity regarding the permissibility of Yehuda’s union with Tamar. Technically Yehuda was not granted permission of levirate marriage by her father and Yehuda still had a son to provide for her. This legal grey area made the union of Tamar and Yehuda socially tolerable albeit unsavory, which may be why Yehuda refuses to continue his intimate relationship with Tamar.

An additional curious detail of the story is the punitive procedure employed by the community and Yehuda. The people of the community do not bring their indictment against Tamar to the community judge, rather they bring it to Yehuda himself to determine her fate and punishment. Although not specifically stipulated in regards to levirate marriage violations, a curiously similar legal construct can be found in MAL 14 and 16 pertaining to adultery. These laws describe how a philanderous wife is punished based on the punitive choice of her offended husband. As was previously presented, the community understood Tamar’s actions as a violation of her marital bonds, effectively committing adultery against the family of Yehuda, of which Yehuda was the prevailing authority. Therefore it seems reasonable that he would be the prosecutor of her punishment for adultery against his family and the arbiter of her punishment.

It is also interesting to note the cruel punishment chosen by Yehuda. One must be incredulous to argue there exists a kind form of execution, but burning seems particularly gruesome, especially for a woman who was once a family member. However, one must take into consideration the fact that Yehuda was already under the impression that Tamar was the cause of his eldest sons’ untimely deaths as evidence from his hesitancy to grant her levirate marriage to his youngest and final son (38:11). He likely harbored considerable resentment against her from that morbid belief. Possibly even enough contempt to manifest as unmitigated cruelty given the opportunity. This transition from seeking vicious retribution against Tamar to recognizing his role in fathering her unborn child would likely contribute to an unwillingness to further a romantic relationship with her; whether as recompense for his own unjustified cruelty against her or as residual resentment against her for his lost sons.

Although not specifically relevant to the above discussion, further fascinating insights are revealed within the text when considering the significance and role of Tamar’s veil when analyzed within the context of contemporaneous ancient law. Please refer to “Why are veils so important in the Torah” for more on the topic.