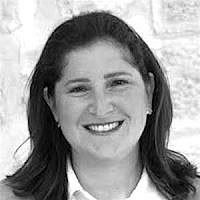 The Blogs
Joanna Shebson
Apply for a Blog
Advertisement
Please note that the posts on The Blogs are contributed by third parties. The opinions, facts and any media content in them are presented solely by the authors, and neither The Times of Israel nor its partners assume any responsibility for them. Please contact us in case of abuse. In case of abuse,
Report this post.

I sit in Jerusalem ready to blog about FUN and how tourists & locals can enjoy Jerusalem this summer. Yet I find myself trying to make sense of what is happening. We just heard that more soldiers have been killed in battles in Gaza. My heart is aching! How can Israel have an enemy so determined to wipe us out, not for the sake of land or control but just to kill us for being Israelis and Jews?

Hamas is a terrorist organization who is proactively attacking Israel with rockets, building tunnels of terror to attack Jewish neighborhoods and putting its own citizens in danger to benefit their cause. As terrible as all of this is, its the media war that really frustrates me especially as an American Israeli.

The media feeds the terrorist cause by focusing on quantity of casualties and not on blatant humanitarian transgressions by the terrorists. They   focus on the squalor in Gaza, without focusing on the opportunities Hamas has had to build infrastructure. Instead of building a city they chose to use cement to build tunnels to smuggle arms. These are not new thoughts. I have read them in blog posts, PM statements and news articles…and yet I still feel like I need to share.

What type of world do we live in? Is this really 2014? In the last week a passenger jet was shot down by rebels who just received a public slap on the wrist and ISIS militants have announced that all Christians in Iraq must convert, pay a heavy tax or leave Iraq. Have we returned to the Dark Ages?

Terrorists have taken over because the world has let them and the media in the US & UK has to realize they hold responsibility as well for the way they portray the issues. To the media, who sympathize with the terrorists I have a poem to share, written during the Holocaust by Pastor
Martin Niemoller.

Fighting terrorism is not a unique Israeli problem…but Israel is bold enough and smart enough to realize we have to fight back.

To the world media…to those with Western values across the world…for those who want freedom of religion and freedom in general…wake up…we are fighting for our lives here and FOR YOURS.

About the Author
Joanna Shebson runs Fun In Jerusalem, a Jerusalem tourism website that inspires family fun & Party in Jerusalem inspiring families to celebrate Bar/Bat Mitzvas in Israel. She and her husband made aliyah in 2007 from Los Angeles and love living in Jerusalem with their three kids. Joanna has an MBA from Kellogg Business School and is known for thinking out of the box especially when entertaining her kids.
Comments