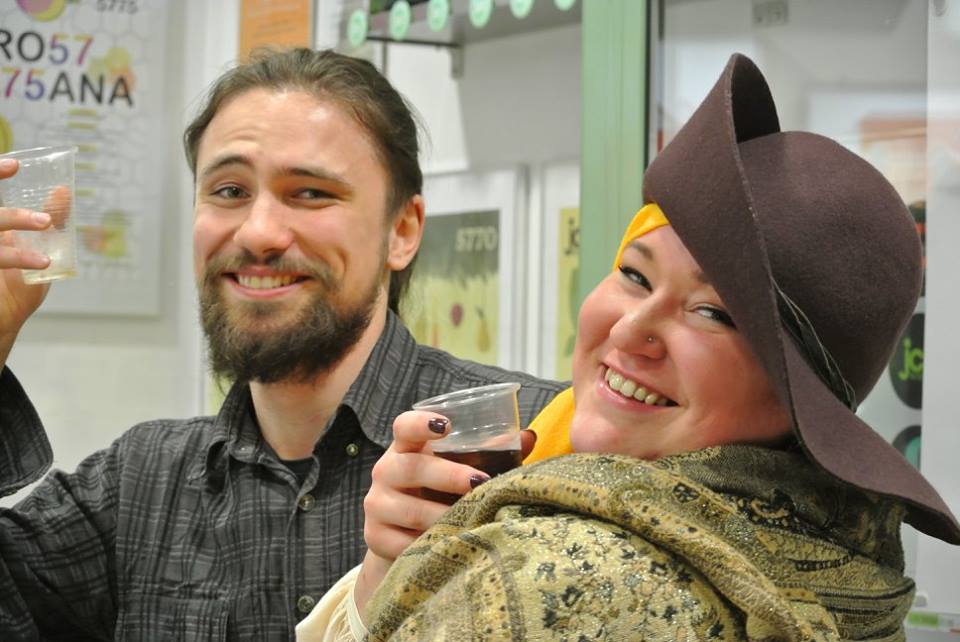 Olga grew up in Poland as a Christian Pole with no connection to Judaism until she discovered her Jewish roots at 12 years old. From that point Olga went on a journey towards her Jewish roots, finding social, spiritual and physical support at the Jewish Community Center in Krakow and studying with me several times a week for years. This story is not unusual in Poland; over the last 25 years thousands of young men and women have found their way back and entered the Jewish community anew helping to revitalize Jewish life in Poland.

But their story is not that simple: during Communist occupied Poland anti-Semitism penetrated deeply into the consciousness of Jewish Poles and they swore not to reveal their Jewish roots to their children or to themselves. So when, after a lot of prodding and delaying, Olga’s mom finally revealed Olga’s true identity, she said ‘your grandmother was Jewish’—unwilling or unable to utter the words ‘I am Jewish, my mother was Jewish, you are Jewish too…’.

The third generation since World War II is more open and willing to say out loud what their parents could only keep hidden inside. Olga’s aunt lived her whole life as a hidden Jew, never revealing to the outside world her true identity. Last year she passed away and I was unable to convince the family to have the funeral in a Jewish cemetery as they didn’t want to identify publicly as Jewish. Another soul was lost. 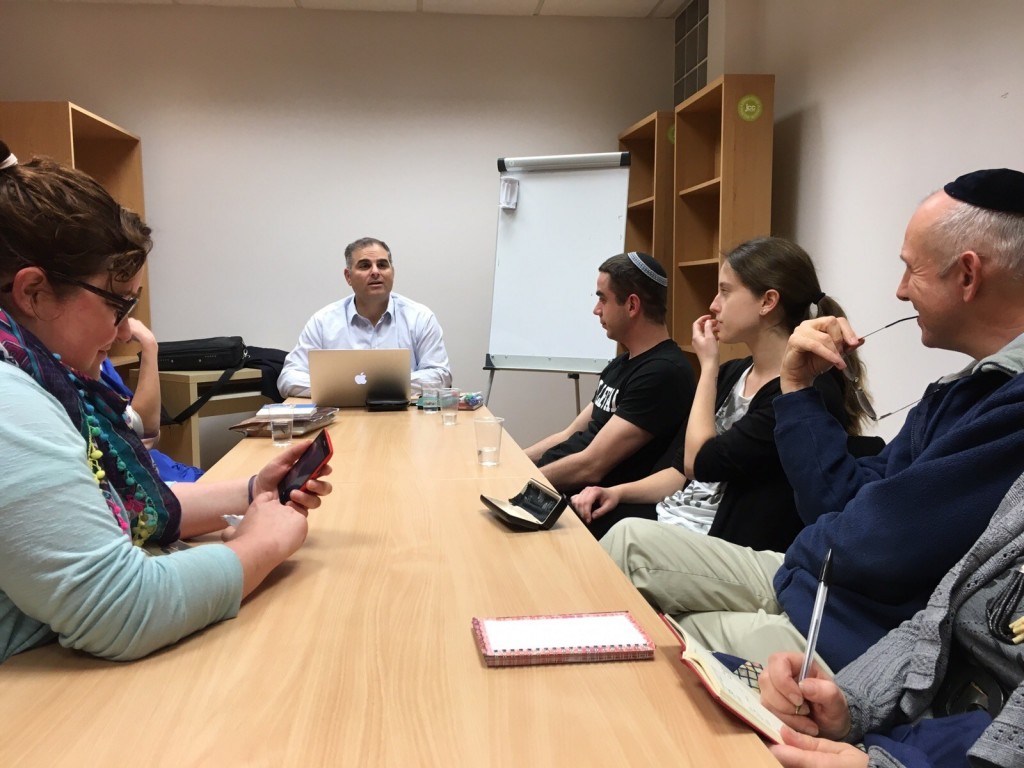 But Olga is turning back the tide; she has been undertaking this journey for several years; she has been studying, observing, volunteering, initiating projects, engaging in dialogue between Jews and non-Jewish Poles, educating Polish students about Judaism (who have a great curiosity about this lost part of Poland) and she has been determined to redeem generations of hidden and obscured identity.

Olga manifested this idea when I suggested she undertake an essential component of Judaism of which she had been denied her whole life—a Jewish name! So many new Jews in Poland are Kasias and Olgas, Agnieszkas and Paulas (Krzyszeks and Tomeks), but there are very few Avrahams and Rachels, Miriams and Devoras! 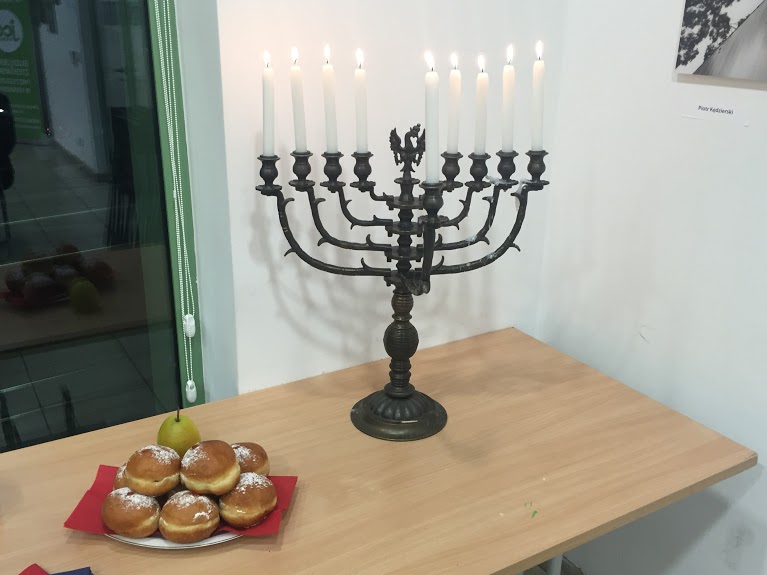 Olga jumped at the opportunity to acquire a Jewish name and after several months of preparation we finally celebrated this event last week at the JCC in Krakow, on the last night of Chanuka.

Surrounded by family and friends and most significantly her mother, Olga accepted upon herself a new name, a daughter of Israel. Devora. Why Devora? If you meet Olga and learn about her remarkable achievements you know she is a true leader, she is a strong believer in Judaism, Israel and strong Jewish women who can help shape Jewish life. For her it was an obvious choice. 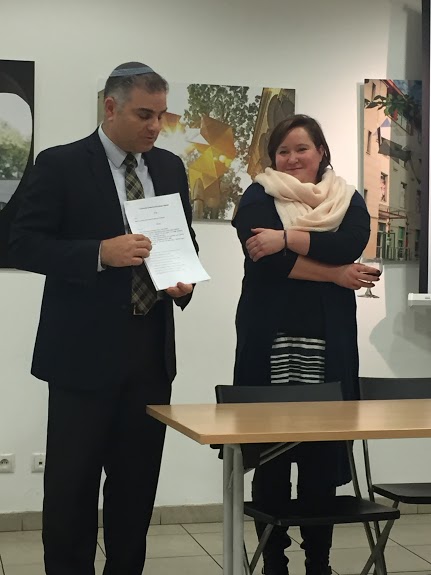 I searched high and low for an adult ceremony for one to acquire a Jewish name but came up empty-handed. With the help of the Itim website we came up with some great symbolic and emotional activities for this 30 minute ceremony. We began with the mitzvah of Chanuka candles and then after singing we all shared a cup of wine. We recited psalms of thanksgiving to God as well as midrashim which speak of the importance and uniqueness of a Jewish name.

“Each person is given three names: one by parents, one by friends and one which the individual acquires on their own—and that is the most important of them all.” 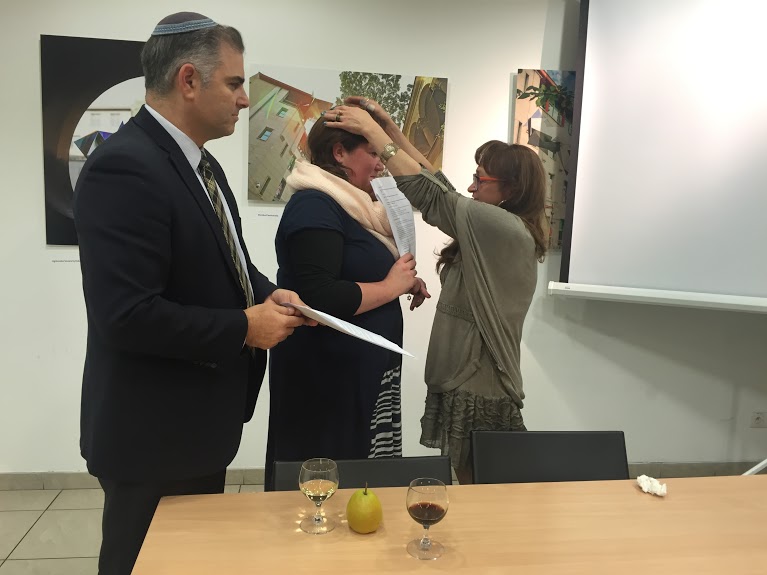 The culmination of the evening came when I asked Olga’s mom to stand up and give her daughter, Devora a blessing. Standing in an embrace and raising her hands above her daughter, tears were streaming down her face as she recited in Polish the hallowed words of Aharon, ‘May God bless you and keep you…’. In that moment, when a mother showed such pride in her Jewish daughter, all eyes moistened and we all relished in this historic return of Olga’s family to their Jewish roots. 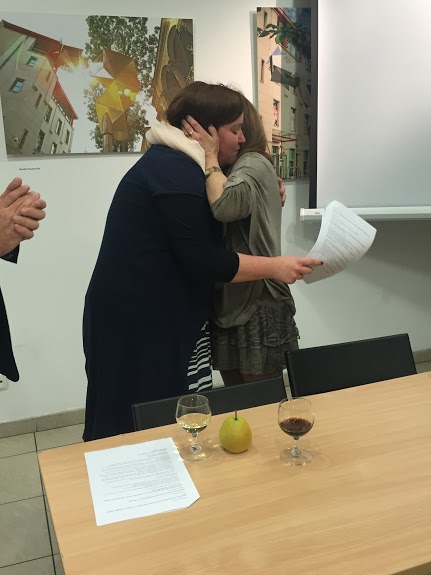 Devora connotes wisdom and action, prophecy and humility, the ability to surge forward and convince others to do the same while at the same time the willingness to delegate others to continue the battle and bring victory. I know that our Devora has many of these qualities and I am honored to be by her side as she continues her journey from strength to strength.