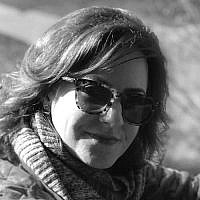 “It’s a good thing the Taliban can’t shoot to save their lives,” Annie chuckled, reading the text message aloud to our office of Afghans and expatriates. I shook my head in wonderment- not something you expect to hear every day. Since 8:30am, our office and living compound in Kabul’s Green Zone had been under “lock down”, meaning no one could leave and enter, and it was almost 2pm. This was unusual, even by Kabul standards, and some, especially the smokers, were getting jittery.

During lunch, our security explained that armed insurgents had taken control of a building near Kabul International Airport and commenced firing rockets, grenades, and mortars in the general direction of the airport. When I say “general direction”, please take it with extreme laxity. The fighters were firing at almost every building and compound in the vicinity, resulting in general confusion. Hence, the extended lock-down.

The Kabul gossip mill claimed that a UN compound, located two miles away from the airport, was the target. The only evidence for this claim was that the same number of rockets had been fired at both the UN and the airport. Note, they did not all hit their desired targets. Thank heavens, the Taliban were displaying terrible aim, per usual course. Additional facilities hit included an international hotel, the Kabul botanical gardens and zoo, and the Iranian Embassy. Zookeepers took measures to protect the most treasured animals includes Afghanistan’s sole pig, Khazir, who was a gift from the Chinese Government. But do be not be alarmed, no pigs were harmed in the making of this story.

“It is because they are using mortars- they are more difficult to aim,” inserted Abdul, a good friend and colleague who had stepped into our office to deliver a report.

“Farhad, how do you know what they are using? And that it’s the unguided type?” I inquired, quite impressed. Typically, that type of information was reserved for intelligence agencies.

“The sounds. My mother-in-law lives two buildings away from the terrorists. She is texting me now and says it sounds like grenades,” said Farhad imitating their high pitched and rapid shoo-shoo-shoo noises. “They are not using guidance systems because they keep missing the target,” Farhad announced with certainty.

“Sorry Farhad Jan, I agree with Abdul – they are using mortars,” Mohammad joined the conversation. A quiet engineer, Mohammad explained, “My cousin works in the international hotel being attacked. He hears a high pitched shrill followed by ‘whoop-whoop-whoop’ and then a loud thud. Only mortars sound like that.” When saying “whoop-whoop-whoop”, Mohammad’s raised hands expanded in ever-widening circles.

I was amazed by my colleagues and reminded of my time in Israel and The Republic of Georgia. Everyone knew everything and, after a while, you felt a member of a large, warm and slightly dysfunctional family. International intelligence agencies had nothing on babushkas.

“No, sorry you are all wrong,” Alan interjected. Alan worked next door and often floated into our office when bored. “They are using ground to air rockets. A friend at the UN messaged me. We were in Iraq together. There is no way to mistake that sound- or lack of sound.”

Listening to the impassioned debate, I shivered. Rockets sent chills down my spine. Mortars clearly announced their presence, sending out a shrill call as they arced before hitting the earth with thud. Rockets- you heard a whoosh, then nothing before a flash of angry red and orange followed by a tremendous bang that rattled your bones. Silent but deadly. Only a week prior, two rockets had landed near our compound. I had watched both rapidly descent just as the incoming siren went off. Normally an early warning mechanism, the incoming siren had accompanied the rockets. My windows trembled with the landing and I thanked Heaven for the shatter proof tape on the windows.

The debate raged in our office all afternoon- what type of weapons? How many terrorists? Maybe they were using more than one kind of weapon? Everyone had an opinion and had at least one source close to the action. Strange as it was- the debate gave us a sense of control. Also, it created a bond in our office. A common ground and mutual point of fear that united 155 expatriates and Afghans. They say there are no atheists in foxholes. I counter with there are no enemies in offices under fire.

Around 7pm, our security, begrudgingly, lifted the lock-dock and our Afghan friends and colleagues went home. The expatriates were to remain indoors, and I was going stir-crazy. Our compound doubled as living areas and offices, and at lunch I often retreated to our roof deck for sun. No such luck today and I longed for air not previously breathed by 155 people.

By 8:30pm, my security manager threw up his hands and allowed us access to the roof deck. ONLY the roof deck. My gentle nudging had worn him down. More to the point, Afghan forces had been fighting the Taliban for hours and international military forces were involved as well. It was only a matter of time before the fighting would end- and we were not in the line of fire.

Armed with food and three colleagues, I climbed to the roof deck. The night was very clear and from our vantage point we could see circling attack helicopters, plumes of smoke and flashes of orange and red. The Kabul Airport, and epicenter of the fight, was about five miles away and suddenly seemed much closer.

“So, they are using rockets,” I murmured recognizing (I thought) the arc of red and orange.

“You can’t tell from here. Besides, we can’t hear the sounds over the helicopters,” responded David, an experienced conflict zone guy.

As we watched, I was overwhelmed by a gratitude and a distilling clarity. There are moments in life where everything slows – when distractions fall away, and you know with clear vision what is important. That was one of those moments for me. I was in a conflict zone watching a live terrorist attack occurring less than ten miles away. During the day, when rockets, mortars, grenades, et al were flying around downtown Kabul, no one I, my friends and colleagues knew was hurt. I realized I was experiencing a miracle. I am forever grateful for that experience and the clear and true reality it taught me.

An After-Note: This story and my experience are a glimpse of what people in Afghanistan under-go everyday.  That Afghanis continue to move forward and live their lives with courage, fortitude and love is a testament to humanity’s creative power.