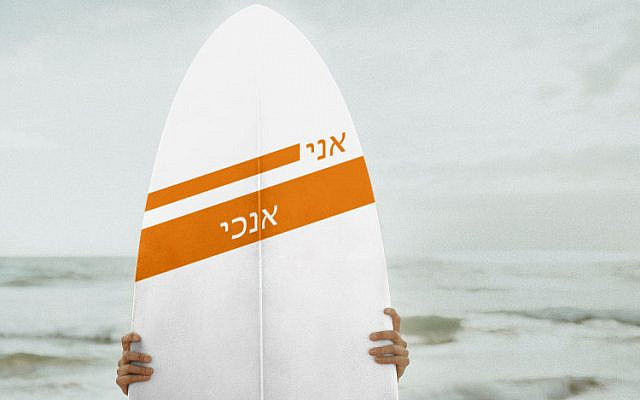 The Ten Commandments famously open with the words, “I am the L-rd your G-d who took you out of Egypt…” (Ex. 20:2). In this context, the Hebrew word for “I” is anochi. But try using the word anochi to mean yourself in Modern Hebrew, and you will encounter chuckles and guffaws. The word anochi is considered somewhat archaic; the way one refers to himself in Modern Hebrew is ani, not anochi. In fact, even in the Bible the word ani appears more than twice as many times as does the word anochi. So are these two words truly synonymous? Is there any difference between them?

The Maharal of Prague (1520-1609) writes that the difference between ani and anochi is that ani is the simple way of expressing first-person, while anochi refers to a reflexive first-person, i.e. when one stresses oneself. In other words, ani simply means “I”, while anochi means “I (myself)”.

Similarly, Rabbi Shlomo Pappenheim of Breslau (1740-1814) and the Malbim (1809-1879) explain that both the words ani and anochi are used to highlight a novelty, but the difference between them is in where the novelty lies. When using the word anochi the novelty is in the subject (“I — and not someone else — did such-and-such”), but when using the word ani the novel idea focuses on the predicate. Accordingly, ani omed (“I am standing”) means, “I am standing (as opposed to sitting)”, while anochi omed means “I (as opposed to someone else) am standing.” According to these authorities, when G-d began saying the Ten Commandments by proclaiming, “I am the L-rd your G-d…” He meant to stress that He — and no other — is our G-d who took us out of Egypt.

Rabbi Samson Raphael Hirsch (1808-1888) offers a slightly different twist on this discussion. He explains that ani connotes the first-person speaker as distinct from his intended audience, while anochi connotes the first-person’s intimacy with his audience in his role as their benefactor. By this rubric, G-d used the word anochi when introducing the Decalogue in order to establish His closeness to the Jewish People, especially in His role as their G-d, and in taking them out of Egypt. This explanation somewhat echoes the Midrashic tradition that the Hebrew word anochi in the Ten Commandments is related to the Egyptian word anoch, which means “love” and “endearment”.

Rabbeinu Bachaya (1255-1340) writes that the word anochi has deeper, Kabbalistic implications than the word ani does, but he does not explain this any further. This might imply that the word anochi alludes to one’s soul, while the word ani represents his body. However, there is evidence to the contrary: Ibn Ezra explains that the word anochi is related to the Hebrew word anoch (plumb line). Based on this, Rabbi Yehuda Leib Edel (1760-1828) writes that anochi recalls the bob at the bottom of a plumb line that serves to anchor the straightedge. This is analogous to the role of the body vis-à-vis the soul, as the body serves to anchor the soul in This World by containing it within physical boundaries. Accordingly, Rabbi Edel argues that although the words anochi and ani both mean “I”, they refer to two different elements of one’s personal existence. When a speaker uses the word ani he speaks on behalf of his own soul. But, when he uses the word anochi he refers to his body — his anchor to This World.

As an interesting side point, Rabbi Yaakov Tzvi Mecklenburg (1785-1865) proves from various sources that although the word ani is usually a common noun that refers to the first-person, when G-d uses that word He sometimes uses it as a special name of Himself.