This week we commemorate International Holocaust Memorial Day. Yesterday I visited Anne Frank’s house in Amsterdam. I’ve been doing a lot of reading recently on the Shoah trying to get a fresh angle to connect with the group I’m guiding this year on the March of the Living (Poland/Israel). The more I read the less I understand. I get angry. I get sad. I get frustrated. I get incredulous. It’s an emotional roller coaster. 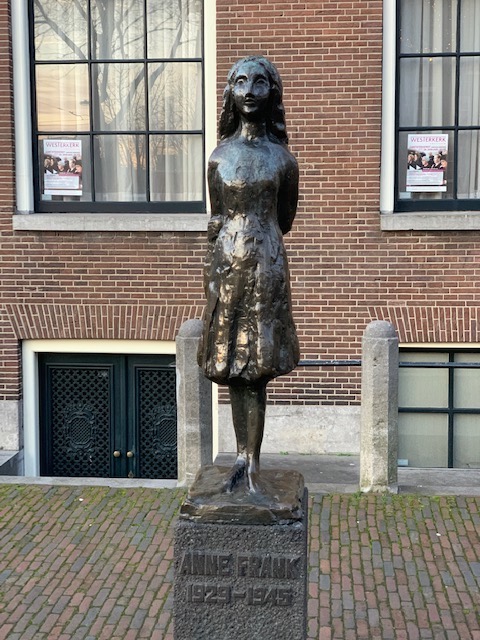 I remember the last time I led a group on the March. We assembled in front of the blown-up gas chambers at Birkenau after having marched in silence from Auschwitz I to Auschwitz II along the rail line and through the gates. At the ceremony, standing next to the IDF guard of honour was the former Chief Rabbi of Israel Rabbi Lau, himself a survivor, having being rescued by the American troops as a little boy. He started his address with the following statement:

Look around, there are 8000 youth from all over the world. That is half the amount of people who were murdered daily in Auschwitz at its peak killing capacity between June and November of 1944 when Hungary’s Jews (including my grandmother’s entire family) were being murdered.

I don’t really recall much of the rest of his speech, as the opening stunned us. The scale of the site and the scale of the murder and the scale of the evil just overwhelmed me. Seventy-five years later the soil is still grey with the ashes of the one million Jews who were murdered there. It’s so important to go at least once to Poland to learn about the rich Jewish life before the Shoah. To understand what we lost and to see the evidence of the mass-murder first hand, especially whilst we can still hear it in first person from the last generation of witnesses.

Most importantly, after visiting Poland, and other sites in formerly Nazi-occupied Europe, like Anne Frank’s house, we realise just how important it is to be in charge of our own Jewish destiny and not rely on the pity of our host-nations. How important it is to have our own Jewish state and a strong IDF. I get very emotional every time I return from Poland home to Israel. I’ve seen people weep with gratitude, myself included.