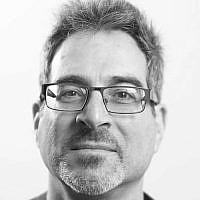 The Blogs
Gregory Rose
Apply for a Blog
Please note that the posts on The Blogs are contributed by third parties. The opinions, facts and any media content in them are presented solely by the authors, and neither The Times of Israel nor its partners assume any responsibility for them. Please contact us in case of abuse. In case of abuse,
Report this post. 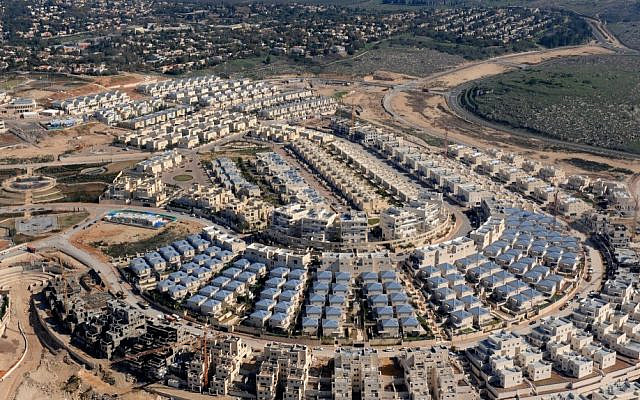 The Israeli government is considering applying Israeli civil law jurisdiction and administration to parts of the Jordan Valley and/or certain settlement blocs.  This possibility was proposed under the US Trump Administration’s Israeli-Palestinian peace plan and agreed in the broad national Coalition Agreement between most of Israel’s political parties.

The specific areas and timings are under internal negotiation. There is a lot of controversy in Israel and worldwide about whether this is a wise or even legal step. This blog post argues the case for its legality under international law.

If it goes ahead, Israel would replace military governance under the civil laws of Turkey and Jordan (the prior ‘occupiers’) with governance under Israeli civil laws. That is what happened when Israel declared the united city of Jerusalem to be part of Israel, after acquiring control when defending itself from Jordan in 1967.

Israeli civil governance wasn’t then extended to the rest of the area that had comprised Jordan’s ‘West Bank’. Instead, a pragmatic Israeli approach was pursued that would ultimately enable Palestinian self-determination over mostly Arab-populated areas, while ensuring the security of Jewish self-determination by controlling  areas of strategic defence importance, thus hopefully enabling a sustainable peaceful solution between them.

Israel never abandoned its claims of sovereignty to this area, historically called ‘Judea and Samaria’, as part of the ‘Land of Israel’, just as Palestinian Arabs still claim sovereign rights there. Israel has offered territorial compromises since 1967, while the Palestinians rejected repeated Israeli offers, e.g. 2000, 2001 and 2008, of Palestinian self-determination in the majority of this land.

The result is a categorically unique case: there is no comparable international legal situation in the world today where a country that acquired territory in self-defence and offered to surrender it in exchange for peace was refused.

In this case, the term “annexation” is, in fact, a misnomer. It refers to the forcible taking of territory belonging to another State. The disputed territories here did not belong to Jordan. A state of Palestine does not yet exist and a Palestinian right to self-determination does not entail automatic sovereignty throughout all of the West Bank.

The legal status of this territory is also currently the subject of a case before the International Criminal Court (ICC), where a majority of submissions invited by the court assert that Israel has legitimate claims to the “West Bank” where a half million Jews live.

The territory was previously the subject of a League of Nations Mandate  for the purpose of establishing a homeland of the Jewish people. Pursuant to article 80 of the UN Charter, those rights under the Mandate remain binding under international law.

Israel obtained control of that territory lawfully, and no judicial authority or universal state practice supports a general rule that a State that is an Occupying Power cannot also have sovereign claims. The International Law Commission Draft Code of Offences against the Peace and Security of Mankind endorsed the legality of acquisition of territory, unless by aggression or in violation of the UN Charter.

International practice demonstrates that aggression, such as Jordan’s in 1967, consistently leads to forfeiture of territory. Examples include breaking up the Ottoman Empire and Austro-Hungarian Empires in World War I and, in WWII, Japanese and German losses to the Soviet Union. Furthermore, Jordan’s claim to the West Bank was never recognised even by Arab states.

Israeli claims of sovereignty form the basis for negotiations under the bilateral Oslo Accords agreed with the Palestine Liberation Organisation in 1993, and also under the multilaterally agreed Roadmap to Peace. There is also a body of scholarship that claims that Israel has lawful sovereignty due to the doctrine of “succession”, a kind of international inheritance law.

Nevertheless, Israel still wishes to negotiate away most of ‘Judea and Samaria’ in return for peace and security. This is the essence of the Trump Administration’s peace plan – and it formed a common sense part of prior peace plans too. Unilateral Israeli action this year by Israel to assert its legal rights in parts of Judea and Samaria might break the negotiations deadlock, by pressuring a Palestinian side that has simply been refusing to negotiate since 2014.

Of course, as political issues, the Trump Peace Plan,  Israel’s interests in regulating up to 30% of the West Bank under its civil laws, and whether that will promote or undermine peaceful resolution of the Arab-Israel dispute, are open to debate. Competing interpretations of international law are similarly uncertain. Any adamant assertion that the international law is absolutely certain that Israel has no rights merely serves Arab interests in avoiding negotiation and compromise. It serves neither Israeli-Palestinian peace nor international law.

This blog was originally published by the author as an opinion in the Sydney Morning Herald (Australia) on 26 June 2020.

About the Author
Gregory Rose is a professor of law at the University of Wollongong Australia. He teaches international law in relation to marine affairs and transnational crime and has edited books on prosecuting the profits of environmental crime, and on detention of insurgents in international military operations and published widely on mechanisms for the effective implementation of international environmental standards.
Related Topics
Related Posts
Comments