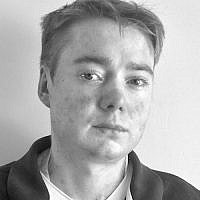 The Blogs
Henry George
Apply for a Blog
Please note that the posts on The Blogs are contributed by third parties. The opinions, facts and any media content in them are presented solely by the authors, and neither The Times of Israel nor its partners assume any responsibility for them. Please contact us in case of abuse. In case of abuse,
Report this post. 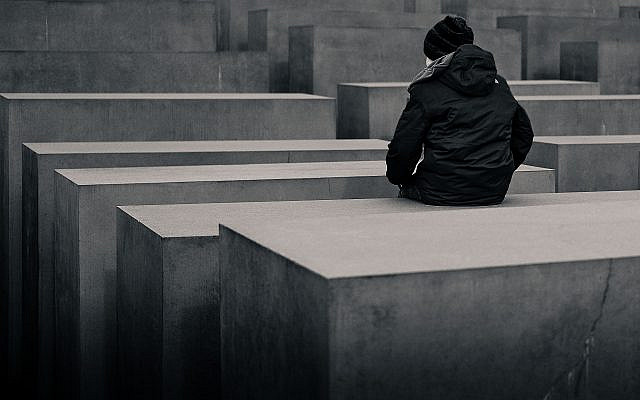 Photo by Moritz Schumacher on Unsplash

Anti-Semitism is a virus the tenacity of which would almost be a wonder to behold if the outcomes weren’t so blood-drenched. It adapts and changes to fit whatever time, place, cultural and economic context in which it finds itself. Of course, this way of looking at it is rather disembodied. Anti-Semitism is the product of human folly and the flawed human nature looking to place the sin in others that resides in our own souls.

The morally complex way of viewing the world, is realistic about our fallen condition, does not allow for a splitting of humanity into the anointed and the damned. When the sin of our condition is one side of a divide across our hearts, it is not so easy to view oneself as entirely blameless and others as entirely blameworthy.

But in America, Britain and the Anglosphere, the emerging moral dispensation is one that repudiates this way of looking at and being in the world. Now there are people in what David Hirsh calls the Community of the Good, defined by oppression from bigoted social structures as holy victims whose morality is defined by pain as moral character. Those in the Community of the Damned – really everyone else not of some racial, sexual or gender identity other than straight, white and male – are inherently tainted with the stain of the sin of privilege for which they can never repent nor be forgiven.

As there is monetary currency, with which we engage in economic transactions, so there is moral currency, with which we engage in social transactions. Victimhood and the claimed oppression from so-called ‘lived-experience’ constitute the new moral currency of our emerging moral dispensation. The more of it one has, the more one enjoys the benefits of the social world of late-modern Anglo-American society. The more intersecting oppressed identities one can claim to have, the greater one’s stock of moral capital.

This grotesque way of viewing the world dominates what passes for intellectual conversation in large parts of the modern, increasingly identitarian left. The problem is if victimhood is the new moral currency, where does that leave Jews, who can claim to have been victimised beyond all other groups in history? Yes, that’s right. Jews now occupy the same role in our new moral economy of the early 21st century as they did in the financial economy of the late 19th/early 20th centuries.

As was revealed in sordid detail over the years of Jeremy Corbyn’s leadership, a dismaying if not surprising number on the modern left view Jews in ways that would be familiar to Henry Ford and other giants of the anti-Semitism industry that pumped poison into the veins of societal discourse right up to and through the Holocaust.

Jews have become the monopolisers of the moral signifiers of leftist identitarianism in our moral economy. Jews are recast as the same old oppressive, miserly people of old anticapitalist, antisemitic tropes. Instead of ruling the world through the banks and manipulating and sucking economies and, good honest workers dry, for their own clannish benefit, Jews today are accused of hoarding the capital of oppression and victimhood rightly due to other oppressed people. This moral economy is zero-sum, and Jews have, so others have not.

The Holocaust stands in direct contradiction to other groups’ claims of supreme victimhood. This then stands as a resource to be stripped-mined for the enlargement of its resource of victimisation for those who wish to give existential meaning to their lives by how painful their existence is. Why should Jews have all the suffering to themselves, goes the argument? Typical Jews, keeping valuable things for themselves. Either the legacy of the Holocaust must be appropriated, diminished, or denied. We see all three in the modern identitarian left and the Islamist extremists.

The position of the identitarian left and its Islamist allies can be summarised as “why do Jews get all the victimhood forever? Why shouldn’t we have it ourselves? And if they won’t give it, why shouldn’t we take it for ourselves?” It is interesting that talk of ‘privilege’ easily translates into rhetoric of ‘Jewish privilege.’ Old wine in new skins.

Having never really adopted a victimhood mentality despite legitimate reasons to do so as a result of my disability, this way of looking at history’s greatest crime for me is repugnant. I have no need of appropriating specific Jewish suffering for my own moral and existential validation, and those who do have had something go very wrong in their moral, intellectual and cultural formation to view the world this way.

This is why Israel is seen by the antisemitic anti-Zionists as illegitimate, a blood-debt paid to Jews, absolution gained through imperialism. It was supposedly a way of assuaging European’s guilt and rebalancing the moral economy in their favour, with Palestinians as collateral damage. Repudiating Israel’s right to exist, and labelling it as a remnant of ‘white settler-colonialism’ that ejected an indigenous people in favour of an alien European Jewish other, is an easy way of accruing moral capital on the identitarian left today.

Diminishing the particular victimisation of Jews yesterday under the Nazis through universalisation to all other oppressed groups, alongside minimising anti-Semitic and terrorist attacks on Israeli and Diaspora Jews today, thus becomes a way of ignoring and denying the victimisation of Jews in the past and present. Jews’ supposed ‘privilege’, whether in the old or new use of the term, denies Jews recourse to recognition and justice. It’s all the same Jew-hatred, simply concealed by a supposedly kinder, more benevolent attitude towards the supposedly more deserving afflicted.