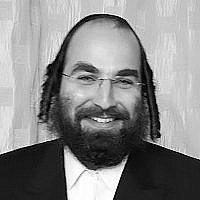 The Blogs
Shulem Stern
Apply for a Blog
Please note that the posts on The Blogs are contributed by third parties. The opinions, facts and any media content in them are presented solely by the authors, and neither The Times of Israel nor its partners assume any responsibility for them. Please contact us in case of abuse. In case of abuse,
Report this post.

Anti-Semitism is highly under-reported in the Charedi Jewish community, an issue that has been acknowledged at government level, however no feasible solution has been put forward other than an ongoing plan which is already in place. But it’s obviously not working very well to tackle this concerning trend, it is utmost concerning as the Charedi Jewish community are the most visible Jews in the UK, and therefore the most vulnerable to anti-Jewish prejudice and attacks.

This is what the Home Office and the Home Secretary write in the Government’s most recent ‘Action Against Hate’ publication (July 2016): “Jewish people from the Charedi community are less likely than other sections of the Jewish community to report hate crimes to the authorities or to our partners such the CST. We will work with the Charedi community to increase awareness, educate young people in the community as to what constitutes a hate crime and encourage reporting, including supporting youth groups with an education programme on what constitutes hate crime and how to report it.”

In order to tackle this issue, the government must understand the reasons behind why anti-Semitism is so under-reported in the Charedi Jewish community, on which I will try to shed some light here, using both my personal experiences as a Charedi Jew with a clear visible Jewish appearance and also my knowledge from working with other victims from the Charedi Jewish community as part of my work with ‘Shomrim’ (a Voluntary Proactive Neighbourhood Watch) in Stamford Hill, London.

There are five main reasons why a Charedi Jew might hesitate to report anti-Semitism to police or even to their friends and family:

After a recent family holiday trip, I tweeted “Finishing two weeks of family holiday in Cornwall, I didn’t experience any anti-Semitic abuse. This is the GREAT Britain I’m so proud of”;

Finishing two weeks of family holiday in Cornwall, I didn’t experience any anti-Semitic abuse. This is the GREAT Britain 🇬🇧 I’m so proud of

I had a lengthy discussion with him, and explained the importance of reporting all crimes including anti-Semitic hate crimes, and reassured him that the general law abiding citizen is not an anti-Semite and will not target him because they knew he felt vulnerable and expected to be racially/religiously abused regularly, which he eventually understood. But there are many more in the Charedi Jewish community who believe this misconception, and will deliberately avoid speaking up against anti-Semitism and reporting hate crime.

Anti-Semitism is part of normal life, I am not man enough if I report it.

As part of my work with ‘Shomrim,’ I get to speak to many members of the Charedi Jewish community about their concerns and experiences; recently, another friend of mine, also a visible Charedi Jew, told me that he experiences anti-Semitic verbal abuse regularly (as do most visible Jews), but never reports these incidents; he explained that it happens so often that it has become part of normal life which he must accept, and that he may be seen in a bad way if he reports it, that he is not man enough to accept the abuse and walk on; though he did agree that he would report more serious offences, for example if he was assaulted.

Anti-Semitism feeds the Zionist agenda and endorses Israeli policies which I do not agree with.

Nobody will be brought to justice, my report is pointless.

This is an issue not solely for hate crime, but also for reporting crime in general, many victims in the Charedi Jewish community will not report crime if the perpetrator is no longer around, as the chances of them getting caught are minimal, they feel they are wasting their time reporting these incidents. As part of my work with ‘Shomrim’ I always explain the importance of reporting crime, even if the perpetrator is unlikely to get caught, as this will allow the police to focus their patrols accordingly to help deter crime and increase their chances of bringing offenders to justice.

Fear of reprisal and revenge.

This in my experience is the number one reason victims hesitate to report crime, victims regularly raise this concern, they are scared the perpetrator might take revenge and attack another Jew as revenge for reporting them. This is a fear which is the opposite from reality, in my experience I have seen that perpetrators who are not held to account for their actions will return and commit more serious offences, and offenders that are arrested realise that you will not tolerate their behaviour and will go elsewhere.

I hope you have found this blog insightful and share it with others who may benefit from a greater understanding on this issue. Feel free to send me your feedback via Twitter @ShulemStern.

About the Author
Shulem Stern is a prominent member of London's Orthodox Jewish and Charedi community in Stamford Hill. Shulem has done a lot of work with victims of anti-Semitic Hate Crime in the Charedi Community in Stamford Hill, London UK, as well as raising awareness to this issue. Shulem, @ShulemStern on Twitter, has earned the nickname of a 'Twitter Guru' as he regularly helps other Twitter users, with his immense knowledge and expertise with the social media platform.
Related Topics
Related Posts
Comments