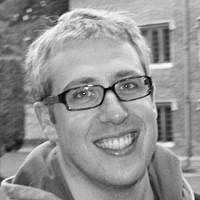 The Blogs
Elie Jesner
Apply for a Blog
Advertisement
Please note that the posts on The Blogs are contributed by third parties. The opinions, facts and any media content in them are presented solely by the authors, and neither The Times of Israel nor its partners assume any responsibility for them. Please contact us in case of abuse. In case of abuse,
Report this post.

‘I did not expect 120 years after the Dreyfuss case and 70 years after the Holocaust, that the cry of ‘Death to the Jews’ would be heard again in the streets of France and Germany’      Lord Jonathan Sacks

At 10pm on October 10th 1940 Walter Benjamin took an overdose of morphine which he knew would kill him.  Benjamin, a German Jewish public intellectual in the critical tradition, was in a hotel under police guard in the small town of Port Bou at the Spanish-French border.  He was part of a small group of Jews who had made a perilous hike through the Pyrenees to try to escape from France.  The Germans in France had been seeking his arrest and he imagined that his fate in their hands would not be favourable.

Benjamin did not leave much of a suicide note, but his final essay can be read as one.  Titled ‘Theses on the Philosophy of History’, it was, in spite of its abstract sounding title, a direct response to the Hitler-Stalin pact of 1939.  For a Jew who had strong sympathies with the ideas of communism and their embodiment in the Russian state, this treaty dealt a nasty and decisive blow to his faith.

Benjamin had posted this essay to both Gershom Scholem and Hannah Arendt, and whilst Scholem never received his copy Arendt made hers known and ensured that it was published.  (This was done by the Institute for Social Research, headed by Theodor Adorno, which had itself been forced to relocate in 1934 from Frankfurt to New York.)

The essay is an attack on the complacent belief in progress.  Progress had come to occupy a key place in Enlightenment thought, wherein, to put it simply, people believed that being better informed would make human beings better behaved.

This belief took on Messianic proportions in the work of Hegel and Marx, who believed that the gradual and rational unfolding of historical forces would bring mankind to perfect illumination and a state of redemptive bliss.

The brutal reality that he was presently encountering helped Benjamin to see that Progress was a mirage, an illusion, a way in which mankind was still attached to childlike ideas of a Saviour.

There may be pockets of localised progress in our attempts at understanding social and political reality, but, warns Benjamin, there is no overarching spirit of Progress to ensure that these lead us into a secular and rational utopia.

Benjamin thus stands as a reminder against a certain form of complacency, he challenges our sense that because we live in the most knowledgable period of human history we can be assured that our moral judgments and political intuitions will always be infallible.

Human beings, we might say, never really progress that far, there are barbaric and destructive forces which await ever so slightly beneath the surface.

As he memorably puts it:

The astonishment that the things we are experiencing in the 20th century are “still” possible is by no means philosophical.

History brings with it no guarantees, its lessons are being forever forgotten.  The instinct which ignited the earliest tribal wars still courses through the blood of homo sapiens in the 21st century.  All the intellectual sophistication in the world might only serve to make it harder to detect, might indeed make its effectiveness all the more chilling.

Hitler rose to power, after all, in the country of Kant, Beethoven and Goethe.  The Final Solution showed how comfortably one could marry ancient passions with technological advances to appalling and terrifying effect.

Benjamin despaired in the face of this, the threads holding his world together had come undone.  He said that ‘he could not go on, [he] could not see any way out’.

Dejection, however, is not the only possible response.

We need not give up all hope, we might instead call for a renewed sense of vigilance and responsibility with regard to human conduct, for a greater attentiveness to the ways certain patterns of thought and speech are starting to infect public discourse.

There is no magical barrier against the rise of nationalist and racist ideologies in Europe.  Difficult economic times, together with a sense of threat and alienation that multi-culturalism fails to address, create the perfect breeding ground for a renewed politics of hatred.  These challenges need to be tackled, we cannot sit back and expect them to undo themselves, to discover through self-reflection the fallacies of their construction.

On another front, the horrors being perpetrated in the name of Radicalised Islam also shake and unsettle our faith in Progress.  They further highlight the dangers of complacency, the belief that things are always getting better.

History is more cyclical than linear, and we are at a very dangerous point in that cycle.

Progress, however, is not only about physical and political security.  For the Jews of Europe, the Enlightenment promised emancipation from their alien and outsider status; the novel idea of citizenship allowed a Jew to feel that he was an equal and respected part of society.  Many Jews embraced this possibility with tremendous enthusiasm, becoming some of the most enthusiastic advocates of the ideal of universal humanism.

One Jew who wholeheartedly signed up to this vision was Sigmund Freud.  He sought to ground his thinking in the universal language of science and firmly believed that the limiting and particularist illusions of mankind had very little future.

These hopes and visions, together with his humanistic affiliations and sense of universal identity were crushed by the rise of Nazi fascism.

In May 1933 his books were burnt in as part of Hitler’s program of Cultural Purification.  On hearing this Freud made the following comment to Ernest Jones:

‘What progress we are making, in the middle ages they would have burnt me, now they are content with burning my books.’

What progress indeed.  The words cannot fail to chill us; four of Freud’s sisters were murdered in Nazi concentration camps.

Freud in 1933 continued to have faith in European civilisation, and thought that the whole Nazi affair would blow over without grave consequence.  He refused to relocate from Vienna, and only escaped to London at the very last minute in 1938.

Freud’s essay of this time – Moses and Monotheism – is very much rooted in these experiences.  It is a meditation upon identity, upon the meaning of being Jewish.

In his claim that Moses was actually of Egyptian origin, Freud is telling us something about his own frustration and confusion.  He was a Jew, but he had believed that he was also part of a noble European tradition, an heir and spokesman for the Enlightenment, a pioneer in the universalist field of science.

Freud discovered that he was in fact being spurned by a distortion of that European tradition: not only did it not value and celebrate his contributions, it denied his right to live, and sought to exterminate his people from history.

Freud’s return to Moses is a return to his people, and an attempt to highlight and celebrate its contribution to humanity.  It reclaims for Judaism the ideas of universalism and abstraction, the intellectual rigour and moral clarity which Europe, in this dark moment, seemed to be forgetting.

The universal humanist is forced, unwillingly, to become a ‘stubborn’ nationalist, to mourn the loss of a community where he had belonged.  He was once more in the position of exile, both physical and existential, bewildered at the speed with which civilisation had regressed.

The Jew  – then and now – is forced into defending himself and his people, and in doing so he acutely suffers the pain of taking up such a combative position, of squandering his energies in the effort to rebut hatred, of acknowledging the truths of Jewish paranoia.

But more than this, he suffers the loss of belonging, of no longer feeling at home in a liberal multi-cultural society, of needing to deeply question his faith in his society.

An old fissure in his identity is re-opened, and the abyss beneath it forces choices upon him which he hoped he would never have to make.

Freud’s final words in Civilisation and Its Discontents speak to the present moment, wherein its alternate translation – ‘The Unease Inherent in Civilisation’ – feels all the more appropriate:

The fateful question for the human species seems to me to be whether and to what extent their cultural development will succeed in mastering the disturbance of their communal life by the human instinct of aggression and self-destruction.

But who can foresee with what success and with what result?

This pessimistic final line was missing in the initial 1930 edition; he added it in 1931 as the menace of Hitler was becoming clearer.

It was becoming impossible to believe in Progress, in Emancipation; nothing had really changed since the middle ages.

Freud’s legacy to humanity was of course inestimable, and one would hope that his studies of aggression, destruction and hatred might be used to understand and counteract the new wave of poisonous ideologies haunting Europe.  But I fear that such rigour is not being applied, such questions are going unexplored, and that a complacent unthinkingness is in danger of allowing history to repeat itself.

Now is the time to stop this vile epidemic, once it takes root in the hearts of large parts of the public it will be impossible to restrain.  Legitimised hatred is the perfect undoing of civilised man, bringing out his most demonic and barbaric capacities.

Writing in the aftermath of the holocaust, Theodor Adorno, another Jewish intellectual of universalist leaning, famously wrote that ‘there can be no poetry after Auschwitz’.

The daydream of humanity had ended, the slaughter and tyranny of the Nazis had issued a nasty wake up call to Western culture.  It was imperative to maintain vigilance and caution: romantic fancy and misguided imaginings could pave the way to another sea of blood.

If Adorno’s demand seems too much, one would have hoped that there would at least be no more anti-Semitism after Auschwitz.  But this was not destined to be the case, and we can afford no more complacency in our efforts to combat and eradicate all politics of hatred.

Those who condone it or casually let it flourish will have a dark stain on their consciences if the situation deteriorates.  Nine hundred years of anti-Semitism in Europe make it very hard to be optimistic about the next scenes of this drama.

It is not too late. Europe, through its individuals and its leadership still has the chance to reverse this trend.  But that requires facing it honestly and courageously, and not hiding behind fantasies of Progress and the belief that we have somehow advanced beyond such possibilities.

Benjamin wrote to Scholem in 1940 that ‘activities of the Zeitgeist have provided the desert landscape of these days with markings unmistakable for old Bedouins like us’.

We must all have the insight and bravery to read those markings, and we must all take pro-active steps to ensure that we are neither victims nor perpetrators of humanity’s endless capacity for hatred.

About the Author
Elie Jesner is a Psychotherapist, Educator and Writer based in London. He teaches Talmud, Psychoanalysis and Judaism at LSJS, JW3 and JCoSS. He writes at thinkingdafyomi.com, a website for psychoanalytic and philosophical explorations of the Talmud .
Comments