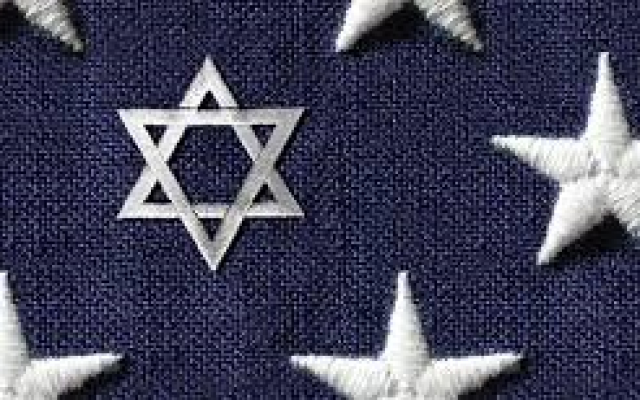 Over the last couple of decades, Anti-Semitism in America has increased while support for Israel and Holocaust Education/Awareness has decreased. Earlier this year a study was performed and then released on Holocaust Remembrance Day that found that 2/3 of Millennials have never heard of Auschwitz before and the majority believed that only 1 Million Jews perished in the Holocaust. In response to this study, some Representatives in Congress sprung into action to draft H.R. 5460, Never Again Education Act. As of today, there are only 31 cosponsors of the bill.

Sadly, I think there is a direct correlation in the rise of Anti-Semitism and with the diminished support for Israel and the increased support of the BDS movement.

Just this past week, there were two incidents of anti-Semitism. The first incident was in Carmel, Indiana. A Nazi flag and swastika was painted on a building structure outside of Congregation Shaarey Tefilla. Along with Vice President Pence, State and City Elected Officials, community leaders rallied together to strongly condemn this act of hate and call for unity. 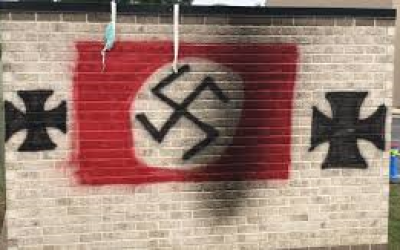 The second incident occurred in my hometown, Philadelphia, PA.  It was reported Tuesday morning that graffiti that said “F**k Jews” was found on the South Street Bridge. This bridge connects the Graduate Hospital/Rittenhouse section to University City section. This bridge is widely used by locals for their morning runs and to connect them to work across the Schukhill River. This incident occurred in Councilman Kenyatta Johnson’s district and once his office was alerted about this, he had the anti-Semitic graffiti removed within hours and released this statement:

“There is no place for anti-Semitism or any other type of hate in the City of Philadelphia,” Johnson said via email. “I think it’s unacceptable and sad that we are dealing with this in 2018.” 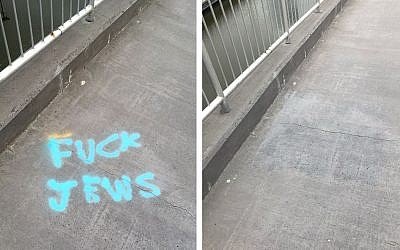 However, this is where things get weird in my opinion. Why didn’t Mayor Jim Kenney or Congressman Dwight Evans or Governor Tom Wolf speak up to condemn this and to call for unity in our community the way Indiana officials and community leaders did?  I’m thankful to ADL Philadelphia and Councilman Johnson for being a leaders in condemning this and calling for unity. But why didn’t the rest of our elected officials do the same in lockstep?  What am I missing?  Are the visuals not strong enough like they were in Carmel?  Doesn’t “F**k  Jews” send chills down the spine of any human being with a heart?

There is no place in society for individuals who promote Anti-Semitism, hate and bigotry. Zero. End of conversation.