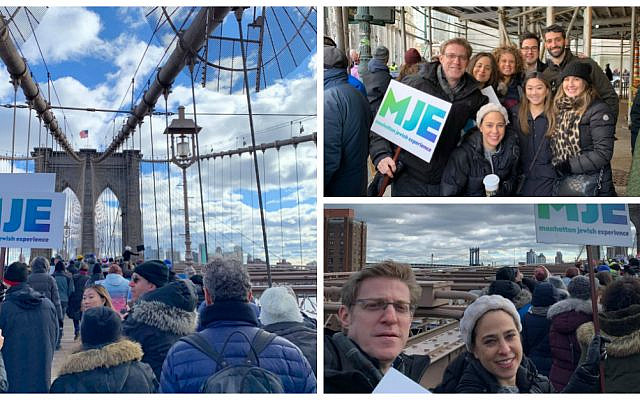 A crisis can bring out the worst in people, but it can also bring out the best. Within twenty-four hours of the horrific attack on the synagogue in Monsey, Rabbi Chaim Rottenberg, the rabbi of the shul, was back with his congregation celebrating the next night of Chanukah. I was also moved by how large of a gathering there was at the MetLife stadium Siyum Hashas, the event commemorating the completion of the seven-year Talmud study cycle. Given the number of anti-Semitic attacks in the New York and New Jersey area, it is a testament to the resilience of the Jewish community that no-one was actually deterred from going. One of the security officials remarked that he had never seen so many attendees at MetLife Stadium before, including the many football games he has covered! The head of security, charged with protecting the 95,000 Siyum attendees, shared that never before had his troopers been recipients of so much gratitude. The sheer number of people who approached individual officers to express their thanks was overwhelming.

I’m hopeful that the recent spate of anti-Semitic attacks will have the positive effect of creating greater unity in the community – something I felt yesterday marching across the Brooklyn bridge with tens of thousands of Jews of all stripes, chanting Am Yisrael Chai! It reminded me of my High School and College years when we marched for Soviet Jewry. The different groups in the Jewish community were able to put their ideological differences aside and come together to help their brethren behind the iron curtain. We are again presented with the same opportunity today. The Jewish community has a long list of enemies, some of them are to the far right, some on the extreme left, some are domestic terrorists and some foreign, but they all have same thing in common: they don’t care about our particular ideology or outlook. The only reason why ultra-orthodox Jews have been targeted is because they look Jewish and are more easily identified as such, but make no mistake: these attacks are on all Jews – irrespective of our particular orientation or denomination.

Our primary focus must be to combat the rise in anti-Semitism, but we must also recognize the opportunity for Jewish unity that this crisis presents. It was this kind of unity that recently helped defeat Jeremy Corbyn of England’s Labor party. Corbyn’s extreme hatred of Jews reawakened many unaffiliated Jews in Great Britain who joined with others to help bring about a stunning defeat of England’s Labor party.

Anti-Semitism has long been an impetus for reawakening Jewish people towards their traditions as well as inspiring unity amongst different groups. One of the greatest biblical examples of this is the Purim story, the next Jewish holiday we will observe. Haman’s attempted genocidal campaign against Persian Jewry motivated assimilated Jews to heed Esther’s call for a spiritual return to Judaism and it also inspired an unprecedented level of Jewish unity. It is that unity we celebrate each year on the holiday of Purim by sending baskets of food to one another and offering gifts to the poor.

Our immediate attention must be turned to defending ourselves, on working with law enforcement to fortify our synagogues and protect our places of worship. Our sweetest revenge though will be found in something much deeper: in using these attacks, as much as we must work to prevent them, to unite and bind ourselves to one another and to Judaism itself. If we can bring about this kind of positive outcome from these otherwise awful attacks, we will not only defeat our enemies but become stronger than ever.