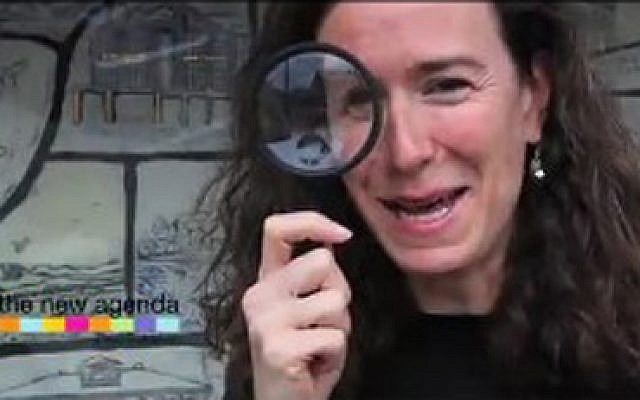 How being kosher can be seen as impure

Amy Siskind was a Wall Street executive turned feminist activist when US President Trump accessed to the throne. At first, she was in shock and after two weeks she decided to begin chronicling his assault on US decency and democracy. Her weekly reports, already for one-and-a-half years, take her some 30 hours each – charitable work, aimed at reminding us that his craziness is just that – in the hope that one day we’ll be able to return to normalcy. But then Siskind became a target herself. Not of the Trump camp or neo-Nazis. Rather, of the ultra-Left. What happened?

Siskind puts her weekly evaluations in a wider framework. However, she is more at home in anti-Sexism work than in the broader scene of politics. So, she made mistakes. At first, she is mercilessly assaulted for them. But that she made mistakes turns out to be just a lame excuse.

Siskind is characterized as a fake, not really against Trump, a closet Republican! Because in the past she has supported Republican con artist Sarah Palin for her “unique talent to foster cooperation.” From the point of view of a bipartisan activism for women’s rights, that’s understandable. From a political point of view, it’s naive. But to then call her a stealth Republican is of course completely baseless.

So what is the real reason for the deep aversion of her? A new Jewish Telegraph Agency report that now spread the word of slander about her does not give a clue. Except for those who can read between the lines.

You know what's BS? Resistors who flip out anytime two people argue on Twitter about something or call people out. They always say "no infighting!" Republicans aren't gonna keep the House because some dumb white lady like @Amy_Siskind is finally getting called out on her bullshit

American comedian and actress Kathy Griffin calls Siskind “some dumb white lady.” Please note that Griffin herself is some white lady. She became word-(in)famous for her photo shoot with a fake bloody severed Trump head for which she later apologized, which apology she later retracted twice. There is no doubt that she hates the 45th US President.

So, Griffin hates Trump. But why does she hate Trump critic Siskind? Not because she is white or a lady. Or even dumb. The pink elephant is so large in the room that hardly any oxygen is left for anyone else.

Let me give you one more hint. Two years ago, Siskind had the gall to condemn Black Lives Matter after it accused Israel of genocide.

Siskind is Jewish. Maybe not religiously (I don’t know) but her parents are both Jews. And Jews are seen by intersectionalists as not oppressed but rather as privileged. (For leftists who got trapped in this nonsense, see my recent post here.) The only way for Jews to redeem themselves and be “kosher” in the fight against “all” oppressions is by being anti-Zionists and by criticizing other Jews who are held hostage by the Right.

And that’s Siskind’s “problem.” She’s not a self-hating anti-Zionist Jew. She doesn’t even advocate herself as Jewish. She calls herself: “Advocate for women’s & LGBT rights, & equality. Mom. Gay. Dog lover. Jock. Nerd.”

“Closeted Republican” is code for closeted Jew – in the sense of: a secret imperialist, racist, mass murderer, oppressor, big capitalist. Siskind is a very fine and valuable activist, feminist and anti-Trump campaigner. She’s only trashed because of Jews hatred. And as I’ve noticed of all hard-core anti-Semites: they all lie (in order to defend their bigotry and stay hateful against Jews), so they won’t tell you the real reason. How much stronger would the Left be when it cleanses itself from animosity against Jews!

Sad. And dumb. To attack the best of activists.